More than 10 parents and community members opposed a potential closure of Georgia Brown Elementary School during the public comment period of the Paso Robles Joint Unified School District's April 27 board meeting. The superintendent said the district hasn't made a decision about closing the school. 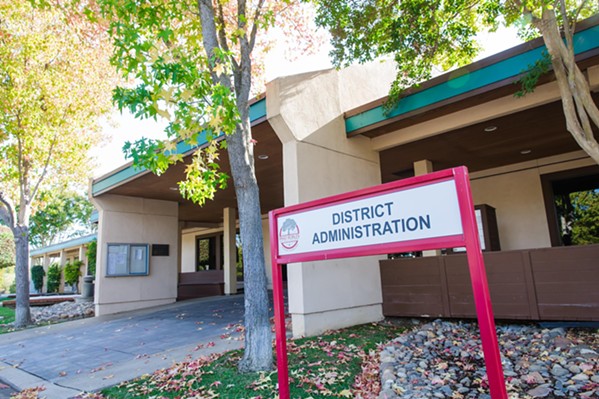 Paso resident Elena Garcia spoke during public comment about the "likely closure of an elementary school site in Paso, which we know is likely Georgia Brown."

"I'm just repeating myself at this point, but this decision is shortsighted and blatantly discriminatory toward our low-income Spanish speaking population," Garcia said. "Neighborhood schools are critical as they serve as emergency preparedness sites, promote neighborhood safety and educational opportunities."

In an English and Spanish email newsletter—a new communication method that began this year—Paso Unified Superintendent Curt Dobust said that much of the comment at the April 27 meeting was based on misinformation.

He blames the "confusion" on a report from the 7/11 Committee—an 11-member committee established in August 2020 to evaluate surplus property in light of the fiscal challenges the district has faced over the last several years. The committee serves as an advisory to the school board, so its report is nonbinding.

In January, the committee released a report stating that after it reviewed financial and enrollment data, it was clear that the district should examine the possibility of closing and/or consolidating an elementary school campus to reduce annual operational costs.

In the report, the committee recommended two vacant properties, Montebello and Phillips, be declared surplus and sold. In his newsletter, Dubost said the group also recommended that the board close an elementary school, which would save approximately $700,000 per year in overhead costs such as utilities, insurance, and administrative/support staff apart from the classroom teachers.

Dubost said that if a school were to close, classroom teachers would be transferred to other campuses, so class sizes would not increase. Dubost didn't mention that during the committee's last meeting, on Sept. 21, 2020, it voted to recommend closing the "Georgia Brown campus."

If the school were to close, the committee recommended relocating the "highly successful" Georgia Brown dual immersion program to the 24th Street campus that Flamson Middle School currently occupies; growing the expanded K-8 dual immersion program at Flamson Middle School; make the other five elementary school campuses in the district K-6 schools; provide transportation to displaced students; and make a concerted effort to reach out to parents of English learners.