The Paso Robles Joint Unified School District approved changing its election system from at-large to by-trustee-area in 2019, a process that started with two hearings and zero input from the community thus far.

Paso Unified intends to transition to by-area elections by the 2022 election cycle. 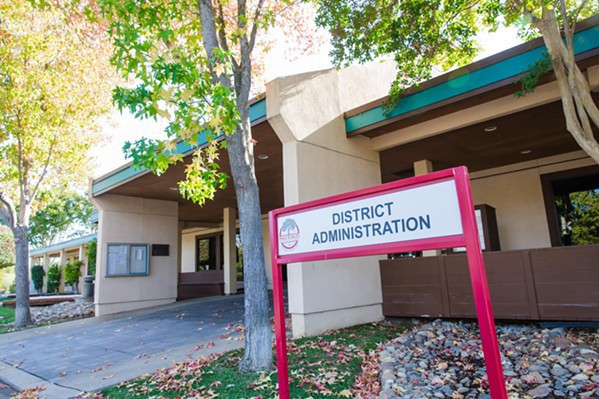 When the district transitions to by-area, candidates must reside in specific geographic areas within the district's boundaries called "trustee areas" and are elected only by voters who reside in the same trustee area.

The district is working with Irvine-based consultants Cooperative Strategies to gather feedback from the community, assess demographic information, and create a map of trustee areas for the district.

The consultants will try to ensure that each area contains a nearly equal number of inhabitants; draw a map that is compact and contiguous and complies with the Federal Voting Rights Act; respect the community's interest and incumbency; and take into considerations things such as school boundaries.

It will be doing this through a series of five public hearings, two of which occurred April 27 and May 11.

The two meetings were part of the pre-map design phase with a goal of gathering initial input from the community. However both meetings lacked public comment.

Larry Ferchaw, executive director for the western office of Cooperative Strageties, said that U.S. Census Bureau data from 2010 shows 46,165 inhabitents in the district, approximately 30 percent of whom are Latino, 65 percent are white, 1 percent are Black, 1 percent are American Indian, 2 percent are Asian, and 1 percent are Pacific Islander.

According to recent data from the American Community Survey, an arm of the Census Bureau, Ferchaw said that roughly 46,000 residents are eligible to vote. With that data, the map could be split into seven voting areas with about 6,600 residents each.

"This information is used to see if we are able to create areas where members of protected classes are able to have an increased influence in the outcome of the election," he said.

During the district's second hearing about the elections on April 27, staff said it paid for notices in two news publications, as well as put out information via newsletter, email communications, and parent bulletins. At that meeting, it received two written public comments.