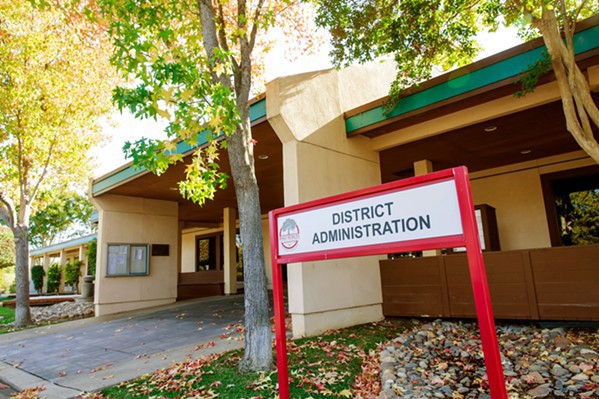 Paso Robles Unified School District board wasn't unified in identifying how to proceed with a public discussion on critical race theory during its July 13 meeting, the same meeting where it received legal guidance on translation service requirements.

The board once again discussed critical race theory and the possibility of its presence in Paso's classroom curriculum, nearly a month after board members and the public debated it at a June 22 meeting.

For the second time, the board did not come to a consensus about when and how it should look into the issue.

Board member Nathan Williams said he appreciated board members' and the public's opinions on the topic but he didn't see how it pertained to their district. Williams pointed to state and district education code that plainly states critical race theory is not being taught in K-12 classrooms.

"We're talking about having a study session so we can talk about our opinions of what critical race theory means, and it's not something that's here for us now," he said. "This is not a wise use of our time."

Board Clerk Chris Bausch requested that the board vote on having a public forum or town hall to hear the public's opinions about critical race theory, however, Superintendent Curt Dobost wanted a study session.

Board President Chris Arend's draft resolution that would, if passed, ban the teaching of critical race theory in Paso schools is also on the table.

The board heard from 15 members of the public who called in or submitted emailed comments. A majority of them were against critical race theory, saying it taught segregation, would make students "feel bad for being white," might cause depression, and cause further division within the community.

Resident Helen Blyth said via email that she wanted the board to ban the teachings throughout the school district.

"This murderous theory must not be used to subvert and pollute the minds of our people. Neither students nor teachers. Since when does pitting any race against any other race accomplish lasting harmony. None of us created ourself," Blyth said.

Bausch made a motion to direct staff to provide the board with options of a town hall or study session for the board to decide on—the motion failed and the board unanimously agreed to instead adjourn the meeting.

At the start of the July 13 meeting, Roman Muñoz, attorney for Lozano Smith Attorneys at Law, gave the board an informational presentation about public meetings that included legal guidance on public comment, public record act requests, and translation services.

Spanish speakers have clashed with board members during public comment in the past, most recently during a debate over an elective ethnic studies course in April.

Muñoz said the education code requires that a school site where 15 percent or more of the students enrolled speak a single primary language other than English has to translate the information going out to the community.

He clarified that while the Paso school district is working to provide translation services for phone-in, Zoom, and in-person commenters, it isn't legally required. The board, Muñoz said, needs to identify what works for them and the public that needs the translation. He also said that the Brown Act does state that local agencies allow additional time for members of the public who don't speak English to have their public comment translated.

Arend said that his rule of thumb is if someone can speak both English and Spanish fluently, he encourages them to speak English and not waste the board's time with translation if it's unnecessary.

"Under the California Constitution we have a duty that imposes on state officials, we have a duty to preserve and enhance English as the common language of the state of California. That's why I've taken this position here repeatedly," he said.

The California Constitution's Article 3, Section 6, states that English is the common language of the people of the U.S. and the state.

"I don't believe it's necessarily, 'If they can speak both languages let's make them speak English.' Going back to the underlying concept here is give them the opportunity to speak, to communicate, to the board. Members of the public have the constitutional right to speak at board meetings and to attend them," Muñoz said. Δ