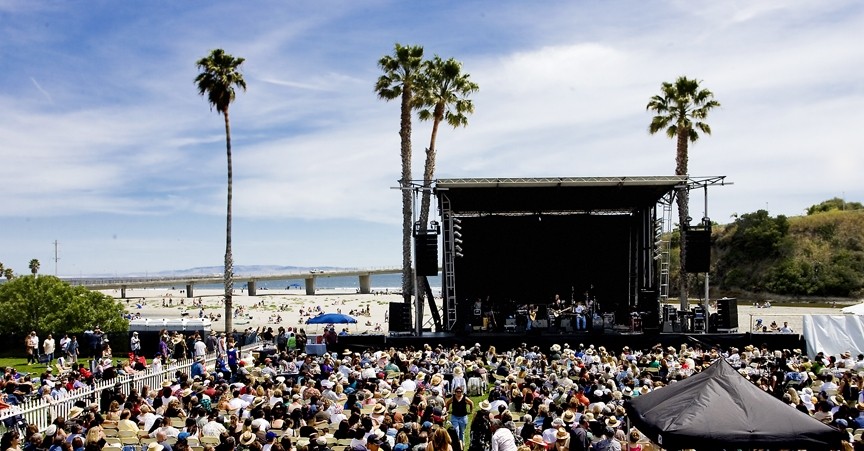 Glen Starkey is my hero. The man gets paid to watch movies, listen to music, go to swanky parties, and write articles replete with boob jokes. He’s living the dream, like New Times’ own Slurms McKenzie.

When I heard that Starkey needed a weekend off because the schedule of weekly art parties was wearing on him, I died a little. It was like learning that not only is Santa actually mom’s fat friend from work, but that dad’s leaving and Santa will be sleeping over sometimes. And yet, just like Christmas, the emotional pain vanished when I saw I’d get a present: two weeks as relief art basher. Joy!

The news was a little overwhelming, so I went to the Legend himself for help. Deep in the New Times’ underground bunker, he shares a separate office with photographer and fellow movie critic Steve Miller.

Peeking in shyly, I found him hunched over a keyboard. Classic Starkey. I asked for his advice and sat back as the wisdom poured from his lips.

“It doesn’t have to be an art reception at some gallery. It can be anything, really.” Glen Starkey, the Glen Starkey, was actually talking to me. I suppressed a squeal. “Just insert yourself into the story and try to encourage people to go to these cool events we have all over the area.”

That sounded easy enough. I’ve always enjoyed inserting myself into things. But where would I go? A little Googling revealed that Oct. 15 to 17 is Paso’s Harvest Wine Weekend, but there’s also a clam festival in Pismo, Oaktoberfest in Avila, and … no way. It seemed too good to be true. Damian Marley, the youngest son of Bob Marley, and hip-hop legend Nas are doing a show that weekend.

I figured there was no way the paper would send me to a rap concert, but I had to ask. I prepared a whole speech about how lyricism is an art form and how a community filled with college students could use more articles to which the youth can relate. When I called Managing Editor Ashley Schwellenbach, I forgot the whole spiel. I flattered her shamefully and begged. To my surprise, it worked.

She called some people, and now I’m going to see Nas and Marley’s Distant Relatives show at the Avila Beach Resort on Sunday, Oct. 17. I couldn’t be more stoked.

Damian Marley is the man who opened my eyes to rap music. I always thought it was nothing but clicks and whistles with crappy rhymes about bitches and bling. Then I went through this “phase” where reggae music was suddenly awesome (wink wink, cough cough). I gave all of Bob’s kids a shot and stumbled upon this guy with intricate rhymes and intelligent messages. Turns out rap can be really good. I discovered other artists with similar traits, and it wasn’t long before I found Nas.

Nas did a verse for a track on Marley’s Grammy award winning album, Welcome to Jamrock. The collaboration went so well that the two did an entire album together.

Katie Manley, the events coordinator for the Avila Beach Resort, said each artist will perform individually before finishing with a tag team (“duet” is too soft a word for hip-hop) set.

“It’ll be two and a half hours of music,” Manley said.

The gates will open at 2:30 p.m., and the music will start shortly after in the outdoor, beachside venue. Manley said tailgating is strictly prohibited and that no outside food or drinks will be allowed. The Grill at Avila Beach will provide the beer and grub.

The only other vendor will be Forever Stoked, a local collection of artists who produce surf-themed art (see? I knew there’d be a legit art excuse to go to this thing). They’ll be selling prints, post cards, and T-shirts with elaborate images of pristine waves, coastlines, and sunsets.

“It’ll be a great crowd for us,” said co-founder Chris Pederson. “That reggae style is our demographic.”

I talked to Christina Cordovi, a friend who’s seen Marley before, in an outdoor concert with his brothers.

“It was way chill,” she said. “People were keeping the blazing kind of hushed, but everyone was dancing, and it was a great show.”

Tickets for the concert cost $35, but Manley said there are still plenty available. The venue holds 3,000 people, and she’s expecting to sell out at the door. See you there.

Intern Nick Powell abused his newspaper connections to score free concert tickets. He can be reached through Executive Editor Ryan Miller at rmiller@newtimesslo.com.