You may be cool, but you're probably not Paul Thorn-level cool. The Southern gentleman and world class singer-songwriter was a professional boxer who fought a televised bout with Roberto Durán in 1988. Thorn's career record was 10-3-1, with one of the losses coming at Durán's famed "Hands of Stone" in that fight. 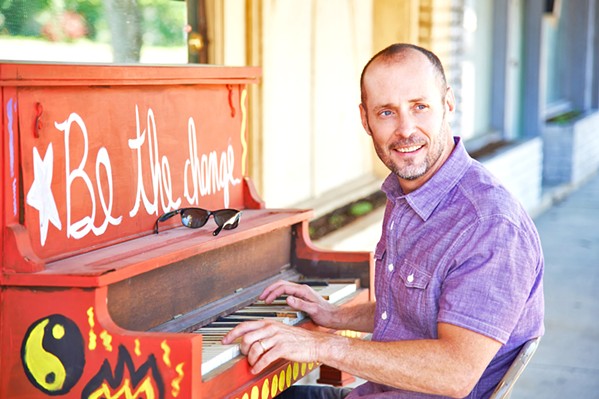 After his boxing career, he was living and gigging in Tupelo, Mississippi, where he was "discovered" by Miles Copeland, The Police drummer Stewart Copeland's brother. He began his recording career in 1997 with Hammer and Nail, and his most recent album, the gospel-filled Don't Let the Devil Ride, came out last year. It's his ninth studio album.

"This is the culmination of my whole life in music, coming back to my gospel roots," Thorn said in press materials. "My message on this record is 'let's get together'—I want to help lighten your load and make you smile."

Born in Wisconsin but raised in Mississippi, Thorn is a preacher's son, and that background informs his music. He spent a lot of time in church, singing and participating in his father's services. He and his father often visited neighboring African-American congregations, "where he became entranced with the music whose infectious spirit is captured on the new album."

Don't Let the Devil Ride is filled with the songs of black southern gospel groups. Some guest performers include the Blind Boys of Alabama, the McCrary Sisters, the Preservation Hall Jazz Horns, and Bonnie Bishop.

The record was mostly inspired by the African-American branch of his father's church, the Okolona Sunrise Church of Prophecy.

"There might be 10 people playing the tambourine, but the rhythm was locked in, and they'd let me play bass," Thorn recalled. "I loved the Appalachian gospel of my parents' church, but it was a treat to play with those musicians. They worshiped in a different way and the music was different, and I feel blessed to have been in that church setting."

Thorn's feelings about religion have evolved from his youthful experiences, which were filled with fire and brimstone-style sermons and where some congregants spoke in tongues.

"I think that they use guilt to intimidate you, but I don't buy into that anymore. There ain't no love in that," Thorn said. "One of the things that I take a lot of pride in is that I love everybody, and what I learned in church paid dividends. When I'm up there entertaining, it's also a glimpse of what my life has been, and how gospel music has molded me into who I am."

Thorn wasn't allowed to listen to secular music as a kid. He remembers as a teen having to hide two albums he secretly bought—Elton John's and Huey Lewis'—but he listened to the likes of Kiss, Peter Frampton, and the bawdy "chitlin' circuit" comedy albums at friends' houses.

Eventually his rebelliousness landed him on the wrong side of his father, so at 18 he took out a loan to buy a trailer, started working in a furniture factory, joined the National Guard, started playing solo gigs in Tupelo for $50 a night, and boxed professionally.

"I went a long way in boxing, and got to fight one of the greatest, but the reason Durán beat me and everyone else was that he had the ability to relax under extreme pressure," Thorn recalled. "When I was in the ring, I was nervous and afraid, but when I'm on stage I'm comfortable. I've been singing in front of people all my life, and I know what I've got to do."

Numbskull and Good Medicine Presents are bringing Paul Thorn to Presqu'ile Winery on Saturday, July 6 (doors at 6 p.m.; all ages; $27 presale at Boo Boo's and ticketfly.com or $30 at the door). This guy puts on an amazing show, and his stories are as good as his music. Don't miss it!

Also this week from Numbskull and Good Medicine comes Rising Appalachia at Presqu'ile Winery on Sunday, July 7 (doors at 6 p.m.; all ages; $25 presale at Boo Boo's and ticketfly.com or $30 at the door). Sisters Leah and Chloe Smith have traveled the world and used those experiences to develop their sound that's filled with global influences.

"We're folk musicians at our core," Leah explained in press materials. "The experience of playing music together, looking at each other, is the bedrock of what we do and how we've grown up with music."

You can get your warm summer night outdoor fun fix when The Brothers Comatose plays the SLO Mission Plaza on Thursday, July 11 (5:30 p.m.; all ages; $18 presale at Boo Boo's and ticketfly.com or $20 at the door), with Derek Senn and Arthur Watership opening. The Brothers Comatose mixes traditional bluegrass, country, and rock.

U.S. Marines vet and award-winning singer-songwriter Gethen Jenkins plays Sweet Springs Saloon on Thursday, July 11 (8 p.m.; 21-and-older; $13 presale at Boo Boo's or ticketfly.com or $15 at the door). If you like outlaw country, this is the show for you.

Trombone Shorty and Orleans Avenue plays the Fremont Theater on Tuesday, July 9 (9 p.m.; all ages; $45.49 at Boo Boo Records or fremontslo.com). On his new album, Parking Lot Symphony on Blue Note Records, he starts with "Laveau Dirge No. 1," which is named after one of New Orleans' most famous voodoo queens, but the mourning ends there and the album is filled with the sort of funk and jazz he's known for.

Members of Edward Sharpe & The Magnetic Zeros, The Meters, Better Than Ezra, and Dumpstaphunk co-wrote some of the songs, and the album began with Troy "Trombone Shorty" Andrews in a room, all alone, back in New Orleans.

"I had two weeks at home so I went to the studio and set up the 'playground,'" he recalled in press materials. "I had everything in a circle: tuba, trombone, trumpet, keyboard, Fender Rhodes, Wurly, B3 organ, guitar, bass, drums—and me buried in the middle. It's a life record about prevailing no matter what type of roadblock is in front of you."

Up at Vina Robles Amphitheatre, check out Jim James and The Claypool Lennon Delirium on Friday, July 5 (7 p.m.; all ages; $31 to $41 at vinaroblesamphitheatre.com).

"For over 150 years, the firm of Claypool and Lennon has been providing clients with only the finest in rock and roll delirium and stark raving madness," James said in press materials. "This summer, I am excited and honored to say that we will be teaming up to offer a brand new twist on one of the most time tested and proven methods for inducing beautifully swirling and whirling delightfully delicious delirium: the healing power of rock and roll!"

"Tour pairing is often a challenge in my world but I think we have a good package with The Delirium and Jim James," Claypool added. "Jim's music, from my perspective, is palatable to the masses yet has just enough eclecticism to keep an oddball like me intrigued. I look forward to shambling around the country with him." 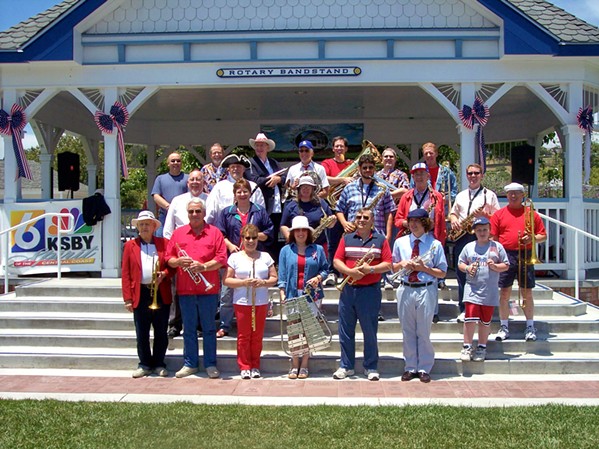 Pasadena band Canto features the Blackwell brothers playing a mix of surf, psych, blues, and hip-hop. Check them out at the Frog and Peach on Sunday, July 7 (9 p.m.; 21-and-older; free). 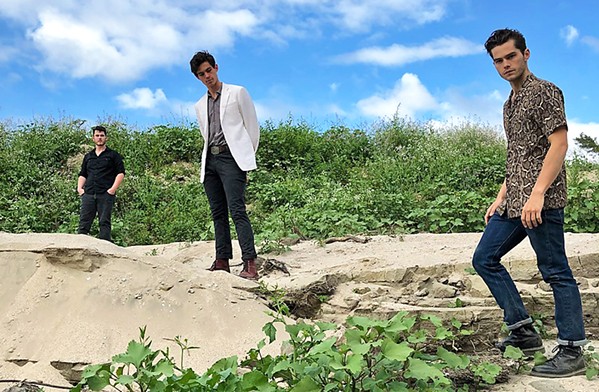