Peoples' Self-Help Housing has its eye on two new projects to serve local homeless individuals with mental illnesses—and it's hoping a new state grant program can help make them a reality. 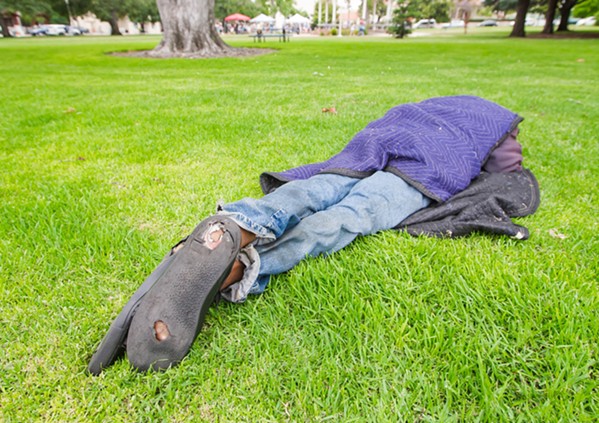 The nonprofit and the San Luis Obispo County Health Agency joined forces to apply for up to $15 million as part of the No Place Like Home program, a state initiative that's providing counties with funds to construct permanent supportive housing amid its homelessness crisis. In SLO County, a 2019 Point-in-Time count found a 32 percent increase in homelessness compared to 2017.

If awarded the grants, Peoples' Self-Help Housing could likely move forward on its planned projects—a 42-unit complex at 2455 El Camino Real in Atascadero (near the Del Rio Road intersection) and a 50-unit complex at 855 N. 4th St. in Pismo Beach.

The apartments and their rents would be heavily subsidized, with mental health services provided to tenants by the SLO County Health Agency.

"There's a lot of funding coming through the state government for affordable housing," said John Fowler, CEO of Peoples' Self-Help Housing. "This funding source has really become available very quickly, and we jumped on it. It's a hard population to build houses for."

Earlier this year, SLO County missed out on the first round of competitive grants under the program, as Transitions-Mental Health Association failed to secure property for a $5 million project.

This time around, the county and Peoples' Self-Help Housing has ambitions for two projects instead of one and three times the amount of grant funding. SLO will compete alongside 13 other medium-sized counties for the $52.4 million that's available.

Fowler said his nonprofit could likely leverage the grant into another $20 million from other funding sources to round out financing for the two projects.

"By getting this approved, we really move forward with the opportunity that these [projects] will actually happen," he said.

The state is expected to makes its decisions on the grant recipients in June 2020. Δ