The fate of a local developer charged with domestic violence will be in the hands of a SLO County judge and not a jury. 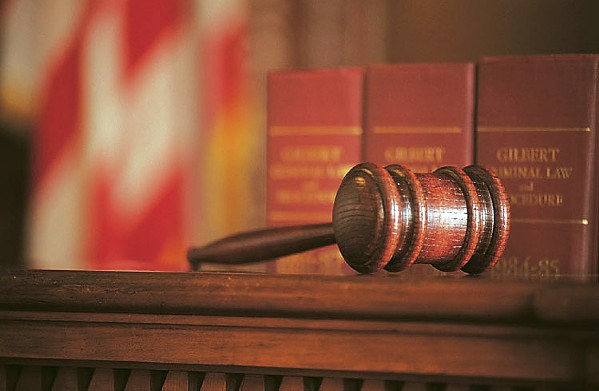 Ryan Joseph Petetit pleaded no contest to five felony charges on Nov. 15, including two counts of inflicting corporal injury on a cohabitant, assault with great bodily injury, false imprisonment, and dissuading a witness, according to court records. The charges stem from a November 2015 incident in which Petetit allegedly physically attacked his then girlfriend in an Arroyo Grande home. Petetit originally pleaded not guilty to the charges in September 2016.

According to SLO County Assistant District Attorney Eric Dobroth, Petetit entered an "open plea," meaning that there was no prior agreement between prosecutors and his defense about sentencing, a move he characterized as not rare, but "uncommon."

"The prosecutor is free to argue for whatever sentence she or he feels is appropriate," Dobroth said in an email response to questions from New Times. "But the court will ultimately make the call."

According to Dobroth, the maximum sentence for the charges against Petetit would be five years and eight months in prison, but a judge will ultimately decide.

Until the change in plea, Petetit's case appeared to be heading to trial. In early November, New Times reported that SLO County prosecutors were asking a judge for permission to include past claims of abuse by two other women in their case against Petetit.

Petetit's sentencing hearing is scheduled for Jan. 17, according to court records. In addition to the criminal case against him, Petetit was also named in civil suits against the now-defunct local development group PB Companies and his former business partner John Belsher. Petetit is also being sued for $10 million by a former girlfriend for damages she claims were the result of domestic abuse she suffered during their relationship.