The It's All About The Light photography exhibit will be on display at the SLO Museum of Art through June 30. Visit sloma.org for more information.

Glen Hush, an Idaho-based photographer, chalks it up to the ever-changing light.

"We're just chasing light," Hush said. "You can go to the same spot over and over again and never get the same picture because of light."

Hush's photos, along with the works of other photographers from across the country, are currently on display at the San Luis Obispo Museum of Art's It's All About The Light exhibit. Photographers were asked to consider how light impacts their work. The show is sponsored by the Central Coast Photographic society and juried by photographer Marc Muench. After studying 195 submitted images, Muench selected 46 photographs for exhibition.

Hush, who leans toward realism in his work, shoots wildlife and landscapes. His photos look almost unreal.

"The clouds opened up for maybe 20 minutes, and in 20 years I've never seen a herd of buffalo in that pasture," he said. 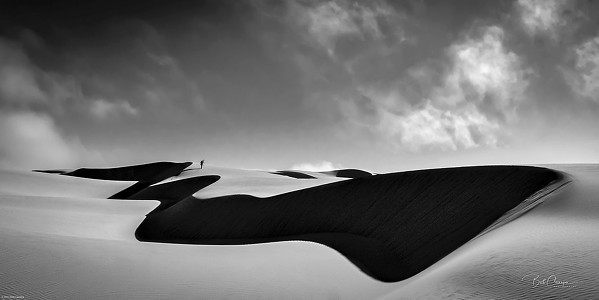 San Luis Obispo photographer Bob Canepa knows all about finding the right moment. The photographer regularly goes to the Oceano Dunes to shoot photos, but never on the weekends when sand is filled with footprints or on Monday when beach campers may still be lurking. Instead, Canepa shoots in the middle of the week, when the coastal getaway is more tranquil.

"The Oceano Dunes is one of my favorite places," Canepa said. "I'm aware of everything around me, but I'm also lost in space."

Even shooting in black and white, Canepa's photos of the dunes drastically differ depending on the light.

"Light impacts it in every single way," he said. "You get to see different things." 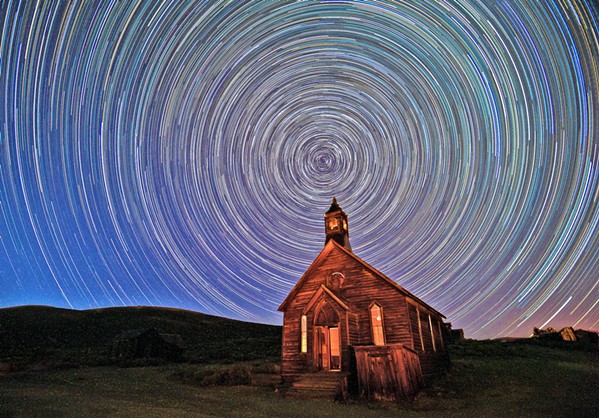 Morro Bay photographer Alice Cahill recently got into taking pictures at night, which brings a whole new perspective when it comes to light.

"Light is everything," Cahill said. "I try to use the light to play an emotion in the viewer."

Her piece, Holy Night, which won Honorable Mention in the SLOMA show, was shot at night in Bodie, near the California-Nevada border, and it shows a charming old chapel set against a background of twinkling, twirling stars, reminiscent of Vincent van Gogh's The Starry Night. Cahill considers herself a photographic artist and will digitally alter images to create a specific effect.

"I work in photography but will change it to make a more artistic presentation," Cahill said.

Overall, Cahill hopes that viewers of her work get a taste for what she feels when she's out shooting photos in nature.

"My hope is that it brings them a feeling of joy and maybe inspires them to go out on their own and take pictures and pass it on," she said. Δ

Arts Writer Ryah Cooley is taking a selfie with less than ideal lighting. Contact her at rcooley@newtimesslo.com.