In a move that was described by all parties as "very rare" and "extraordinary," Pismo Beach City Council banned a Santa Maria-based engineering contracting company from working on city projects for the next five years, the result of a recent project that city staff say was repeatedly delayed due to the company's shortcomings.

At a meeting on Nov. 17, Pismo Beach City Council voted unanimously to declare V. Lopez Jr. & Sons Inc. a non-responsible bidder, which disqualifies the contractor from working on Pismo Beach projects for the next five years. 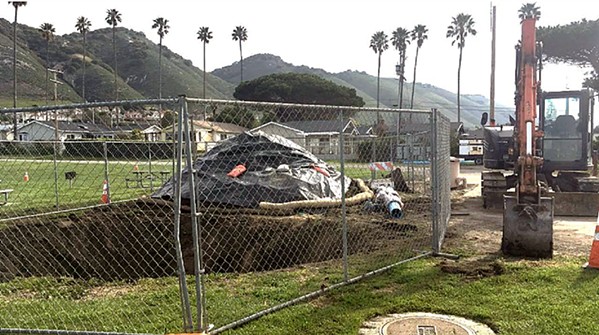 At the meeting, city staff said V. Lopez was tasked with replacing the Five Cities Lift Station, a project that started in 2018 and included performing maintenance on six lift stations and repairing a wastewater collections system. But according to the city staff report, various glaring mistakes and a lack of preparation on the part of V. Lopez led to a 69-day delay in the completion of the project and roughly $323,000 in losses to the city.

"This is actually a very rare thing for a City Council to do and a very rare item," City Manager Jim Lewis said at the Nov. 17 meeting. "And it was certainly with a heavy heart and a heavy frame of mind that I added this to your agenda. But it really has to do with public safety and the integrity of our projects."

In its staff report, the city claims that throughout the construction process, V. Lopez consistently initiated work without the necessary materials and equipment and demonstrated a lack of understanding of public works processes and requirements, which often led to the use of city staff and materials to help complete projects.

But Vince Lopez III, president of V. Lopez Jr. & Sons, said the project delays stemmed from the city's inadequate design plan and inaccurate specs. V. Lopez has been in businesses for more than 40 years, he said, and his workers fully understand what it takes to get a public works project done.

"We've never seen anything like this, and it's just my opinion that we're getting ramrodded by the city," Lopez told New Times.

Lopez said he plans to fight Pismo's declaration and ban on his company in court.

"The main thing is our name," he said. "Our reputation. In 41 years we've never been banned from any city, county, any customer that we've had. When somebody sees that, they're not going to see my point of view." Δ