Smokers in Pismo Beach may find themselves with fewer places to light up in public after the New Year.

Members of the City Council are considering expanding the city's public smoking ban and plan to take up the issue at their first meeting in January 2019. The move comes after the city was given a failing grade by the American Lung Association. A report by city staff also indicated that some residents have also advocated for expanded the ban. 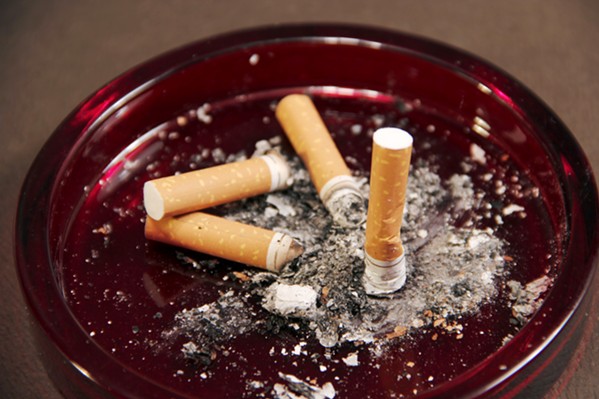 "Staff has been approached by a number of citizens requesting that the city consider increasing the restrictions where public smoking is prohibited," the report stated.

Currently the city has various ordinances that ban smoking in specific public places including parks, playgrounds, the city beach, the Pismo Pier, and within 20 feet of any public building. According to city staff, those bans weren't comprehensive enough for the city to earn a passing grade from the American Lung Association in its annual 2018 Tobacco Control Report Card. According to the association's report, Pismo was one of two cities, along with Atascadero, in SLO County to receive an F grade. The report noted that Pismo Beach didn't have bans on smoking in outdoor dining areas, at public events, or on sidewalks or in entryways.

To create a more comprehensive ban, the city can either pass ordinances that specifically list each place where public smoking is banned, or pass a blanket ban on smoking in all public places in the community. Either way, the ban would include tobacco products, cannabis, and electronic cigarette products.

The City Council was originally going to tackle the issue at its Dec. 18 meeting but pushed the item to Jan. 8 because only three of its five members were present. Δ