A Pismo Beach man who says he was severely injured by an exploding e-cigarette filed a lawsuit against the device’s manufacturer, and the local shop that provided it to him.

According to the lawsuit, Darin Dyroff suffered third-degree burns to his hands and face, as well as other injuries, as a result of the explosion. 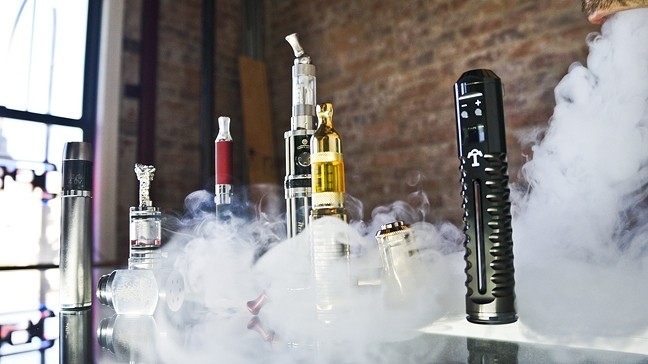 The incident occurred on Dec. 20, while Dyroff was using an e-cigarette device at VIP Vapor Shop and Lounge in Pismo Beach. According to the lawsuit, Dyroff, who began using e-cigarettes or “vaping” in order to quit smoking traditional cigarettes, used a device gifted to him by the store’s manager. The e-cigarette was made of multiple parts including foreign-made lithium-ion batteries and a component that atomizes the flavored liquid in the e-cigarette manufactured by the U.S.-based Kennedy Enterprises. According to the suit, Dyroff purchased the atomizer component from VIP.

“When [Dyroff] pressed the button on the Kennedy Atomizer, the e-cig exploded, igniting his right hand, and sending hot metal shrapnel and debris toward his face and hands,” the lawsuit states.

The explosion not only severely burned Dyroff’s right hand, but he also suffered multiple lacerations, a flash burn to his right eye, and experienced pain in his lungs from inhaling fumes and debris from the e-cigarette’s exploded battery. According to the lawsuit, the explosion left Dyroff both physically and emotionally scarred.

The lawsuit asserts that the growing e-cigarette industry, which raked in roughly $2.5 billion in sales in 2014, is virtually unregulated when it comes to product testing and safety. Many devices are designed poorly and made from low-quality materials, and there is little to no regulation requiring manufactures, distributers, and sellers to spend money on ensuring product safety, the suit claims.

“This unregulated environment creates an industry that is full of lucrative business opportunities. And injured consumers,” the lawsuit states. It goes on to assert that Kennedy failed to make sure its products were safe before they went to market and that VIP Vapor Shop and Lounge failed to warn Dyroff of the potential risks of an explosion.

John Rubio, manager for the VIP Vapor Shop and Lounge said he had no comment on the lawsuit. Kennedy Enterprises didn’t respond to requests for comment, but does feature some safety warnings in its wesbite’s terms of use.

“Rebuildable atomizers are for the experienced vapers with access to multimeters and a working knowledge of how electronic devices work,” the website states. “Please ensure care is taken as to not cause damage/harm to the atomizer, vaping device, or yourself.”