Looking to get some new ink or a massage in Pismo Beach? Your options might be limited.

Members of the City Council voted unanimously on Dec. 4 to enact a temporary moratorium on new tattoo parlors, massage parlors, smoke shops, and other selected businesses within the city. 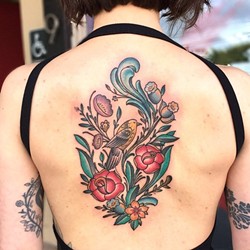 The moratorium was enacted under an urgency ordinance and bans the approval, expansion, or relocation of those businesses for the next 45 days. According to a report from city staff, the item was brought to the council out of concern that proliferation of such businesses was inconsistent with the council's vision for the city, particularly downtown Pismo Beach.

According to a staff report, the city's zoning codes have not been comprehensively updated since the mid-1990s, and as a result do not address land uses that "may have a tendency to negatively impact the health, safety, and welfare" of the city, with little to no regulation.

"The downtown zone is very permissive and it really allows for anything to be downtown," Pismo Beach City Manager James Lewis said.

Lewis said the city planned to use the moratorium to study the issue and possibly develop new ordinances to tighten up the city's zoning codes on such establishments. That effort will likely take several months, requiring staff to come back to the council after the temporary moratorium expires in January and ask for a 10-month extension.