Although the Land Conservancy of San Luis Obispo County has secured all permits for the Pismo Preserve parking lots and visitor amenities, construction won't finish until all the project's funding is finalized.

Approximately $3.5 million is still needed to complete the $17 million project, which includes the purchase of the land.

"If we had the money, we could start right away, and construction could be done in six months," conservancy Executive Director Kaila Dettman said. 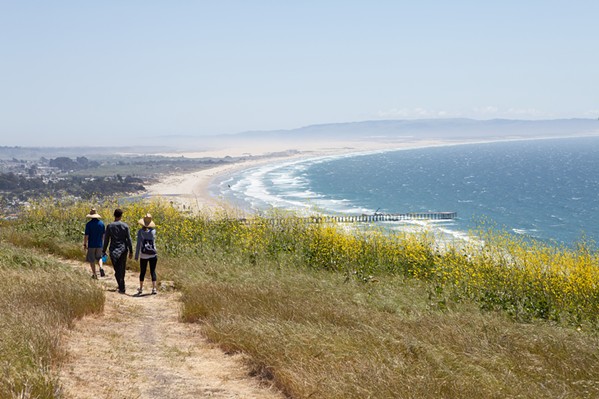 The organization is hoping that the remaining funds will come from individual donations, local organizations, government, and businesses.

With the permits in hand, the conservancy will be able to work on improvements to Mattie Road that include a sidewalk; widening of the entrance; and construction of several retaining walls, a picnic area, restroom facilities, bike racks, and a paved accessible trail along the lower terrace of the preserve. The parking lot will have a total of 54 parking spots, including some designed for people with limited mobility, motorcycles, and truck and horse trailer rigs.

"With these improvements, people will be able to get out on this preserve every day safely any time during the day from an hour before dawn and an hour after sunset," Dettman said.

The Land Conservancy had to significantly redesign the parking lot area after preliminary archeological work revealed a previously unrecorded Northern Chumash cemetery. The redesign, a collaboration between the Chumash and the conservancy, avoids disturbing the cemetery and balances the need for visitor access.

In 2014, the conservancy bought the 900 acres of land for roughly $12 million, with a $1.2 million endowment to maintain the preserve. That same year, the San Luis Obispo Board of Supervisors unanimously approved $1.1 million from county park fees to go toward funding the preserve project.

In early 2016, volunteers and members of the Land Conservancy worked to pave the trails for the land, but access to the preserve is limited. Discovery Days and guided hikes will be closed to the public during this construction phase. Δ


Correction: This article was corrected to reflect the redesign of the parking lot occurred after discovering an unrecorded Northern Chumash cemetery.