by Camillia Lanham and Peter Johnson

Three San Luis Obispo County cities are eyeing major changes to their parking policies as a crunch for spaces continues to impact the bustling downtowns of Pismo Beach, SLO, and Paso Robles. 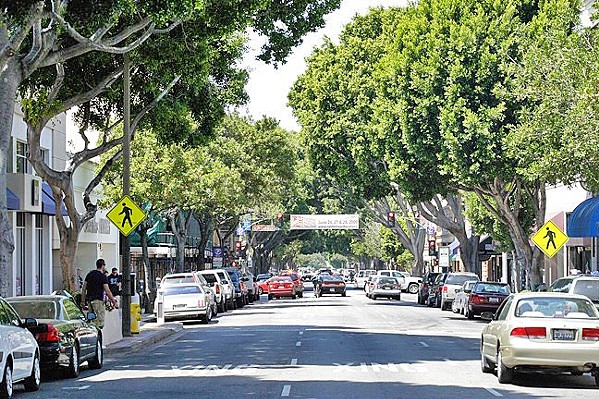 Parking is such an issue in Pismo Beach that the City Council decided to put its off-street parking waiver program on hold (except for certain affordable housing projects). Since 2005, the program has collected $360,000 in fees from downtown development projects that chose not to provide some of the required off-street parking spaces. During a discussion at the Nov. 6 City Council meeting, Councilmember Marcia Guthrie said the program didn't make any sense because there weren't enough parking spaces downtown to begin with.

"I have a real problem with offering this and jamming up our downtown even further," Guthrie said.

She said she just watches people circle and circle, searching for a spot to park their cars. With roughly 1,400 parking spots in the downtown core, the city ceded 22 parking spaces to developers in exchange for money or an offset such as art, landscaped space, or a seating area. The program started as a way to give businesses the ability to expand on properties that had a limited space.

Councilmember Sheila Blake pointed out that when the program began, Pismo had the street parking spaces available to "sell." That's no longer the case.

The council voted to put the in-lieu program on hold until the city could find a way to provide more parking spaces. New projects or business expansions will now have to provide 100 percent of the required off-street parking—and if developers can't, they'll have to change what they're building.

A parking structure is one of the keys to Pismo Beach's parking dilemma, although the city doesn't have any land marked for the project yet. In-lieu parking space fees, parking meters, and ticketed parking lots have all chipped in to the parking structure fund, City Manager Jim Lewis said during the meeting.

"Is it plausible to have a parking structure in three years? I think so," Lewis said.

Over in San Luis Obispo, city officials are also looking at new garages as the city readies for an overhaul of its parking and access plan in 2019. On Nov. 13, SLO City Council members supported plans to build a garage on the corner of Nipomo and Palm streets, expected to open in 2023.

Spearheaded in 2016, the garage is not only expected to relieve downtown congestion with 400 new spaces, it's viewed as essential to the city's long-term vision of shifting parking off the main drags of Higuera, Monterey, and Marsh streets. That vision is reflected in SLO's recently updated Downtown Concept Plan, which looks toward a future of autonomous vehicles, rideshare services, and a pedestrian-focused downtown experience.

"[The council's] priority is implementing some of those key features, [like] the conversion of street parking to outdoor dining and bike parking," said Tim Bochum, deputy director of SLO Public Works.

SLO is raising downtown parking rates each year through 2020 to help fund this and other parking initiatives. City officials are also in talks with SLO County and private entities on a possible parking garage east of Santa Rosa Street.

"The county has a lot of employees downtown and not enough parking for future and existing needs," Bochum said.

Bochum said those complaints have tapered this year but that residential parking is difficult to enforce because each one has a custom set of hours.

"The consensus is that we should get out and see if we could standardize some of the hours in those districts," he said.

While SLO continues to tweak its already-sophisticated parking system, Paso Robles is in the process of overhauling city parking rules that haven't changed since 1956.

On Oct. 16, the Paso City Council approved a series of revisions to its parking ordinance that will pave the way for a host of new initiatives like a downtown employees parking program, which the council approved on Nov. 6.

Each of these measures would require separate City Council approval. Δ