An increase in the number of police officers patrolling the streets led to a rise in drunk driving arrests in Pismo Beach.

In a recent presentation to the Pismo Beach City Council, Police Chief Jake Miller credited filling out the department's officer positions with a spike in DUI arrests in the first half of 2018. 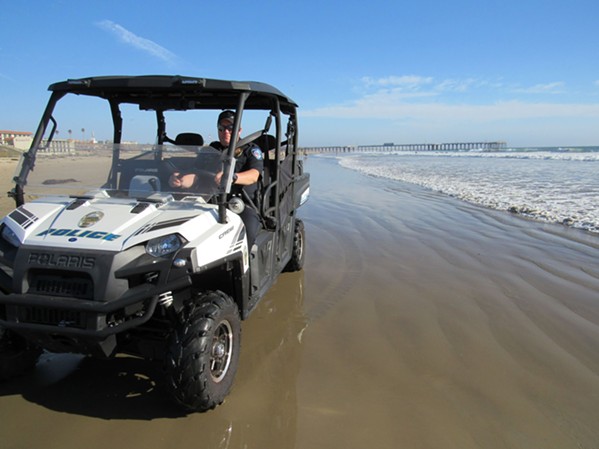 "We've got a good team," Miller told members of the council at a Sept. 18 meeting.

According to a semiannual report, the department recorded a total of 81 DUI offenses in the first six months of 2018. The number is up from 60 for the same time period last year, and just 27 for the same time period in 2016. Miller said that 93 percent of the 2018 offenses involved only alcohol, while 5 percent involved both drugs and alcohol. Less than 2 percent of this year's DUIs were solely related to drugs.

Miller said the department utilized a recently hired crime analyst to look into what caused the spike in DUIs.

"Really it comes down to the fact that we have a full staff and we just have more officers out there," he said.

In recent years several police departments in San Luis Obispo County have struggled with recruitment and retention of police officers, citing the high cost of housing and other factors as barriers to hiring and keeping officers. Pismo Beach was no expectation. But after pay and benefit increases and other incentives, Miller said his department is close to full strength. Once its most recently hired recruit hits the streets, the department will be at full capacity for the first time since 2010.

"We are starting to get some consistency," Miller said. "We are the only city whose police department is at full deployment in the county."

In addition to DUIs, Miller said the department also saw increases in burglary, larceny, and vehicle theft when compared with the first half of the previous year. Assaults, vandalism, and narcotics offenses, however, were decreased from the first six months of last year. Δ