More than 6,000 votes were cast for the New Times Music Awards’ Readers Choice Award. Amazingly, the winner received more than 2,400 first place votes! Second scored more than 1,500 firsts, and third got more than 500.

I could tell you the winners now, but what fun would that be?

Instead, head to Downtown Brew in SLO on Saturday, Aug. 8 to find out who won the Readers’ Choice Award as well as Best Band, Best Solo Artist, and Best Song—as judged by the NTMA’s panel of five judges.

Presale tickets for this all-ages show are $6 (at Boo Boo’s and Cheap Thrills), or $8 at the door. Every admission includes a copy of the NTMA Top Twenty CD.

Proceeds benefit Arts Obispo’s Mini-Grants program, which awards grants for music instruction and instruments to needy local children. A limited number of NTMA T-shirts will be for sale ($8) on a first come first serve basis.

When Hoovers closed its upstairs nightclub several months ago, Atascadero lost its biggest live music venue and DJ-driven dance floor. Well, the upstairs club returns this week with a new name and a trio of shows.

Now called Instinct, the club opens on Thursday, Aug. 6 with Bandulus and special guest The River City All-Stars, both touring reggae bands from Dallas, Texas. Texas has reggae bands? Yes, it do. 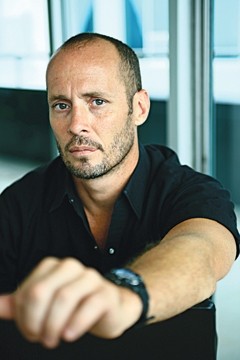 The world according to Paul

Here’s what Bonnie Raitt had to say about singer-songwriter Paul Thorn: “Paul is one of my favorite artists. Talk about somebody with a powerful live performance. He’s funny, he’s funky, he’s sexy, he’s witty, and he’s a great songwriter.”

Thorn continues to tour in support of A Long Way from Tupelo, which illustrates his connection to Mississippi heartland as he works through a collection of blues, country, gospel, R&B, and rock’n’roll originals. According to his bio, “His songs are conduits for that gritty part of the South where beleaguered wisdom is as likely from the bottom of a bottle of Johnny Walker Red as it is from the pulpit of an old country church.” 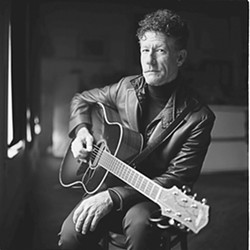 I’ve seen Lyle Lovett about four or five times now, and he never disappoints. Not only is he a highly engaging performer, his songs are so terrific I never tire of hearing them. “Cowboy Man,” “God Will,” “If I Had a Boat,” “Give Back My Heart,” “She’s No Lady,” “That’s Right (You’re Not From Texas),” “I Loved You Yesterday,” “Her First Mistake,” “She’s Already Made Up Her Mind”—just typing the titles is like music to my ears.

The four-time Grammy-winning singer-songwriter hits the Performing Arts Center on Saturday, August 8, at 8 p.m. with his “large” band, and he’s sure to take listeners on a romp through country, gospel, swing, and pop music. Trust me, it’s a ride you don’t want to miss. 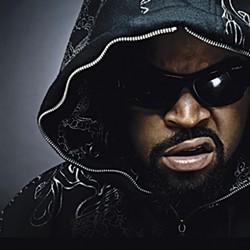 As a rapper, he can draw on some pretty popular material. In addition to the N.W.A. stuff, he delivered such classics as Amerikkka’s Most Wanted and Death Certificate as a solo artist in the early-’90s. He followed up with War and Peace, the hits albums Lethal Injection, Bootlegs & B-Sides, The Predator, and the gold certified, independently released Laugh Now, Cry Later. All told, Ice Cube has sold more than 10 million albums to date.

The Zongo All-Stars will bring their high-energy CaliCubano dance music to Avila Beach on Friday, Aug. 7. First, The Tipsy Gypsies will play on the beach boardwalk during Avila’s Farmers Market at 4 p.m., followed by the Zongo All-Stars until the sun sets. After a short break, Magma Funk will take the stage inside at Mr. Rick’s nightclub with Zongo All-Stars to play until 1 a.m.

Check out Volifonix, original hot-funk-rock from Eugene, Oregon, when they play a free 5:30 p.m. in-store at Boo Boo Records on Friday, Aug. 7 before opening for Wild Anderson at Z-Club at 9 p.m. ($5). Comprised of “two brothers, two others, and a samurai,” Volifonix’s touring in support of their new CD Oregonisms.

Broadway actor, singer, and dancer Gale McNeeley brings his hit show Over the Rainbow to Dave’s Art Farm (1451 Branch Mill Road, Arroyo Grande) on Saturday, August 8 at 2 p.m. This all-ages show costs $10 (925-1882). Hear popular hits like “April in Paris,” “It’s Only A Paper Moon,” “Buddy Can You Spare A Dime,” and “Lydia the Tattooed Lady.”

Commiserate the economic conditions when Devin Wallace performs another chapter in his “Music for our Great Depression” series at 9 p.m. on Saturday, Aug. 8 at the Gather Wine Bar in Arroyo Grande. This time, it’s a reworked and transplanted English lament: “Oh the bankers and car makers get billions of bucks/ while the rest of us get pink slips and ‘goodbye and good luck’/ So the rich they get richer and the rest of us get shucked/ And it’s oh the hard times of America, in America very hard times!”

For your listening pleasure, the Arroyo Grande Village Summer Concert Series has Better Late Than Never and The Wild River Ramblers on Sunday, Aug. 9 at 1 p.m. at the Rotary Bandstand in the historic Arroyo Grande Village. These two groups were rounded up by the Bluegrass Music Society of the Central Coast.

Castoro Cellars hosts a free outdoor concert with Inga Swearingen on Sunday, Aug. 9 from 1 to 4 p.m. Bring a picnic lunch! “It’s Swedish farm jazz really,” joked Swearingen of her music. “The lyrics to the original tunes will lift you up and carry you to our little farm in Atascadero, while the interpretations of standards will make you smile with a wisp of recognition.”

Sizzlin’ Summer Concert Series at Grover Beach Farmers Market features The Usual Suspects on Sunday, Aug. 9 from 3 to 6 p.m. at the Ramona Garden Park Center. Get down to some classic rock’n’roll! 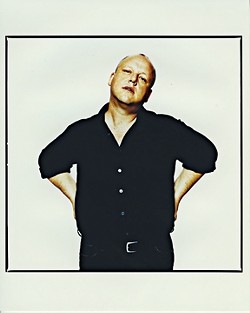 Former Pixies frontman Frank Black plays Downtown Brew on Sunday, Aug. 9 (8 p.m.; all ages; $12 presale or $13 at the door). He doesn’t need much introduction, being the godfather of alt-rock and all, but the man can go from surf rock to haunting ballad to chugging garage rock to freakin’ crazy all within the same song! The cool news is Lucas Ohio Pattie and the Shamblers will open the show. “After meeting with the music director and others at KFOG, they chose ‘All Good People’ from our second CD Steps Toward Home to be included on their Local Scene Volume 6 release!” gushed Lucas. “For those who don’t know, KFOG is a very popular, highly followed commercial radio station based in San Francisco.” Based on that, Black’s people allowed the Shamblers to open.

Indie hopefuls The Honey Trees play Downtown Brew on Tuesday, Aug. 11 (7 p.m.; all ages; $6 presale or $8 at the door) with opening act The Ragged Jubilee. I don’t know much about either, but Honey Trees said they’re trying for this: “Rich instrumentation and ethereal vocals combine to create gorgeous melodies that lodge in your head long after that last note has faded.”

Glen Starkey is working on a formula for beer that makes you thinner. It comes with a home liposuction device. Invest at gstarkey@newtimesslo.com.

Magnolia Electric Co.—Josephine
Judge Josephine as the cathartic diversion for Magnolia Electric Co.’s key songwriter Jason Molina. With an apartment fire taking the life of his bassist Evan Farrell, Molina expresses his loss by recasting his emotional blues through song narratives. Pining for a lost love filters through the country ballad “Shenandoah”; a slide guitar echoes a slippery, trailing tear. Weariness fills the opener “O! Grace”: “It’s a long way between horizons/ And it gets farther everyday.” Equipped with an additional instrumental ensemble (piano, dobro, lap steel, saxophone) and the wonderful ear of Steve Albini to capture it all to tape, there’s something captivating in this melancholy release. And the ghost of the titular Josephine never sits still. She wanders out of her own self-titled song, she materializes eerily on “Hope Dies Last” with its allusion to fire, and longingly on the album send-off “An Arrow In The Gate.” Though familiar territory, Molina continues to captures the ubiquitous themes of tragedy and loneliness.

Tiny Vipers—Life On Earth
Sounding as vulnerable and haunting as a candle flicker, Seattle’s Jesy Fortino returns with her second album for Sub Pop, Life On Earth. Moving at the pace of the sun, Fortino’s songs are achingly sparse, plodding along to her slow, arpeggio guitar playing. But it’s her rich voice that colors the tracks out of the grey fog of her album cover. Compare her with Harvest-era Neil Young, and it’s an instant and easy grasp. Young captured the soft emotions of masculinity with a vocal range that hit sorrowful tenor depths to fragile alto highs. Fortino offers a similarly personal journey, but her sound is more atmospheric than earthbound, and with the ten-minute titled track “Life On Earth,” she casts an incantation that will either pull you in close or lose you in its epic spatial spookiness.