'Pokémon Detective Pikachu' is for fans only

Rob Letterman (Shark Tale, Monsters vs. Aliens, Gulliver's Travels) directs this adventure comedy about Detective Pikachu (voiced by Ryan Reynolds), who comes to the aid of 21-year-old Tim Goodman (Justice Smith), whose detective dad, Harry, goes missing. It turns out Pikachu and Harry were former Pokémon partners, and even more amazing, only Tim can understand what Pikachu is saying. (104 min.) 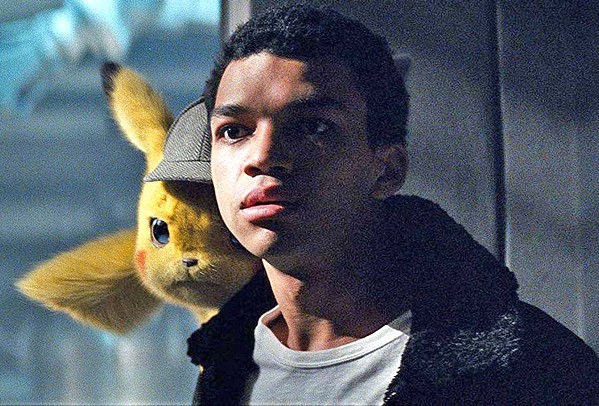 Glen I'm definitely not this film's target audience. I don't know anything about Pokémon. I had to ask my wife if they were the same as Pogs. They're apparently not. Instead, they're some kind of creatures that partner with humans to wage battles, which is apparently bad, which is why Howard Clifford (Bill Nighy) creates Ryme City so that Pokémon and humans can live in harmony. The film does a pretty good job of educating novices like me on the Pokémon basics before launching into its story about the disappearance of Detective Harry Goodman, who was investigating a secret installation that has a captured Mewtwo, a very powerful Pokémon. Tim and his father's old partner, an amnesiac Pikachu, go in search of clues and also team up with Lucy Stevens (Kathryn Newton), a journalism intern looking for her big break, and her Pokémon partner, a Psyduck. Tim's warned against his investigation by Harry's old boss, Hideo Yoshida (Ken Watanabe), but that doesn't stop Tim from tracking down vials of purple gas called "R," which turn Pokémon violent when inhaled, as well as an underground Pokémon fight ring in Ryme City. Then there's Clifford's son, Roger (Chris Geere), who may not share his father's altruism when it comes to Pokémon. It's a lot to process, but that didn't stop me from rolling my eyes, fighting off a nap, and hanging onto the only shred of interest in the film, which was Ryan Reynolds' wisecracking Pikachu. I'm sure this film was everything its target audience hoped for, but I was bored stiff.

Anna The nostalgia aspect of this film isn't entirely lost on me. Though the Pokémon phenomenon hit a little late for my age bracket, my younger brother was all about it for a while, so I came into this movie knowing some of the creatures and some of their powers. That being said, it's in essence a kids' movie made semi-watchable for adults by Reynolds and his wisecracking, oh-so-cute and sassy Pikachu. The fact that humans are not required—but certainly expected—to have a Pokémon partner is established when Tim's pal, Jack (Karan Soni), tricks him into tracking down a Cubone in hopes of capturing it. Jack's motive to try and pair up Tim with a Pokémon is soon clear: He's leaving town, just like all of Tim's other friends have, and he's worried about his friend being lonely. We don't spend much time with Tim in his current life; the call about his father's tragic death soon pulls him to Ryme City and into the life of his father, who he hardly knew. He meets Lucy and, soon after, Pikachu. He's not looking for anyone in his life, but these two along with Psyduck have no intention of letting Tim leave without finding out the truth behind his missing father. The series of events that follows is pretty predictable, and while I have no doubt that kids are going to eat up all the action, it falls pretty flat for adults. There are a bunch of cute Pokémon though! 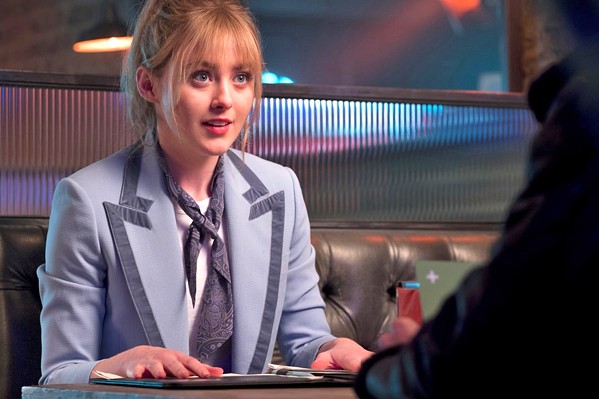 Glen I didn't really find it predictable. The switcheroo on who the real bad guy was kept me guessing. My problem was I didn't really care. The whole underlying premise of exploiting Pokémon simply didn't excite me because I didn't really find much redeeming in the Pokémon. From Lucy's Psyduck to Lt. Yoshida's purple bulldog-looking Pokémon, whatever it was called, they seem like jerks. And what's up with Mewtwo? Whose side is he (or she?) on and why? And why do they keep focusing on its crotch and where are its genitals? Maybe if I had more backstory I'd get it, but it all seemed surreal and unnecessarily weird. And the end is especially unfulfilling and all too easy. There were no real stakes involved. Do you think Tim finds his dad? Will their estrangement end? Will Lucy get her big break? Will the real bad guy get caught? Of course everything will work out, which is boring! I was impressed with the seamless special effects and the Ryme City set, so it was visually arresting, but that's not enough for me. There were a lot of kids in our screening, and they seemed happy with the film, but I couldn't wait for it to end. If someone decides to make a film about Pogs, I'll have the good sense to skip it!

Anna I guess what I mean by predictable is that everything works out in the end far too easily. It's like the writers hit the hour-and-a-half mark and said, "OK! Gotta wrap it up! Let's just fix everything really quick!" Pretty lame. The word "Pokémon" is Japanese for "pocket monsters," and they're designed to battle, so of course you'll run into some jerks—but people are jerks too! While Mewtwo initially looks like the bad guy, there is a lot more going on behind the scenes, and there definitely are twisty-turny moments. But just like you, I didn't care about it all that much. If you can talk an older brother or sister into taking a group of kids to the theater for this one, do it. Otherwise, this is one to stream at home or pick up at Redbox when it gets released. Reynolds is fun as Detective Pikachu, but beyond that there's little that makes it worth watching, especially at theater prices. Δ