“Everyone is inspired by something different,” Epperheimer said, referring to the 20-odd individual works that make up the show. “And so within that dance, I’m doing moves that convey my own message, but each dancer would have to take their own twist on it.”

There’s a bit of a story in every piece, she said, but she prefers to let the choreography stand alone, unexplained, to be interpreted and unraveled at the whim of the performer and audience member.

“As long as it doesn’t change the intention of the piece,” she said, “I embrace all the things that the dancers are adding to it emotionally.”

Epperheimer’s first turn as director of Infusion (she’s performed in the show many times) opens with a moody slow-starter that quickly breaks through the fog into a high-energy romp. The piece, which incorporates all 21 dancers, includes a miniature solo for each, a way of introducing the performers to their audience.

Far East Movement’s “Like a G6” (what does that even mean?) narrates another piece, lending new meaning, perhaps, to an infectious, if overplayed, hip-hop hit.

Another dance, set to Sara Bareilles’ tender “Kaleidoscope Heart,” melds choreography with American Sign Language. It’s a choice inspired by several of Epperheimer’s students, who took a course to fulfill a foreign language requirement and soon found themselves translating their newly acquired means of communication to dance. 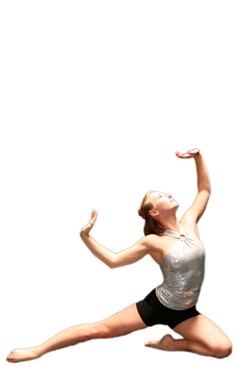 “One of my students that is taking ASL helped me,” Epperheimer explained. “She would show me the sign, and I would do a movement to it.”

So evolved a performance of dancing words, which incorporates dancers of every ability level.

Two different pieces, both set to music by The Cinematic Orchestra, pay tribute to the graduating high school seniors of the group.

“When I was coming up with how I wanted to honor the seniors, I wanted to give them a special dance, and the lyrics in this particular piece are moving to me,” Epperheimer said. “It’s kind of a last embrace type of a thing.”

Most of the performers in the show are also Civic Ballet members, already highly technically trained. And as the show date nears, the group rehearses almost daily.

Guest choreographers Jackie Lee, Drew Silvaggio, and Dana Lossing lend their talents to the performance, a choice made as much for the benefit of the dancers as for the quality of the show.

“The more I can expose the dancers to the styles of other choreographers—as long as I keep doing that—Infusion will keep being new,” Epperheimer explained.

The director consistently finds she has more good ideas than time to execute them, a fortunate dilemma that leaves her with inspiration to spare for the next show. Some day, Epperheimer said, she’d like to incorporate a singer or other live musician with the performers, a way to bring new energy to both artists’ performances. But that idea, like so many others, will have to wait in the wings for its turn in the spotlight.

A tradition for several decades running, the annual Infusion show is a constant evolution, its offerings at once intimate and anonymous, telling secrets in a language no two people read the same way.