I had planned to interview Hayley and Reid Cain, two-thirds of the pop-punk power trio Hayley and the Crushers, in the Elks Lodge hot tub. A wet and wild interview just seemed appropriate for a band that bills itself as "poolside glitter trash" and sounds like The Go-Go's gang fighting The Ramones under the Pismo Beach pier after a drag race but before a midnight moonlit surf contest.

Unfortunately, the hot tub wasn't hot, so we retreated to the game room where the husband and wife team could tell me all about their new album, Cool/Lame, which they're releasing to the public this Friday, Sept. 28, with an in-store performance at Boo Boo Records (6 to 8 p.m.; all ages; free). 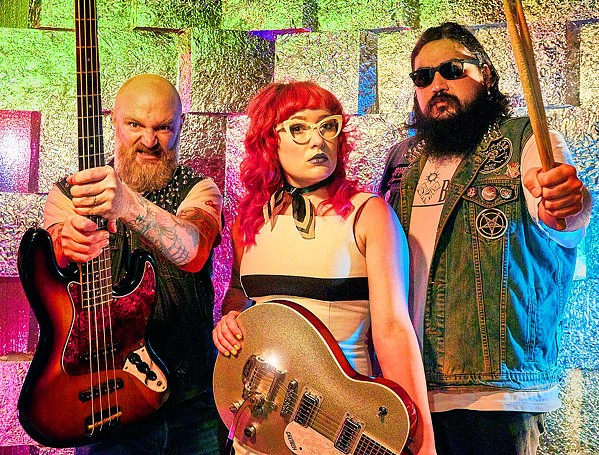 Seven of the album's nine tracks were written by Hayley and Reid (or one or the other) except for two covers. The easy one to spot was The Ramones' "Lobotomy," but the other was a really great track called "Bad Girls," written by someone named Christian Cortez. Who's that?

"He's a local guy who was in King Walrus. I think he wrote this when we were in Magazine Dirty," Hayley said, referring to an earlier project that was more in the Iggy Pop vein. "It's a hit song, you know? It is! So we asked if we could use it, and he said, 'Yes, but you can't change the lyrics or the arrangement,' so we didn't."

"Yes we did," Reid countered. "We changed the arrangement."

"Magazine Dirty taught me to rock really hard and taught me how strong I am," Hayley added. Mag Dirty featured Curtis Campbell as frontman, but the Crushers is Hayley's baby and she's out front. She writes most of the material, plays lead guitar, and sings lead, though Reid (bass) and drummer Gabriel Olivarria chime in.

On "10-39," Hayley sings, "Baby change the station/ I'm tired of waiting/ stuck in the slow lane as the cars roll by// I want some movement/ a little action/ something more than/ these little distractions// No, no, no more standing by/ Oh no, more wasting my time/ 10-39// Let's shake the bottle/ let's hit the throttle/ how many days do you think you got baby?// If you wanna taste it/ You gotta chase it/ The world is bigger than what your momma told you// Now, no more standing by/ Those dreams caught in your eye/ 10-39."

If you haven't figured it out yet, Hayley is something of an unstoppable force of nature. She's a freelance journalist who among other things writes New Times' food column, but she also has a blog called Is Your Boyfriend in the Band? and a podcast called Sparkle and Destroy.

The whole premise of the new album is about who gets to decide what's cool or lame, and how sometimes the lamer something is the cooler it is, or vice versa.

"It's also a direct response to the speed and rate that things can go from cool to lame," Hayley noted, mentioning social media as a venue where something is celebrated but then turned on and attacked in a matter of hours.

"What's true authenticity?" Hayley asked. "How do you be true to yourself?"

"I stand in the back of the club and don't dance," Reid deadpanned.

Mostly, the album is fun, like the swap meet-inspired "Polyester Sunday," where she sings, "The streets are filled with trash and I like it/ Black and white photographs in my locket/ if you seek you shall find and you'll never know what you're missing/ It could be right there in front of your eyes// Polyester, faded denim, it's not the journey it's the destination/ Bloodshot eyes, sunglasses, you might find nothing or some conversation/ Conversation."

The new Crushers album is available on CD and vinyl, but not just any vinyl—it's 180-gram opaque banana yellow vinyl, which is as awesome and outlandish as the band that made it. They're also releasing a Hayley and the Crushers limited-edition coloring-book at the show, created by Hayley, Reid, and two of their artist friends Neal Breton and Daniel Bagnall.

Cool/Lame is already getting radio play. Famed DJ Rodney Bingenheimer, formerly of KROQ but now on Sirius XM, has been spinning and gushing over it.

"The new songs have also been played on Japan FM radio in Tokyo extensively over the summer and are making the rounds on online underground radio shows from Ohio to Alaska," Hayley added.

So are Hayley and the Crushers cool? Are they lame? They actually don't care what you think, but they do want you to have as much fun as they're having. Be there and be square ... it's totally cool (or lame). 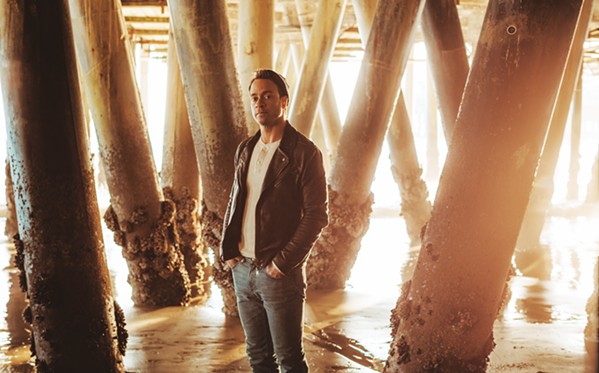 The song, "No More Darkness, No More Light," was inspired by the Stoneman Douglas shooting in Parkland, Florida, and it's the first video from Amos Lee's new album, My New Moon, another collection of the folk singer-songwriter's amazing original material. Recorded at LA's Zeitgeist Studio and produced by Tony Berg (Andrew Bird), the album features guest appearances by multi-instrumentalists Ethan Gruska and Blake Mills, Benmont Tench and Patrick Warren on keyboards, Greg Leisz on pedal steel, Rob Moose on strings, and others. The album debuted at No. 1 on the Folk/Americana chart.

Lee was working as a schoolteacher and bartender when his manager sent a demo recording to Blue Note Records—and a recording contract and association with Norah Jones followed. Soon, Lee was opening for Jones, Bob Dylan, Elvis Costello, Paul Simon, and many others, but now with seven stellar albums under his belt, Lee is at center stage. If you like emotionally open songs soulfully sung, don't miss Amos Lee. 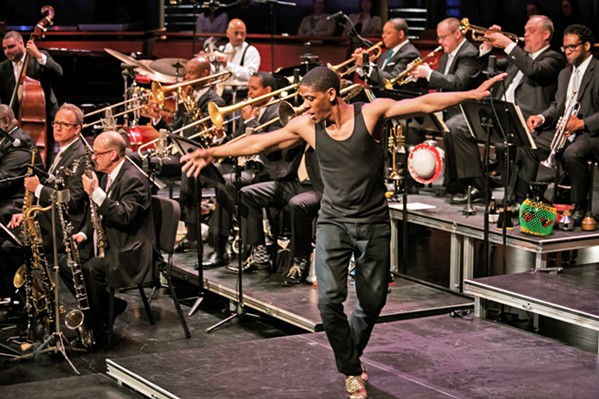 Don't forget this Thursday, Sept. 27, Wynton Marsalis returns to lead the amazing Jazz at Lincoln Center Orchestra, which is celebrating 30 years as America's premier jazz ensemble (7:30 p.m.; all ages; $36 to $85 at calpolyarts.org).

Marsalis will present "Spaces," which will feature phat horn-driven Big Band jazz accompanied by jookin' (street dancing) and tap dancing "in a playful and wildly entertaining exploration of the animal kingdom," according to press materials.

Numbskull and Good Medicine Presents brings shredding guitarist Ana Popovic back to the Central Coast with a Thursday, Oct. 4, show at The Siren, with local guitar shredder Travis Larson opening with a solo performance (7 p.m.; 21-and-older; $20 presale at Boo Boo's and ticketfly.com or $25 at the door). Popovic is touring in support of her most ambitious project yet, Trilogy, a triple-album release with 23 funk, rock/blues, and jazz tunes.