In SLO County, legal drugs are abused at a rate doubling the state average

Heroin and cocaine don’t come with a doctor’s note. Instead, shady dealers sell powder packed in little plastic bags from street corners and run-down apartments. The danger and illegality of the drugs is obvious.

By comparison, following a doctor’s advice to acquire prescription drugs through an insurance company, a licensed pharmacy, and a smiling clerk seems downright harmless. But the pills inside those well-labeled orange bottles can be just as addictive and damaging as any street drug, and they’re taking a toll on San Luis Obispo County. 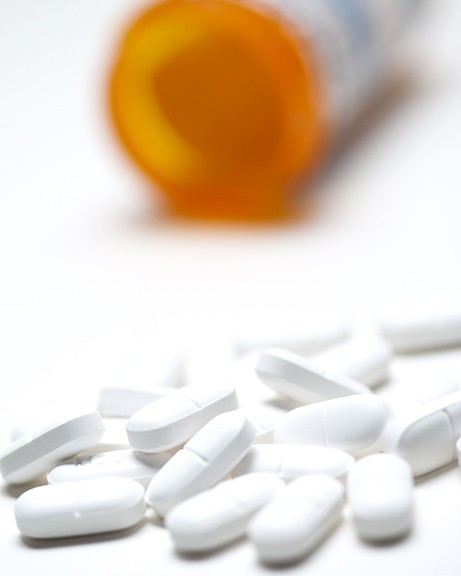 A client characteristics report from SLO County Drug and Alcohol Services (DAS) shows that 13.9 percent of the people they treated in 2010 were addicted primarily to prescription opiates. The California average is 5.4 percent. Even more alarming is the fact that just four years ago, SLO’s rate of opiate addiction matched California’s at 2.7 percent.

Every five years, DAS drafts a specific plan that prioritizes areas on which to focus. From 2007 to 2012, pharmaceuticals didn’t make the cut.

Clark Guest runs the county’s adult drug court, a program for nonviolent felons that puts convicts in sober living facilities with strict treatment regimens. He told New Times that half of his clientele is in the program for crimes like theft and fraud they committed in order to get money for their pharmaceutical habit. He explained that many people see prescription drugs as safe, but the body develops a tolerance over time, which can lead to serious addiction—even in cases where the initial drug use was legitimate.

Guest said that prolonged pill-popping can degrade muscle coordination, harm the central nervous system, and cause cirrhosis of the liver. When mixed with alcohol and other medications, opiates can create a fatal cocktail of chemicals strong enough to slow the lungs and stop a heart.

“We’re seeing a lot of overdoses,” Guest said. “Kids in our county are dying from this stuff.”

According to Sgt. Brian Beetham of the SLO sheriff’s detective division, pills are a popular item on the black market, but there’s very little criminal organization. He said that some pharmaceuticals are smuggled here from Mexico (where anyone can buy Vicodin, Oxycontin, Percocet, or anything else, really, without a prescription), but most come from individuals—burglars and teens stealing from their parents’ medicine cabinets, patients who “pharm” for doctors willing to prescribe higher doses, and even retirees looking to support their fixed incomes with extra cash from extra pills.

“This stuff is here, and there are a lot of avenues to get it,” Beetham said.

The lack of big-time pill peddlers means any arrests will fail to dent the drug market significantly. There’s not much that law enforcement can do to control the abuse of legal drugs, aside from popping individuals for possession without a prescription. Beetham said that it’s nearly impossible to track a pill to its source, and even if detectives could, they’d have to defer to the doctor’s judgment.

“There’d be a lot of pushback if the sheriffs came in and tried to school doctors on how to do their jobs,” Beetham said. “If they think a patient needs medicine, they’re free to prescribe it.”

Beetham said that law enforcement’s involvement with medical marijuana is another matter entirely. State and federal laws conflict, making the legality of marijuana murky at best. The legality of opiates, sedatives, and amphetamines, on the other hand, is crystal clear: Doctors can dole out as much as they deem necessary, as long as the dosages they advise aren’t dangerous.

Surely they err on the side of caution.

“We err on the side of treating pain,” Scott Bisheff, an emergency room doctor at Sierra Vista Medical Center, said. “But we do take precautions to ameliorate abuse.”

Bisheff explained that injuries that bring patients to ERs are often severe. Strong drugs are absolutely necessary for patient comfort, but prescriptions are written for small amounts at ERs, and they never come with refills. Patients would need to take complaints of lasting pain to a family doctor, someone who should be more familiar with the patient’s history and would be better able to decide whether or not misuse were occurring.

The Sierra Vista ER is also registered with the state Controlled Substance Utilization Review and Evaluation System (CURES), a digital database that links pharmacies and physicians to patient records so doctors know immediately if someone already has pills from another source. The system would prevent most duplicate prescriptions, except that participation in CURES is voluntary. Of the 220,000 eligible pharmacies and physicians in California, only 8,600 are registered, according to program manager Mike Small. Specific numbers for SLO County weren’t available.

For Tina Grace, the descent into drug addiction started with a little pill called Dilaudid. Her friend had a prescription for the narcotic pain reliever and would share the occasional pill with Grace. The ensuing euphoria was something Grace didn’t want to lose, and it wasn’t long before she was begging to buy more from her friend. When that supply ran out, she was able to find others.

“Pills were always available around here,” Grace said. “If Dilaudids weren’t around for a while, something else was.”

For four years, Grace’s constant search for drug money caused her to abandon her kids, steal from parked cars, and forge checks. In a short period of time, she said, she was in and out of jail six times.

“I look back, and I’m so disgusted and shocked that I could have done those things,” Grace said. “My whole life revolved around drugs, crime, and selfishness.”

Eventually, she went to Guest’s drug court program and was able to turn her life around. She’s been sober for two and a half years. Of the people who successfully complete the program, 70 percent are drug-free three years later, Guest said.

With 40 full-time employees and a yearly budget of $5.6 million, DAS is by far the largest treatment provider in the county, but most of the addicts who use its services do so under court order after an arrest.

“Why should they need to get a rap sheet to get help?” he asked.

Rowland said that 11 years ago, NCC had an operating budget of $170,000, most of which came from DAS. Now the program facilitates meetings for 20,000 addicts a year for a dollar per addict. Their only money comes from a Preventative Health Grant, and everyone involved is a volunteer.

According to Rowland, the change occurred when the county decided it could address the drug problem on its own. He explained that DAS in other counties employ a handful of administrators who divide money among community programs that do the actual treatment, a model radically different from SLO’s.

“We can’t provide the services we’d like to provide,” Rowland said. “For the last 10 years, it’s been all about survival.”