When Nipomo resident Nichole Schmitz came out to herself as transgender in 2016, it was an intense and difficult process. Schmitz, now 69 years old, had been quietly grappling with her gender identity for essentially her entire life. It took time, patience, and a whole lot of internal work for her to truly accept herself. 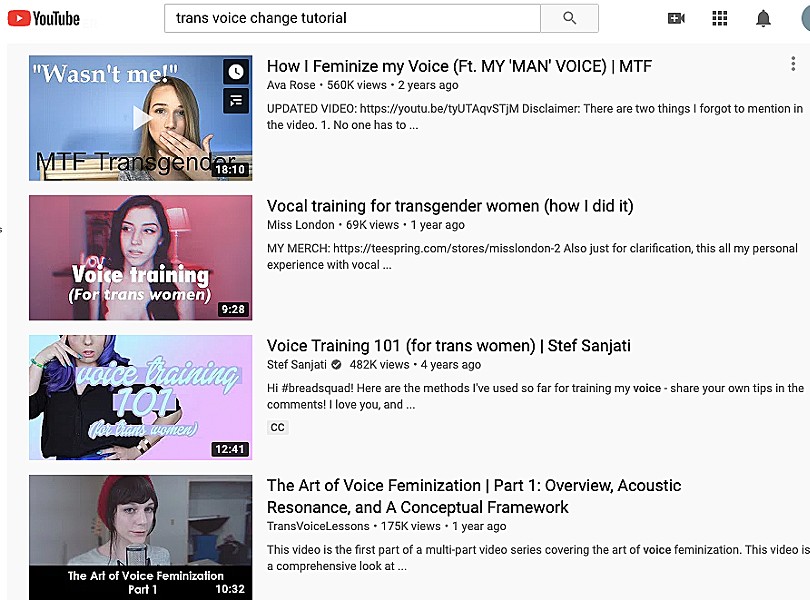 She knew coming out to family and friends and transitioning later in life would have obstacles. Schmitz and her wife, although still good friends today, eventually split up. When Schmitz decided she wanted to transition physically, she had to obtain specialized mental and physical health care, from an emotional therapist to a doctor who could prescribe hormones.

But when she started hormone therapy a few years ago, Schmitz knew almost immediately that she'd made the right decision. Little by little, she started to look and feel more like her true self. Now nearly two years into her transition, Schmitz is focused on tackling some of the finer details of her outward appearance—including her voice.

"Well, I need to pass," Schmitz told New Times, adding that not everyone in the transgender community feels they need to make physical changes in order to match their gender identity. But Schmitz does. "So to meet someone and to basically convince them that yes, you are a female, the voice has to match."

Through voice therapy, Schmitz said she's learning to speak at a higher pitch without damaging her vocal chords. During her sessions, Schmitz said she practices using her tongue, mouth, breath, and throat muscles in new ways.

And best of all, she said, it's working. Speaking in a higher pitch doesn't feel as strained or unnatural is it once did. Some day, Schmitz hopes to be just like some of the trans girls she knows who pass flawlessly.

"Inside me my transition has gone way farther than how I present on the outside," Schmitz said, "and to feel complete I need to eradicate the parts of me that were causing me to have to go through this dramatic change."

For Huls, who operates Speech with Simone in Atascadero, trans voice therapy is all about helping people become who they want to be in a safe way.

There are a lot of free tutorials online for those hoping to use their voices differently. Some of those are great, Huls said, and others aren't. If you dramatically change the way you use your voice without the proper instruction, it can strain and damage your vocal chords, which can lead to painful nodules and other health issues.

"I do feel like it's a really critical service," Huls told New Times, adding that voice changes can be difficult to practice and perfect without a coach. "So I think for most people it's kind of one of the last things that leads to dysphoria."

Though Huls has worked in speech and language pathology for years, she only started offering trans voice therapy services about three years ago. Huls' wife is a psychologist specializing in trans issues, and Huls said that sparked her interest in offering services specific to the transgender community.

When she first started looking into the field, Huls realized that trans voice therapy tends to be an overlooked and undervalued service, with little accessibility on the Central Coast. So she did some extra training and began offering group and one-on-one sessions.

As a member of the LGBTQ-plus community herself, Huls said she knows how challenging it can sometimes be to find adequate and nonjudgmental resources, even in fields as vital as health care. So she wanted to offer whatever help she could.

"And it's just been very rewarding to work with people and see the changes," Huls said.

• The Monday Club recently launched its 100 Women, 100 Years fundraiser, in which residents can honor special women in their lives for a donation of $1,000. The women who donors choose will be included in a traveling photo display. Donations will go toward a $1.2 million restoration of The Monday Club's building, which was designed by California's first woman architect, Julia Morgan, who also famously designed Hearst Castle. Visit themondayclubslo.org for more information. Δ