Public to pay for PG&E mistakes

Customers would pay for fires caused by utility 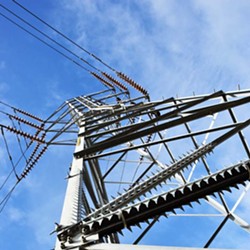 A few months ago, a fire swept the dry hills in eastern San Luis Obispo. Ignited by sparks from a faulty power line, the fire quickly consumed 70 acres of open space. As the neighborhood below was evacuated, 200 firefighters with 25 engines and two air tankers struggled to extinguish the blaze. Had the wind been stronger, the fire could have readily burned blocks of homes.

A wildfire caused by a downed power line that consumes a neighborhood could put a power company on the hook for hundreds of millions of dollars. But the utilities have developed a scheme to avoid that risk at the expense of customers.

Pacific Gas & Electric and three other companies have asked the state Public Utilities Commission if they can use fees from rate payers to defray liabilities resulting from wildfires. The commission regulates rate changes, establishes safety standards, and is supposed to prevent anti-competitive tactics by the utilities.

The companies—Southern California Edison, San Diego Gas & Electric, Southern California Gas, and PG&E—claim in a 122-page application filed on Aug. 31 that insurance companies are refusing to cover any future claims involving the thousands of miles of open space that have power lines and gas pipes running through them. Even if insurance is available, the companies say the cost is too expensive. The utilities claim some insurers are refusing to offer coverage.

The application states, “The insurance companies’ actions leave the Utilities exposed to the risk of wildfire claims previously covered by their policies … applicants therefore request prompt Commission action authorizing recovery through retail rates of the costs arising from wildfires for which they are at risk due to the limited availability of liability insurance.”

The companies want permission from the commission to set up an account to self-insure themselves, using consumer rate increases to fund it.

PG&E spokesman, Kory Raftery, said a fire caused by a power line could mean financial disaster for a utility if the government does not agree to rate increases.

“We need to recover in rates what may not be covered by insurance,” said Raftery. “Our financial integrity is at stake.” The application asks the commission to “act promptly to keep the insurance crisis from becoming a utility financial crisis.”

PG&E has reason to be worried. The company paid $14.75 million last July to settle government claims for a 1999 fire next to the Pendola ranch near Camptonville in Northern California. A tree fell on a PG&E power line and the resulting fire lasted 11 days and burned 11,725 acres of land in the remote area, some of which was national forest. The settlement was the second-highest amount recovered in the history of the United States Forest Service.

Utility representatives say it’s too early to tell how much consumers would have to pay for the program. But the request for higher rates to pay for fire related liabilities has outraged consumer protection groups.

“The public should not be paying for insurance and for losses that are the fault of the utility companies,” said Mindy Spatt, communications director for The Utility Reform Network, a San Francisco-based watchdog group. “When you need insurance you shouldn’t come to the customer for that. They are sticking the public with the bill for problems of their own making.”

She said blame should not just be on the utilities but also the insurance industry.

Spatt’s group and several other organizations sent a letter to California Insurance Commissioner Stephen Poizner asking him to investigate the problem.

The letter states, “After collecting billions of dollars in premiums every year from California Consumers, insurance companies are repaying customer loyalty by refusing to fulfill their fundamental job of providing insurance … the insurance industry is pushing the job of insurance onto California’s utilities. Consequently, the utilities are now turning to ratepayers cover this additional expense through rate increases.”

The commissioner’s office spokesman said that Poizner does not have jurisdiction and could not do anything to help.

One California utility has found another way of protecting itself from causing a fire. Just turn off the power.

San Diego Gas & Electric Co tried to get the regulatory commission to allow it to shut off power to 60,000 homes and businesses in the San Diego suburbs when the weather turns hot and dry and the winds blow more than 30 miles an hour. The company had good reason to be worried about causing a wildfire: A tree limb fell on a power line in 2007 and caused one of Southern California’s biggest fires that year.  The company has paid more than $740 million in settlements with more cases pending. The commission turned down the company 4-1.

The utilities commission will take up the wildfire insurance application in October.