Photos Courtesy Of SLOMotion Film THIS LAND IS YOUR LAND Public Trust, screening Aug. 29, documents the plan to exploit public lands and the people fighting to protect them.

You're rich. You and 330 million other Americans co-own 640 million acres of pristine wild lands scattered from sea to shining sea. But the wealth and heritage contained in these lands are at risk of being polluted, mined, privatized, or outright destroyed.

The battle lines are clearly drawn in Public Trust (96 min.), a new Patagonia film directed by David Garrett Byars and executive produced by Robert Redford and Patagonia founder Yvon Chouinard, which will screen on Saturday, Aug. 29 (7 p.m.), in both a virtual screening you can watch online and a limited in-person screening outside at Central Coast Brewery.

Co-hosted by SLOMotion and Central Coast State Parks Association, the virtual screening costs $10 per single person, $15 for two people, or $20 for groups. The in-person event costs $18 per person. All ticket donations go to Central Coast State Parks Association. Director Byars will be on hand for a Q-and-A, as will Tyler Dunning, the writer and subject of the short film that will open the screening, A Field Guide to Losing Your Friends (14 min.). Buy tickets at slomotionfilm.com.

Let's start with Public Trust, which begins by reminding viewers of the vast, unmatched beauty of our national parks, which are some of the few fully functioning ecosystems left unblemished in the U.S. They're incredible places, such as Utah's Monument National Park that includes Grand Staircase-Escalante and Natural Bridges—places at risk for mining. There are literally hundreds of Native American heritage sites with amazing and irreplaceable rock art and petroglyphs there. Special interests would put it all at risk to extract the natural resources from your land. 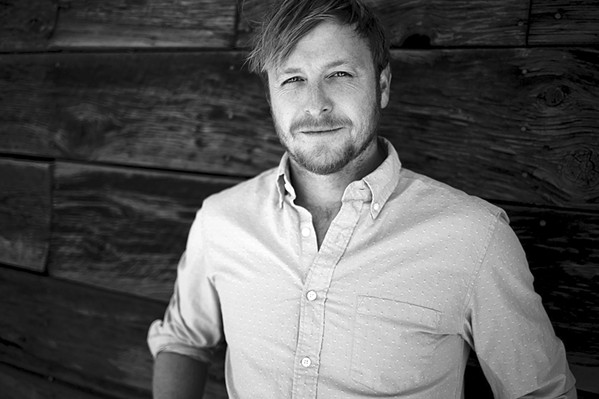 How about Minnesota's Boundary Waters Canoe Area, a national park with 1.1 million acres of lakes, rivers, and streams.

"People like me, we don't own things. We go to places where it's been set aside and the resource has been protected," said Minnesotan Spencer Shaver, conservation director of Sportsmen for the Boundary Waters.

Despite the importance of these areas for recreation, not to mention as lands that define the very character of our nation, there are organizations, such as ALEC (American Legislative Exchange Council), and politicians, such as Alaska's Don Young, who seek to sell off your public lands to the highest bidder. Despite gains made in securing public lands under the Obama administration, Public Trust shows now more than ever, these formerly protected lands are at risk.

Remember Ryan Zinke, the Montanan appointed by President Trump as secretary of the interior? Instead of protecting public lands, Zinke opened federal lands, including on the Central Coast, to oil, gas, and mineral exploration and extraction. Ongoing legal battles continue. Public Trust makes the case that the vast majority of Americans favor protecting these lands even as private corporate interests continue to influence public policy. The fight is real and it's happening now. Public Trust is your call to arms.

The event's opening film, A Field Guide To Losing Your Friends, is also concerned with national parks, but in a somewhat more personal way. It chronicles Tyler Dunning's attempt to visit all 59 parks after drifting into an emotional morass over the loss of his best friend, Nate Henn, murdered in Uganda by a terrorist bombing that killed 74 people on July 11, 2010.

The film opens with a scene of Dunning packing while the voiceover recording of the film's director, Chad Clendinen, asks Dunning if he thought he would ever finish his goal.

"I never doubted it," Dunning responds. "It was something I knew I needed to do."

After Henn's death, Dunning was adrift, drinking his way into a dark hole. Visiting the parks was his way of climbing out of that hole.

The film is surprisingly moving as well as inspirational. During his time exploring national parks, Dunning lost more friends, hence the title of the film. It's really about the restorative power of the great outdoors and communing with friends, old and new. You can buy the book the short film is based on at tylerdunning.com.

Both Public Trust and A Field Guide To Losing Your Friends prove Muir's words essential. Δ