The fate of an $85 million settlement for SLO County schools and agencies as a stopgap for the looming Diablo Canyon Power Plant closure will hang in the balance until 2018.

Scheduled to make a decision on PG&E's application to decommission Diablo Canyon, the last nuclear power plant in the state, the California Public Utilities Commission (CPUC) continued its planned Dec. 14 vote to a Jan. 11 meeting. The commissioners made the decision without any discussion about the eight-year, $1.76 billion closure plan or explaining their reasons for continuing the item. 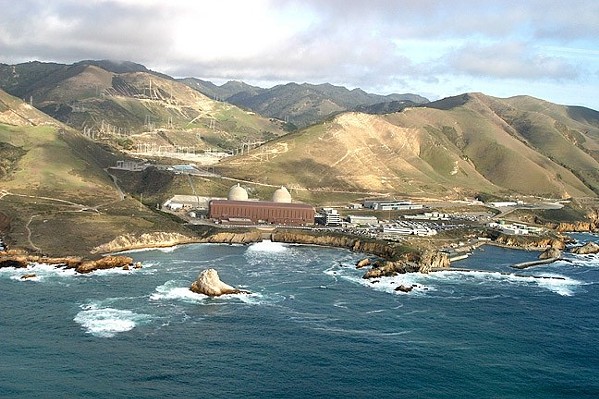 CPUC Director of News and Outreach Terrie Prosper told New Times in an email on Dec. 19 that the item was held to January to allow time for "further consideration." None of the five commissioners responded to an email request from New Times for comment.

Local officials expressed cautious optimism that the delay signaled that the commission was reconsidering the findings of its administrative law judge, Peter V. Allen, who ruled that statewide ratepayers shouldn't fund the $85 million in PG&E payouts to SLO agencies as impact mitigation.

"Hope this is good news for us," said Eric Prater, superintendent of the San Luis Coastal Unified School District (SLCUSD), in an email to New Times.

The SLCUSD is set to lose $8 million in annual property taxes from PG&E but would receive the largest slice of the closure settlement pie: $36 million.

In his proposed decision, Allen also rejected more than half of the funding for a PG&E employee retention program at Diablo Canyon, which PG&E officials claim is a critical component of keeping the power plant staffed and running until 2025.

Allen's ruling goes to the CPUC as a recommendation, but the commissioners have the final vote on the closure plan.

PG&E announced in June 2016 that it would pursue the retirement of Diablo Canyon, citing the shift in California's energy economy toward renewable sources like solar and wind. Δ