Ready for some live music? In what may be the first advertised live concert since the shutdown, Puffers of Pismo will present Burning James Scoolis and Dorian Michael this Thursday, June 18, from 6 p.m. "until it gets dark." 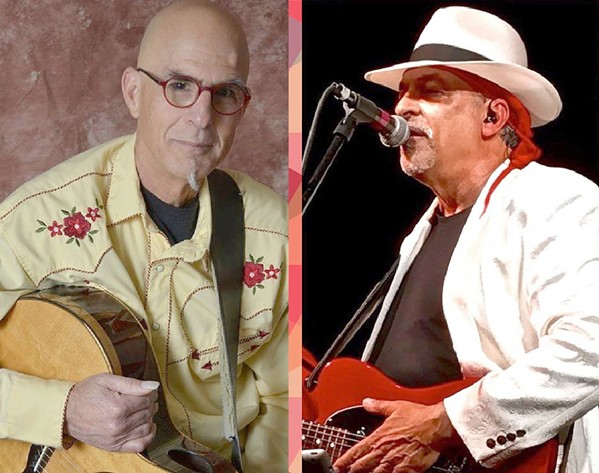 Burning James is the frontman and guitarist of The Funky Flames, a terrific horn-driven New Orleans-style funk and soul act. Dorian Michael is one of the county's premiere guitar players and part of The Irene Cathaway Rhythm and Blues Band, The CC Riders, and many more. Together, they'll play "blues and nothing but the blues" on Puffers' patio.

"It's been a while, and I'm most definitely looking forward to this one," Burning James said.

Is it too early? That's hard to say. SLO County COVID-19 cases are on the rise, with 23 new cases added over last weekend, perhaps due to the Memorial Day holiday. The county said a few days ago it has the highest number of active cases to date. We may have more coming due to the ongoing Black Lives Matter protests.

Smaller gatherings outside rather than indoors are reportedly the least dangerous, but everyone has to weigh their own risk aversion.

One place you're definitely less likely to catch The 'rona is gathered around the radio in your own yard pretending to camp out at the Live Oak Music Festival, which canceled its live event at El Chorro Regional Park but will instead present Live Oak on the Radio, a three-day event featuring encore performances from past festivals as well as livestreamed shows by nine local performers. I told you about it last week but consider this a reminder! 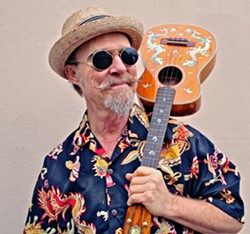 Long-running Live Oak emcee, multi-instrumentalist, and music archaeologist Joe Craven will kick off the virtual festival on Friday, June 19, when he appears on Neal Losey's Live Oak edition of The Morning Cup on KCBX 90.1FM from 9 a.m. until noon, where they'll share some classic Live Oak performances from the archives. 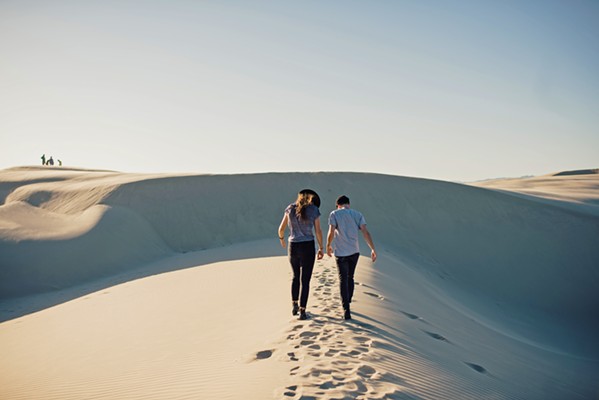 The duo consists of singer-songwriters Hannah Kenny and Ian Kizanis, who according to press materials are "friends since childhood" who "have grown up creating the music they love." Hannah's voice is remarkable, and she and Ian sing beautifully together. They've clearly been collaborating a long time, and it shows in their assured performances and clear and cohesive sonic vision.

"Ian comes from a rich history of musicians that go as far back as his great-grandfather, while Hannah uses her music as therapy to more clearly process the world around her," their press materials claim. Sure enough, the musicianship is impressive and never overdone. They understand that less can be more, and layers of guitar, strings, and keys are subtle enough to not overwhelm their voices.

The lyrics are all about discovery, recovery, processing. Put this one on when you're in a contemplative mood and be prepared to listen. It's mesmerizing—a gauzy gorgeous sound with songs that demand attention.

The album's first single, "June," is available on Friday, June 19, and the album Nowhere can be preordered beginning the same day from AWAL/Kobalt Music, officially released on Friday, July 10. Contact blackmatchmusic@gmail.com to preorder. Δ