The genius of The Devil Makes Three's music is how they boil each song down to its essence, cutting away any extraneous and unnecessary elements until it's a polished punkgrass poem. Take for instance the title track to their new album, Chains Are Broken. The revved-up three-minute gallop drives straight through the seedy part of town with a protagonist who's reclaiming his freedom from a toxic friend. 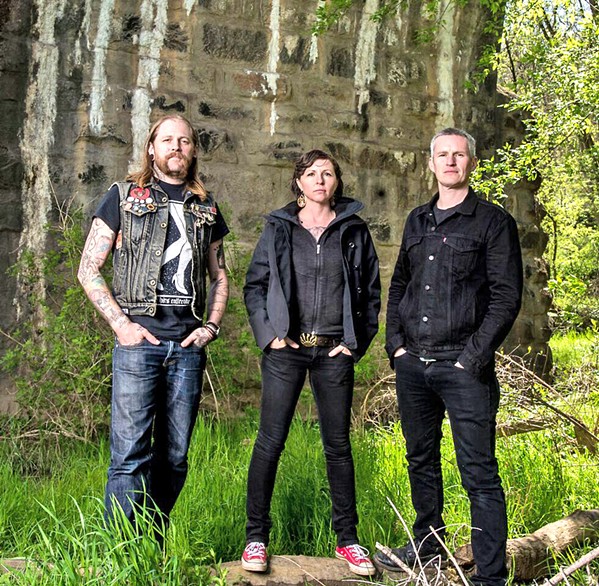 "We used to get drunk and want to fight/ Go out lookin' on a Saturday night/ You had me runnin' like it was for my life/ Drinkin' down fumes like that neon light// But now its chains are broken, I've been set free/ I was blind, now I see/ When you're treated like a dog that's how you start to behave/ You're gonna miss me like the masters miss their."

Yeah, frontman and songwriter-in-chief Pete Bernhard doesn't even need to sing the word "slave." You know exactly what he's talking about.

"We used take pills and hope to die/ Sing ourselves a suicidal lullaby/ Nobody drivin' and I'm passenger-side/ You made me the master of the long goodbye," he sings on the second verse.

A lot of these songs on the new record are about youthful recklessness, loss, and those who remain behind. On "Bad Idea," he sings, "Tears in the ocean/ Alone there out at sea/ We always were so stupid/ And so stubborn, you and me/ We were drinking all that poison/ Hoping someone else would die/ Throwing water on our faces/ Pretending we could cry/ We'd roll out with the river/ Learn to hate the shore/ Our legs could not sit sturdy/ On the ground there anymore/ We were leaning on the slack ropes/ Waiting for a fight/ Pretend in total darkness/ Underneath hospital lights// Bad idea/ You know I had to do it/ Another bad idea/ All over again."

Welcome to life's underbelly filled with drinking, drug use, fighting, gambling, and anything else you can think of. Your guide is Bernhard himself, who understands the futility of it all but also that slim shot at redemption and hope. On "Pray For Rain," the chorus goes like this: "Well everybody has their price/ Is that true, is that right/ Who is our enemy/ Hey it's you, tomorrow me/ Well that wind is blowing hard outside/ And the fires of war they still burn so bright/ I'm praying for some rain tonight."

Life's capricious, inexplicable, and it can turn on you like a rabid dog. Bernhard and The Devil Makes Three simply grab the dog by the scruff of its neck and hang on to the wild ride, hoping for a positive outcome.

Next Friday, Oct. 26, The Devil Makes Three (TDM3) returns to the Madonna Inn Expo Center (6 p.m.; all ages; $25 presale at Boo Boo's and ticketfly.com or $30 at the door). Erika Wennerstrom (of the Heartless Bastards) opens.

Bernhard spoke to New Times via phone from his home in Vermont where he explained why he likes his home state's approach to marijuana: "It's illegal to sell it, but you can grow it, possess it, and smoke it. It's basically decriminalized, but by making it illegal to sell, it's less corporate. It's kind of too bad what's happening in California. It was a cottage industry, but all the small farmers have to compete with corporations now."

Bernhard lives about 5 miles from his bassist Lucia Turino, but banjo and guitar player Cooper McBean lives in Austin. Even though they're on the road more than half the year, that doesn't stop them from putting out a new album every two or three years. They also recently added a drummer, something the famously percussive band eschewed on its first few albums.

"We're in separate cities but we see each other as much as we don't—we're at home the minority of the time," Bernhard noted. "I don't find it possible to write on the road. We have a pretty hectic schedule, so I usually take about a year to write new songs, and we'll road test them. We've also been touring with a drummer for a couple of years now. Our sound has expanded. A lot of our songs work fine as a trio but some really need percussion."

Most of TDM3 songs clock in at a brief three minutes. Why so short?

"Two of our biggest influences as a band are old country music and punk rock—two genres that don't waste any time," he said. "Cooper and I grew up listening to the oldies country station and going to punk shows. Sometimes a whole punk show was only 25 minutes long! We like to keep it tight. As a songwriter, if you give me too much time I tend to say too much, so when we go into the studio I'm cutting things out, not adding things in. The thought is always, how can we say more with less?"

And what about the new album's theme of loss?

"The whole album is conceptual to me. It's about an artist, a musician, a writer—any artist in general—looking at friends, the people who have formed their collective, but in particular it's about thinking about those who died from drugs, sickness, or suicide over the course of us being a band," Bernhard said. "Some people OD'ed, others couldn't find a way to cope, others got cancer. Some people don't make it. We keep going."

Bernhard ended the interview by expressing his excitement to play the new material. He mentioned that they're hoping to release another live recording, this one captured at Red Rock.

"We might release that one as digital only," he said. "We hoped to do an in-store at Boo Boo's before the show but it didn't work out this time, but we're excited to get back to San Luis Obispo. It's one of my favorite places to play."

That's music to our ears.

Also this week from Numbskull and Good Medicine Presents is the return of indie rockers The Mother Hips with The Coffis Brothers & The Mountain Men at The Siren on Friday, Oct. 19 (7 p.m.; 21-and-older; $25 presale at Boo Boo's and ticketfly.com or $30 at the door). That's a kick-ass double bill!

Country-blues trio Reverend Peyton's Big Damn Band plays The Siren on Wednesday, Oct. 24 (7 p.m.; 21-and-older; $15 presale at Boo Boo's and ticketfly.com or $20 at the door). With his booming baritone voice and killer slide guitar playing, this band is cool AF! Hailing from southern Indiana, they're touring in support of their new album Poor Until Payday. It's a foot-stomper! Don't miss this roadside revival!

Finally, Billy Strings play The Siren on Thursday, Oct. 25 (7 p.m.; 21-and-older; $15 presale at Boo Boo's and ticketfly.com or $20 at the door). "His new album, Turmoil & Tinfoil, taps into a deep vein of psychedelia in Americana, referencing everything from the Dead to Sturgill Simpson, but all underlaid by Billy's undeniable virtuosity and his knowledge of the roots of American music," according to press materials.

Canadian vocalist and electronic musician Mike Milosh is the alt-R&B act Rhye, playing Friday, Oct. 19, at the Fremont Theater (9 p.m.; 16-and-older; $39.04 at fremontslo.com or Boo Boo's), with Your Smith opening. Check out the haunting sounds of "Hymn," which you can find on YouTube. He's touring in support of his newest album, Blood. 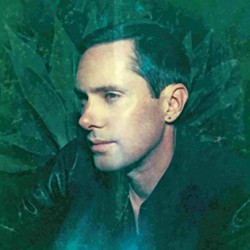 Jazz saxophonist, composer, and producer Kamasi Washington plays the Fremont on Saturday, Oct. 20 (9 p.m.; $36.69 to $60.15 at fremontslo.com or Boo Boo's). He's an incredible talent who's played with the likes of Wayne Shorter, Snoop Dogg, Chaka Khan, Lauryn Hill, and Thundercat. 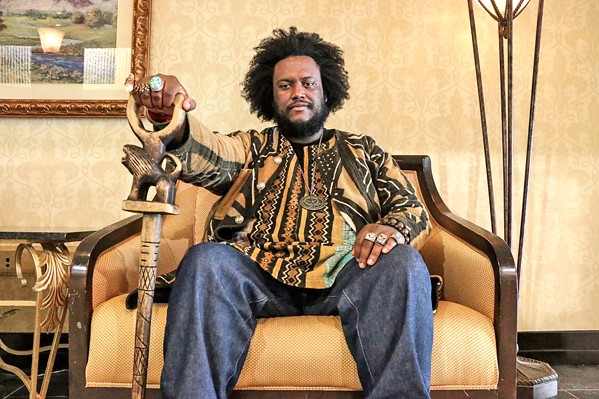 Electronic act Cash Cash plays next Thursday, Oct. 25, at Fremont (9 p.m.; 16-and-older; $32 at fremontslo.com or Boo Boo's). The NYC-based trio is "known for their infectious dance music," according to their press materials. 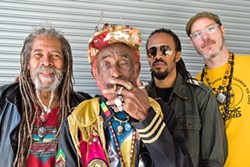 Perry, 82, has teamed up with NYC's Subatomic Sound System—"a hybrid band of new-school electronics and veteran Jamaican musicians from the Black Ark era recordings," according to press materials.

You can also expect songs from their 2018 album Super Ape Returns to Conquer, which landed on both the reggae and electronic charts with tracks such as "Black Ark Vampires."

Check out the original musical Danny, Come Home, playing Friday, Oct. 19, and Saturday, Oct. 20 (7 p.m.; all ages) at SLO's Unitarian Universalist Fellowship. "It's the story of a small town that's split in half over a homegrown controversy: Who gets to keep a runaway dog?" explained co-writer Michael Kaplan. "It's also about the way rumors and public opinions spiral out of control, and how people fall in love and reinvent themselves on the internet. Above all, it's a classic musical comedy tale of boy meets girl meets dog. And it is very much a family musical." The music was written by local pianist Mark Pietri. Should be fun!

The third Fall Folk-n-Soak Music Festival returns to Paso's Franklin Hot Strings this weekend, Friday, Oct. 19, through Sunday, Oct. 21. Take a soak, camp out, do some yoga, eat some vegan and vegetarian food, and listen to the likes of Christopher Hawley, Mike Beck, Jewels and Johnny Nation, and more ($20 to $50 at eventbrite.com).

Morro Bay Sings! fundraiser returns this Saturday, Oct. 20, with a new show featuring songs from the '40s and '50s, at the Morro Bay Community Center (doors at 5 p.m.; all ages; $50 includes dinner). Hear music by Cuesta College's a cappella group Voce, Jody Mulgrew, and others. 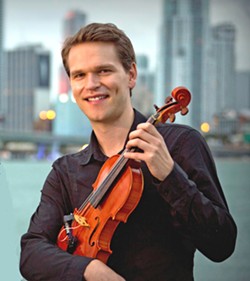 The ultra-talented Cimo Brothers play this Sunday, Oct. 21, at Cambria's charming Old Santa Rosa Chapel (4 p.m.; all ages; $20 general and $30 front row at brynnalbanese.com). The trio blends classic, world music, folk, and rock sounds, and if you've never been in the chapel, you're in for a treat. The acoustics are magic!