Raisins in the sun

The Central Coastâ€™s lucrative future as a premium wine-producing region is severely threatened by global
warming, a new international scientific study has concluded. 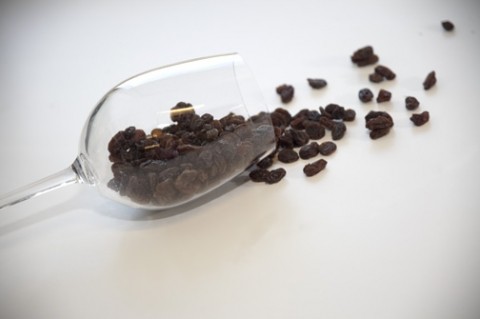 # Climate change brought on by burning fossil fuels is likely to ruin the ideal wine growing conditions found in Paso Robles and Santa Barbara County by the end of the 21st century, according to a study published last week in the Proceedings of the National Academy of Sciences. The San Luis Obispo/Arroyo Grande wine-producing region may be slightly less threatened by long-term weather changes because of cooler coastal influences.

Top scientists in the United States and Italy used the latest high-resolution climate model to predict the effects of global warming on premium wine production. If emissions continue unabated, the study reports, the U.S. area suitable for growing premium wine grapes could be reduced by as much as 81 percent by the end of this century.

Earlier research on the effects of global warming used projections of mean temperatures during the grape-growing season, which suggested little damage. But the new study projects the future incidence
of what it calls â€œsuper-hot daysâ€?â€”those hotter than 95 degrees.

Growing grapes can tolerate 14 super-hot days in a season, but as human activities continue to heat up the Earth, we can expect 50 to 60 super-hot days in the same timeframe, according to the scientists. Prolonged periods of extreme heat can make grapes fail to ripen flavorfullyâ€”or even drop off the vine. 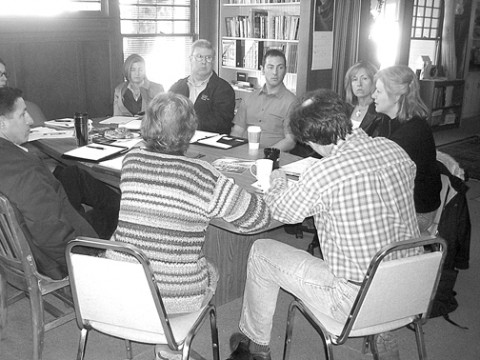 The news comes as no surprise to some savvy winegrape growers, who are already feeling the heat. At Peachy Canyon Winery on Paso Roblesâ€™ west side, the Beckett family has already installed irrigation driplines in a formerly dry-farmed vineyard.

â€œYou have to prepare the vineyards for these extreme situations,â€? said winemaker Josh Beckett between pours at last weekâ€™s Central Coast Wine Classic. â€œItâ€™s scary what the scientists are saying. Itâ€™s gonna be wild.â€?


Climate change is also on the front burner for other Central Coast citizens, who are part of a grassroots effort to reduce local global warming emissions.

The group is working with a broad coalition to organize a community summit, Smart Energy Solutions, set for Oct. 10 at the San Luis Obispo Vets Hall. Representatives of the SLO Chamber of Commerce, the Homebuilders Association, Coast National Bank, Cal Poly, PG&E, the Air Pollution Control District, ECOSLO, and SLO Green Build are among the organizers.

â€œThey all see global warming as a critical problem for the community,â€? Merriam said.

Atascaderoâ€™s mayor Tom Oâ€™Malley was the most recent to sign on, after being persuaded by local students from Atascadero High School and Cuesta College.

â€œItâ€™s an example of how young people are totally on board. They wouldnâ€™t take â€˜noâ€™ for an answer. It took them a huge amount of effort, but those kids really got to him,â€? Merriam said.

Local citiesâ€™ climate protection efforts are also being guided by the Air Pollution Control District, which is providing a computerized inventory of each cityâ€™s global warming emissions.

â€œThe U.S. failed to sign the Kyoto Agreement to reduce global warming, but now so many are saying, â€˜We canâ€™t wait for the government. We as citizens and cities have to take action,â€™â€? Merriam noted.

â€œOur summit will bring the community together to say there are solutions. Theyâ€™re here and available now. Donâ€™t believe it when they say there wonâ€™t be any solutions for 50 years. Donâ€™t believe it when they say business and environmentalists canâ€™t come together. Weâ€™re in this together. This affects everyoneâ€?â€”wine drinker or not. âˆ†

Freelancer Kathy Johnston may be reached at kjohnston@newtimesslo.com.