Ramy Youssef stars as the titular lead of the Muslim-centric dramady Ramy, now in its second season on Hulu. Ramy lives at home with his father, Farouk (Amr Waked); mother, Maysa (Hiam Abbass); and antagonistic sister, Dena (May Calamawy), and the series explores Ramy's travails as he attempts to navigate the fine line between his faith and America's anything-goes culture. (20 30-min. episodes) 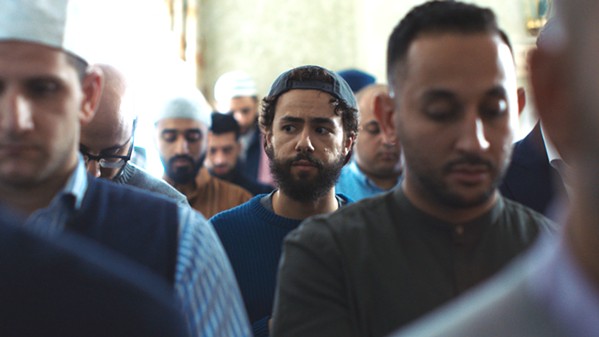 Glen Muslims only make up a little more than 1 percent of the U.S. population, or about 3.45 million people, and in general, the media seems to portray followers of Islam as zealots or extremists, but this show seems determined to dispel that stereotype. Ramy is a 20-something whose job at a failed startup has ended, and he's grown tired of sleeping with non-Muslim women he meets at clubs. He doesn't drink, and he follows prayer traditions, but he's a bit of a slacker when it comes to embracing all of Islam. When he goes to the mosque for prayer, instead of properly washing, as is tradition, he just sort of wets his feet without taking his socks off—the equivalent of the little kid who wets his toothbrush to prove to his mom that he brushed his teeth. When he asks his parents to arrange a date with a Muslim woman, he's shocked to find she's sexually aggressive. He's confused and searching for his sense of place. Desperate for a job, he goes to work for his racist uncle, Naseem (Laith Nakli), in the diamond district. The series is mostly a comedy, but it also explores racism against the Muslim community. The most potent episode is the fourth, "Strawberries," a flashback to 9/11, where Ramy learns some hard lessons about bigotry, but he also meets one of his lifelong friends, Stevie (Steve Way), confined to a wheelchair due to muscular dystrophy. Way is, in fact, confined to a wheelchair. The writing is thought-provoking and often raw, and the series offers insight into one of the U.S.'s most misunderstood and marginalized communities.

Anna While Ramy is the lead here, the writers are smart to shift focus onto the supporting characters as well. For instance, one episode focuses on his mom, Maysa, who feels stuck in the slump of both aging and loneliness. When Ramy blows off being her ride to the store, Maysa has a pleasant experience with a Lyft driver, which inspires her to join up as a driver. She soon learns that not everyone needing a ride also needs a new friend, and almost gives up the app until a charming French man makes her feel a spark. It's tender and also really sad, with a wonderful performance by Abbass. Another episode in the first season focuses on Dena, a 25-year-old student and virgin struggling with her culture's expectations of purity and being a young, modern woman ready to jump into her life. It's great to see this largely misunderstood religion and immigrant experience played out on screen. Ramy is a wonderful focus for the series to center on, but it certainly isn't just his story; there is a lot to dive into here.

Glen Too true. Showing the unfair expectations for male and female behavior in the Muslim culture makes clear that the series isn't here to whitewash Islam. No one bats an eye at Ramy's promiscuity, but if his sister did the same, she'd be disowned. Uncle Naseem's anti-Semitism is another example of examining Islam with an unblinking eye. When Ramy falls for a Jewish girl who tries to get him to take ecstasy, and he won't, she hooks up with another guy, and his two Muslim friends berate him for being too uptight. He's really adrift! Toward the end of the first season, he takes a trip to his family's homeland, Egypt, hoping to connect with his deeper traditions, but instead of helping him better embrace his faith, his Egyptian cousin just wants to take him to parties where people are smoking and taking drugs. We haven't started season 2 yet, but I'm looking forward to it because Mahershala Ali is joining the cast as Sheikh Malik. At its core, the series is interested in how difficult it is to be a good Muslim in America. This one's a must-see for anyone interested in expanding their knowledge of Islam in America.

Anna Ramy's spirituality and devotion to Islam is certainly not unshakeable. He wants to be a good Muslim, but he also has a pull to blur the lines on what is right or wrong. Sex is fun, he fakes drinking with his non-Muslim friends, but at some point he realizes his life is feeling empty. Maybe being more devout in his faith and practice of it will help him feel more grounded and fulfilled? It's not easy, and while he jumps in with both feet, the same temptations and tendencies are still ever-present. The family core adds interesting dynamics, from Dena continually frustrated by her parents' constant attention and rule over her life to Ramy reluctantly taking a job with his awful uncle doing something he really has no interest in. I'll definitely be checking out season 2 of this one. It started and stayed strong through season 1, and I have high hopes it will continue to be funny, thought-provoking, and real. Δ