Open any popular rideshare app on a Friday or Saturday night in downtown SLO, and you will see a veritable fleet of drivers for services like Uber and Lyft dashing and back and forth from pickups and drop-offs. 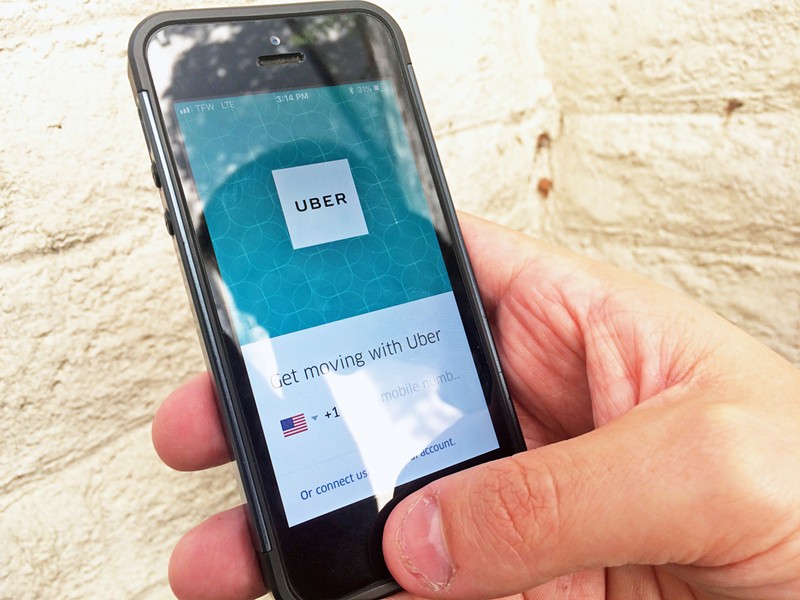 But on Jan. 17, local law enforcement officials made an announcement that raised questions about just how safe those services are. That same day investigators arrested Alfonso Alarcon-Nunez, a 39-year-old Uber driver who police say preyed on intoxicated female passengers, picking them up and escorting them to their homes before sexually assaulting them and stealing personal items such as cell phones, computers, and jewelry. San Luis Obispo County District Attorney Dan Dow said that Alarcon-Nunez sexually assaulted four victims, all of whom were young women and students attending either Cal Poly University or Cuesta College.

The allegations in the case bear striking similarities to other reported sexual assaults by Uber drivers listed as part of a class action lawsuit filed against the company last year. The lawsuit, filed in November 2017 on behalf of two unnamed women who were sexually assaulted by Uber drivers in Florida and California, argues that the company's operations and policies put riders, women in particular, at risk.

"Since Uber launched in 2010, thousands of female passengers have endured unlawful conduct by their Uber drivers including rape, sexual assault, physical violence, and gender motivated harassment," stated the lawsuit, filed by the law firm of Wigdor LLP. "This is no longer an issue of 'rogue' drivers who act unlawfully. Uber has created a system for bad actors to gain access to vulnerable victims."

Part of the flawed system, the lawsuit argues, involves how the company performs background checks on drivers. It alleges that the company fails to review criminal history information from outside the United States for drivers who previously lived in other countries.

"No steps are taken to inquire about the potential driver's history from their former country," the lawsuit stated.

According to Dow, Alarcon-Nunez is a Mexican national who voluntarily deported in 2005. Dow did not say if he had a prior criminal history in Mexico. According to Uber, Alarcon-Nunez provided a valid California driver's license and was screened for a criminal background check. The lawsuit, however, notes that much of the screening process takes place online and argues that the records and documents required to sign up as a driver could be faked.

The lawsuit also raised concerns about the company's ability to monitor drivers, noting that drivers could easily go "off app," allowing them to freely veer from their routes, park in secluded or remote places, and "engage in heinous violence" with little oversight.

Police investigators said they believed that Alarcon-Nunez would solicit rides as an Uber driver but collect payments through another app, Venmo, and used different names and aliases to disguise his identity and Uber records. Uber policy notes that payment for rides should only be coordinated through the Uber app and advises riders on its website to check that the license plate, driver photo, and driver name all match what's listed on the app.

The suit also questioned Uber's claims that the app is a safe way to get home for riders who have been drinking. Both the unnamed women in the lawsuit had been drinking prior to ordering their rides and being attacked, according to the complaint.

"What Uber has not shared with its passengers is that making the choice to hail a ride after drinking only puts those same passengers in peril from the Uber drivers themselves," the complaint stated.

In the wake of Alarcon-Nunez's arrest, police stated that he specifically chose intoxicated women as his victims, and Dow warned the public about the issue during a Jan. 22 press conference.

"It used to be that people would have a designated driver before these services were there," Dow said. "Those are probably the most safe ways to get home when you've been drinking, to have a sober driver that you know and trust."

Alarcon-Nunez is currently sitting in SLO County Jail on a $1.47 million bond, and faces 10 felony charges including rape of an intoxicated person, forcible rape, and burglary. He has pleaded "not guilty" to those charges.

"What police have reported is absolutely horrifying, and something no person should ever have to experience," Uber stated in an email response to questions from New Times. "We have been working with law enforcement to provide them with information for their investigation, and the driver has been permanently removed from the app."

Uber has used similar language in past statements related to driver misconduct. When a driver was arrested in Atlanta, Georgia, in December 2017 for allegedly raping a 16-year-old girl, Uber's statement read, "What's reported here is horrifying beyond words." In October of the same year, after an Uber driver killed eight people by intentionally driving a rental truck into a crowded cycling and pedestrian path in New York, the company's statement said it was "horrified by this senseless act of violence." In February 2016, Uber offered up a similar statement after one of its drivers went on a shooting spree in Kalamazoo, Michigan, with the company saying it was "horrified and heartbroken at the senseless violence in Kalamazoo."

"Despite Uber's purported 'horror,' it has failed to change," the complaint stated.

"These shocking allegations have breached public trust in our community and elsewhere in our state," Cunningham said in a statement. "I believe that a CPUC inquiry could help restore that trust. We need to ensure that these companies are adhering to regulations requiring background checks and vetting of drivers." Δ