Rebellion to reason: Local developer Cliff Branch writes about growing up in the counterculture in 'American Made: A Boomer's Reflection'

Some books don’t know what they want to be, but in their confusion turn out to be more important than one could imagine. 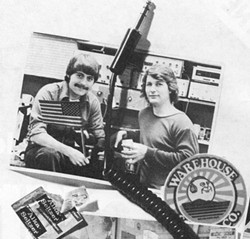 Branch, who’s responsible for developments such as the Avila Bay Club and the Bassi Ranch, began writing his book after a family reunion where his nieces and nephews relished in his tales of youth and he suffered a serious health scare. What started as a personal memoir grew as he chronicled his early forays into business and youth marketing, which, in turn, morphed into ruminations on the political challenges facing our nation. This mishmash makes the book a true oddity, but it’s also highly original, not unlike the man behind it.

Branch was aided in his quest to preserve the family history by his mother, who, when she fell ill, put in his keeping many boxes of artifacts—old photos, letters, and keepsakes. His 400-page book contains more than 600 images—many depicting Central Coast locations. It’s a tome that will appeal to those interested in boomer culture, in business, and in political philosophy. It’s also a fun read. In the same way personal letters of the Civil War era reveal important truths about the American character, Branch’s personal story tells us not only about him, but about the America where he grew up—a country that’s changed, not always for the better. In the end, he implores boomers, who hold so much of the power and wealth in our culture, to use their position for good.

Today, Cliff Branch as a grade schooler would no doubt be diagnosed with ADHD and put on Ritalin, a drug that his mother was indeed counseled to put him on, though as he writes, “She declined to medicate her growing boy with a relatively unknown psychoactive drug.”

Judging from his stories, there must have been days when she questioned that decision. Early in the book he writes of his first plane trip when his family flew to New York for his great-grandmother’s 100th birthday. He was 5.

“In later years, my mother told me that the experience of my first airplane flight, coupled with the sights and sounds of New York City, lit me up like a sparkler on the Fourth of July. She said that all five of my senses seemed to be on overload, and she felt as if she were trying to contain a baby chimp that had consumed a big cup of coffee,” Branch said.

The trip also yielded tantrums, peeing in his grandfather’s new Cadillac, and destroying a wooden ship built inside a large glass bottle.

Branch as a child appeared to be incorrigible. In one instance in 1955, he called a policeman a “dirty old copper” out the window of his mother’s car. In 1956, he gave his father the slip during a desert walk, setting off a search and rescue party. Branch’s two older brothers agreed he was a handful.

“Have you ever heard of Dennis the Menace?” asked his oldest brother Tony in a phone interview. “That was Cliff.”

“Mischievous is the world I’d use,” said middle brother Greg in another phone interview. “There was a sparkle that came out in ways that weren’t socially acceptable.”

It was pretty rough going for Branch—minor run-ins with the law, vandalism, and disobedience—until he turned 16 and suddenly amended his juvenile delinquent ways.

In most ways, however, the Branch family was as spiffy as the Cleavers—white, middle class, with two educated parents and plenty of opportunities. Unlike too many successful boomers, Branch doesn’t take his good fortune for granted. He knows he had plenty of breaks.

Branch is nothing if not smart. Even as a kid, he was seeing the angles. In 1965, he was “leafing through” his father’s Wall Street Journal and discovered that the government was recalling pure silver coins. Then he noticed a coin dealer offering 13.5 percent more than value for these silver quarters.

“Earlier that year, my dad had released a gift from my grandparents of $850. I pulled the money out of my account, asking the teller to convert the cash into coins,” he wrote. 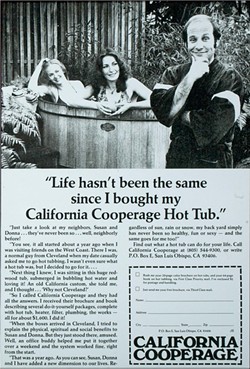 He carted the coins home, and “separated approximately $600 in silver coins from the rolls, took them to the coin dealer and received about $680. I took the $680 in cash and the $250 in non-silver coins to another bank and asked for $930, all in coins.”

Branch repeated this enough times that he hired his first employee, a 12-year-old boy from his neighborhood to help with the coins, to whom he paid $20.

“For the first time in my life, I was in business,” Branch wrote. “The gig ran out in a couple of months, after the government had called in about 90 percent of the pure silver coins. But my ‘investment’ had paid off. In a short span of time, I had more than doubled my money.”

Of course, it wasn’t all smooth sailing. Branch also writes about how he lost his first three jobs in quick succession, and the lessons he learned from each experience.

He eventually wound up at Cal Poly in 1968, and at that time, his parents were living in Thailand while his father worked for the Stanford Research Institute on a top-secret project connected to the U.S. Army and State Department.

Branch took a trip to visit his parents in Bangkok and decided—unbeknownst to his parents—to take a trip to Saigon, Vietnam, to gather material for a novel he was writing for a class. His creative writing teacher had offered anyone in class two credits for writing “a sizeable piece of fiction.”

The Vietnam War was raging, and the trip was a reckless and dangerous excursion, but it yielded great material for his novel. Upon stopping in Hong Kong on his way back to San Luis Obispo, Branch discovered what would be his first big business endeavor.

“Although I hadn’t planed on it, I ended up in Hong Kong for a few days after I left Saigon, where I bought several cases of Sony headphones from a wholesaler, as well as other Sony stereo components, and had them shipped to me in the United States,” he wrote.

Branch suddenly found himself on the cutting edge of the youth culture, when he met his first business partner, fellow student Tom Spalding.

“He was a pretty outgoing guy,” Spalding recalled during a phone interview. “I first met him at a store, and he’d just come back from Thailand. We got chatting, talking hi-fi stereos, and I went to his apartment where he had this amazing custom built stereo he made from components he bought on his trip. By the afternoon, we were best buddies.” 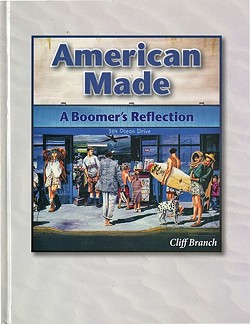 Then he and Spalding got well known local developer John King to invest in a larger retail stereo store, Stereo West, which then evolved into a mail-order business, Warehouse Sound Co.

Branch’s writing abilities soon came in handy as he penned the mail-order catalogs that become instrumental in marketing custom stereos to the younger generation. As both Branch and Spalding noted, these high fidelity systems weren’t like the old-fashioned living room stereos that looked like a big piece of furniture. They were exactly what college kids wanted.

The business eventually moved to Railroad Square in the old brick building on Osos Street near Santa Barbara Street, which was the site of one of Branch’s most amazing adventures. The business had been hired to create a $55,000 sound system for the Christian touring group Up With People, and the boys decided they needed to test it before shipping it off for the group’s 1976 Super Bowl halftime show. Tim Weisberg (A&M Records) and David Riordan (Capital Records) played the Railroad Square show that attracted thousands who gathered for the free concert, shutting down half the town with the massive crowd.

Branch’s parents finally got wind of how successful their son had become when the Telegram Tribune ran an article with the headline, “Local Boys Make Good and $5.5 Million.” Then in 1978, Rolling Stone magazine wrote an article on Warehouse Sound. By then the company’s annual sales were more than $10 million, about $35 million in today’s dollars.

From there, Branch got involved in hot tubs with a venture called California Cooperage. Once again, he was riding the crest of a wave that no one else saw forming, and the money poured in.

And then he was introduced to cocaine.

That could easily have been the end of Branch’s success story. Drugs were ruining people’s lives and futures, and he was young, rich, and still a risk taker. Luckily, his experimentation was short lived, and interestingly enough, in his recovery from drug flirtations, he found another opportunity. He wrote a book called The All-American Cocaine Story, in which he chronicled his own addiction, how he overcame it, and where to turn for help. It was written under the pen name David Britt, and it became a best seller.

American Made delves further into Branch’s various entrepreneurial endeavors: the heartbreak of Oakenshaw, a spa he planned to develop in Santa Margarita curtailed by the 1985 Las Pilitas fire; his partnership in Ergo personal computers, which became favorites of the Pentagon because their small size made them easy to disconnect and lock up for security; and his local developments like the Stoneridge II housing development and his Santa Rosa Street art deco-esque office building.

Branch is a person who gets things done.

Part of his book looks at boomer trends and culture—the stuff he grew up with, but toward the end, the book takes an unexpected turn.

Not all, but most successful business people tend to be conservatives and Republicans. They see government as a burden with rules that slow down their success. They think poor people should work harder and that the social safety net is a disincentive to success.

Branch’s section on politics isn’t preachy, but it is sharply observed. He believes strongly in funding education, he laments that our health care system is a “profit center,” he’s concerned about religion in politics, and the interpretation of the Second Amendment. But perhaps most importantly, he’s worried about greed and, as he types it, “Wall $treet.” He’s an astute observer of the financial meltdown and he forcefully calls out Fox News Corporation for its disinformation campaign.

Another underlying theme that runs throughout the book is Branch’s evolving ethics, something he’s struggled to maintain in a cutthroat business world. Even during his first business venture, the silver coins, we see him wrestling with the morality of making money.

“In the years that followed, I never said much about my silver story,” he wrote. “Even though I knew what I’d done was legal, I always felt a bit slimy about it: I’d scammed the system and paid low wages to a kid. I obtained coins under false pretenses as a student in search for rare coins. Even as I’d gone from bank to bank and the kid and I sat around sorting coins, I’d begun to feel that it served no purpose except to satisfy my own greed. After the whole thing was over, I shared my misgivings with my father, who nodded and answered, ‘Good. Nice to hear that you see the other side. I was worried you might be headed toward a career on Wall Street.’”

Instead, he embarked on a career as a straight dealer, and his book reflects the times in which he grew up.

“I wrote the book from my heart,” he said during an interview in his office. “It wasn’t meant to be a product to sell, but it was something I felt I needed to write before it was too late.”

Staff Writer Glen Starkey can be contacted at gstarkey@newtimesslo.com.