The mini heat wave we've been enjoying is coming to an end as we return to seasonal low-70s temps, but this week's concert schedule has summertime written all over it.

For starters, Otter Productions Inc. is bringing Rebelution on their Good Vibes Summer Tour to the Avila Beach Golf Resort next Thursday, June 20 (5 p.m.; all ages; $25 to $165 at Boo Boo Records and eventbrite.com), with Protoje, Durand Jones & The Indications, and DJ Mackle.

Grammy-nominated reggae/rock band Rebelution formed in Isla Vista while the members were UCSB students, but the group has grown into a touring powerhouse with six albums to its credit. Falling into Place (2016) was nominated for Best Reggae Album at the 2017 Grammy Awards. Their most recent album is 2018's Free Rein. If you dig their softer side, check out the 2015 acoustic rerecording of the 2014 album, Count Me In.

This is upbeat reggae with R&B, jazz, and rock influences that will have the beach crowd pumped!

Meanwhile at Vina Robles Amphitheatre, Sublime with Rome and SOJA co-headline on Tuesday, June 18 (7 p.m.; all ages; $45 to $65 at vinaroblesamphitheatre.com), with Common Kings opening. 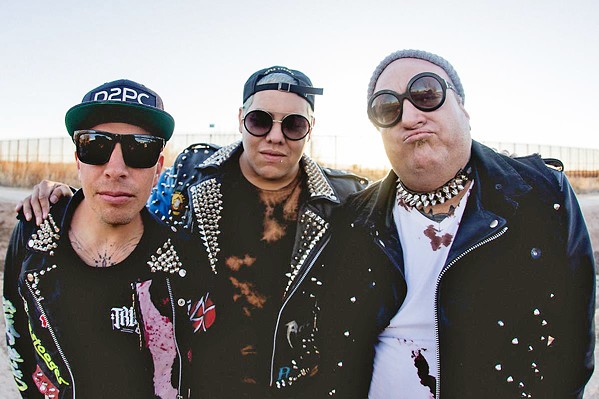 Ska-punk act Sublime hit the ground running in 1988 but really found their stride with their debut album, 40oz. to Freedom (1992). They followed up in 1994 with Robbin' the Hood, which further cemented their rep as an amazing party band. Their original singer, Bradley Nowell, was awesome, but they missed a lot of gigs thanks to his drug use. He died of a heroin overdose in 1996, which effectively ended the band.

In 2009, the band's surviving members reformed with Sublime super fan Rome Ramirez taking Nowell's place as lead singer and guitarist, but after they performed at Cypress Hill's Smokeout Festival, Nowell's estate sued since it controlled the Sublime name. Hence, Sublime with Rome was born. They've gone on to record three studio albums of their own.

This show will be jumping!

Numbskull and Good Medicine Presents is bringing neo-swing and jump blues act Big Bad Voodoo Daddy to Presqu'ile Winery on Friday, June 14 (doors at 6 p.m.; all ages; $35 presale at Boo Boo's or ticketfly.com or $40 at the door).

Can you believe it's been 26 years since Big Bad Voodoo Daddy helped revive swing music alongside acts like Royal Crown Revue, Lavay Smith and Her Red Hot Skillet Lickers, and Cherry Poppin' Daddies? They continue to tour virtually nonstop, performing on average more than 150 shows a year.

They really got a leg up when they were featured in the 1996 indie film, Swingers, which also launched the careers of Vince Vaughn and Jon Favreau. Now, about 3,000 shows and 11 albums later, the band is still a hoot to see live. 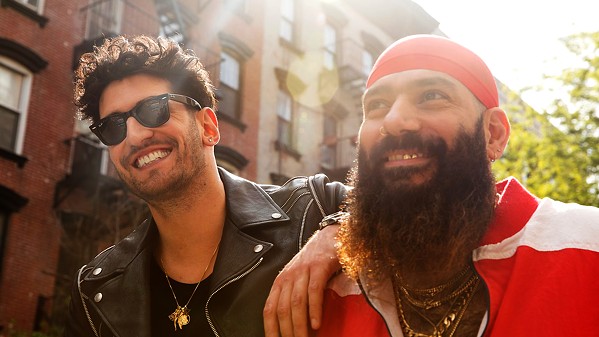 Mexican-American rocker Alejandro Escovedo plays the SLO Brew Rock Event Center on Tuesday, June 18 (7 p.m.; 18-and-older; $20 at slobrew.com). He's touring in support of The Crossing. "This says more about me than any of my records without it being a record about me," Escovedo said in press materials about the themed album that "tells the tale of two boys, one from Mexico, one from Italy, who meet in Texas to chase their American rock 'n' roll dreams."

Finally, Dirtwire plays the SLO Brew Rock Event Center on Thursday, June 20 (8 p.m.; 18-and-older; $13 at slobrew.com; standing room only). Dirtwire is David Satori of Beats Antique, Evan Fraser of Bolo, and Mark Reveley of Jed and Lucia, who conjure up "a whirlwind of sound using traditional instrumentation, world percussion, soundscapes, and electronic beats," according to their bio.

So far I've told you about both Friday and Saturday of the June 21 to 23 Live Oak Music Festival (tickets and info at liveoakfest.org), both of which boast stellar lineups, but Sunday, June 23, might be the best day yet, thanks in large part to headliner folk pop singer-songwriter Brett Dennen, who writes irresistible feel-good songs.

You can't listen to "Wild Child" or "Already Gone" or "Comeback Kid (That's My Dog)" without smiling. With his shock of red hair and laid-back attitude, there's no better way to slide into the end of another Live Oak—this one returned to SLO County at El Chorro Regional Park. Of course, there's a heckuva lot more happening before Dennen hits the Main Stage at 7 p.m.

At 10 a.m., the entertainment moves to the Main Stage with traditional gospel quartet The Sons of the Soul Revivers, then indie folk rock 'n' soul act Moonshiner Collective at 11:30 a.m., and then gifted singer-songwriter John Craigie at 1 p.m., playing until the afternoon break at 2:15. The action returns to the Main Stage at 5 p.m. with African desert rock act Bombino, before Dennen closes things out.

In between, you can join bluegrass musician Phil Salazar for a jamming workshop on Stage Too from noon to 1:30 p.m., see American roots act Noach Tangeras Band in the Beer Garden from 2:15 to 3 p.m., see soul act Midtown Social on Stage Too from 2:45 to 3:30 p.m., or watch the adorable Kids' Talent Show on the Children's Stage from 3 to 4:30 p.m. 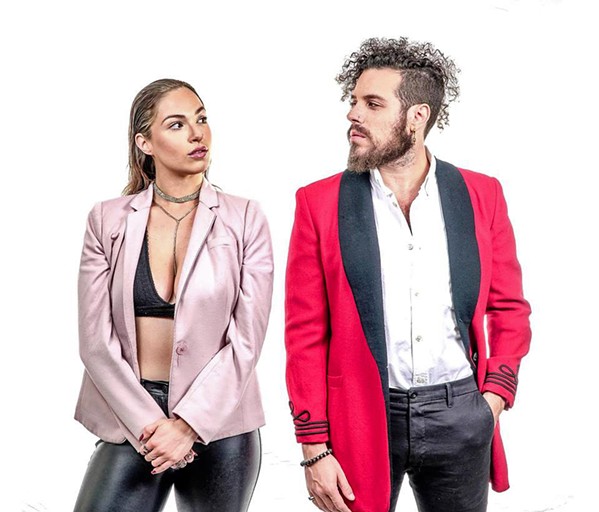 As another reminder that summer is nigh, the 24th annual Concerts in the Plaza series starts this Friday, June 14, with the EDM pop danceable sounds of Rose Colored World (5 to 8 p.m.; all ages; free).

The Painted Sky Concert Series presents an evening with Nicole Stromsoe and her band on Friday, June 14 (8 p.m.; all ages; $15 presale at Boo Boo Records and Ball & Skein or at (805) 927-8330). Stromsoe has a singular voice—sensual, evocative, and arresting. She'll be joined by a stellar cast of sidemen: Dorian Michael (guitar), Ken Hustad (bass), Dean Giles (drums), and Danny Pelfrey (sax).

Ryan David Orr plays Linnaea's Café this Saturday, June 15 (7 p.m.; all ages; pass-the-hat). According to press materials, his "sound is informed by the energy and attitude of many classic rock and grunge rock bands, mixed with the mellow, organic grooviness of the folk movement of the '60s and '70s." Radiohead, Mos Def, Beethoven, Pearl Jam, Tool, and Iron & Wine are a few of his influences.

Singer-songwriter Josephine Johnson will make a few local stops on her California Vibes Tour to support her album, The Spark. See her when she's a featured player at Paso Robles' Sculpterra Winery as part of the Songwriters At Play showcase on Sunday, June 16 (1 p.m.; all ages; pass-the-hat). She'll also play free shows at the Morro Bay Wine Seller on Monday, June 17 (6 p.m.), Branch Street Deli on Wednesday, June 19, an in-store performance at Boo Boo Records on Thursday, June 20, and Presqu'ile Winery on Friday, June 21 (4:30 p.m.). Δ