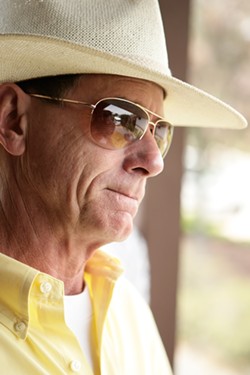 Tom Murphy’s case against the state is sinking. The inventor of the Reclamator, a sewage-treatment device touted to Los Osos residents as the answer to their long-running sewer woes, recently sued the state for libel, but San Luis Obispo Superior Court Judge Barry LaBarbera said Murphy has no case.

State water officials, however, staunchly refute Murphy’s claims that he can recycle household water. Even a house with a Reclamator is considered to be outputting waste, they say, and is charged for the service.

That assertion prompted Murphy’s lawsuit. He sued after Roger Briggs and Harvey Packard, both of the Central Coast Regional Water Quality Control Board, said in letters and on the radio that the Reclamator was unproven in the state’s eyes. Murphy filed the lawsuit in June 2008 for defamation, libel, and interference.

The court disagreed with his take. On April 15 of this year, LaBarbera tentatively ruled in favor of a motion by the state to strike Murphy’s causes for the lawsuit. Murphy had not been delivered a copy of the tentative ruling, so the case was delayed one week to let him read and respond. LaBarbera indicated Murphy would not be happy with the decision. LaBarbera also tentatively awarded $5,000 in attorney fees to the defendants.

Murphy declined to comment and said he had been treated unfairly in past New Times articles.