Millions of Americans have lost wages or were laid off entirely within the last month due to coronavirus-related closures, and within SLO County's cities, recreation employees are among the hardest hit.

Since the state implemented a shelter-at-home order in mid-March, parks and trails throughout the county have closed or are open only for restricted uses. Public facilities are closed, city-run classes and events are canceled, and recreation programs—like league sports and kids' after-school programs—are on pause. 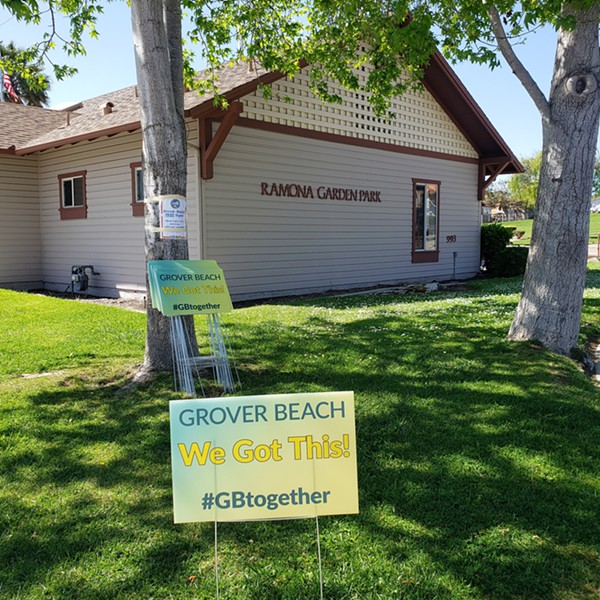 That's left scores of part-time and seasonal employees, many who work in SLO County's recreation departments, suddenly without work. In San Luis Obispo city alone, about 100 such employees are currently out of work, according to James Blattler, a spokesman for the city of SLO.

"The temporary closure of city facilities and suspension of some city services, primarily in the Parks and Recreation and Parking divisions, had an immediate impact," Blattler wrote in an email to New Times. "The workforce in these program areas are mainly seasonal or temporary in nature and routinely fluctuate depending on time of year or program demands."

Although the city was able to keep some recreation employees on as "trail and park ambassadors," who help enforce social distancing regulations in city parks and on trails, Blattler said most of the city's recreation facilities and programs are closed. Closures include programming and events at the Ludwick Center, SLO Swim Center, Laguna Lake Golf Course, Youth Services programs at five different school sites, youth and adult sports, and contract classes.

The only other city employees furloughed due to COVID-19 were two part-time employees in the Arroyo Grande Police Department, Bohlken said.

Although four recreation employees are still on the clock working to provide virtual recreation opportunities, Bohlken said the others rely on events and programs for work. To offer some assistance to these employees, Arroyo Grande created an emergency sick leave program that lasted until March 31.

Other cities are facing similar challenges. A recent report released by the League of California Cities found that because of coronavirus-related revenue shortfalls, 90 percent of cities project that cuts in services or furloughs and layoffs will have to be made. Three in 4 cities say they might have to do both.

In Morro Bay, which relies heavily on tourists for revenue and is facing significant fiscal challenges because of COVID-19, City Manager Scott Collins said the city is implementing a number of revenue-saving measures. A number of public officials and city employees are taking pay cuts, city hiring and travel is frozen, and more than 70 temporary and part-time staff—many in recreation—are out of work.

At least two SLO County cities, Grover Beach and Pismo Beach, haven't had to make any major cuts to recreation staff. Both have tiny recreation divisions—Pismo only has one full-time recreation employee and Grover has two—and mostly use contracted instructors for city classes, camps, and other events.

In both cities, the few existing full- and part-time recreation staff are working on building virtual recreation activities and planning for the future.

"While the city faces sizable revenue losses related to COVID-19," Bronson of Grover Beach said, "we anticipate balancing our budget for the remainder of this fiscal year and next year without reducing services or staffing levels at this time given our overall revenues."