It’s not terribly exciting, but what do you want? This is a story about our cash-strapped government and a bundle of cash the state is fighting individual cities for. 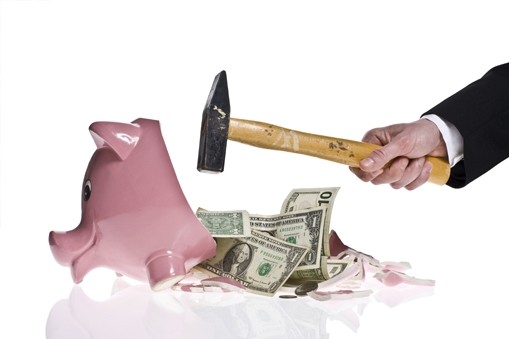 California wants to shut down more than 400 city redevelopment agencies and take the money to shore up the state government’s budget.

Grover Beach, Arroyo Grande, Pismo Beach, Atascadero, and Paso Robles all have redevelopment agencies—and those agencies are in jeopardy.

City staffers have been throwing around a lot of ugly words behind the scenes to describe this process. Grover Beach would have to cough up $380,000 to keep its agency. Arroyo Grande would have to pay around $500,000; Paso Robles $1.7 million; Atascadero $1.5 million. Pismo Beach has announced it will likely eliminate its program.

The California Redevelopment Association sued the state, and the whole issue has been thrown into the courts. The State Supreme Court will decide the issue by the end of the year, and until then, redevelopment agency funds are frozen.

Cities that have redevelopment agencies have to decide if they want to invest their own money in the projects that were already budgeted. The Atascadero City Council will have to decide at its Sept. 13 meeting if it wants to pay for $1.3 million for planned redevelopment projects out of its general budget. If the council doesn’t pony up the cash, new affordable housing programs and park updates will likely be eliminated.

The same types of decisions are being made in cities all over California.

Redevelopment agencies have been around since 1945; they give cities a chance to keep a slice of their property taxes in return for investing that money in “blighted areas.” Since the agencies started, the definition of “blighted areas” has been expanded to include nearly any area where a city council would like to spend money.

The “let’s do whatever we can to spend the money before the state gets it” idea was becoming widespread.

This shouldn’t come as a surprise, according to Tom Hart, deputy director of the California Redevelopment Association. The state has been sniffing around the agencies for years.

“Gov. Schwarzenegger tried to do this two years ago, but the Legislature stopped him,” Hart said. “Now Gov. Brown wants to eliminate [the agencies] completely.”

Hart said Brown was being shortsighted by trying to drain the agencies of their money.

“Redevelopment [agencies] provide an incredible stimulus effect on the California economy, especially now, when it needs it most,” Hart said.

He explained that studies conducted before the Great Recession showed that the agencies provided hundreds of thousands of jobs and helped strengthen the economy in areas that most private businesses overlook.

“Redevelopment is a local stimulus program that provides job creation,” he said. “They’re the largest provider of affordable housing in California behind the federal government. A lot of those lawmakers were supporters of redevelopment agencies when they were on city councils. Now, they are being incredibly shortsighted.”