When The Maytals frontman Frederick "Toots" Hibbert sang "Do the Reggay" on their 1968 single, it was the first song to use the term—ostensibly naming the popular genre. 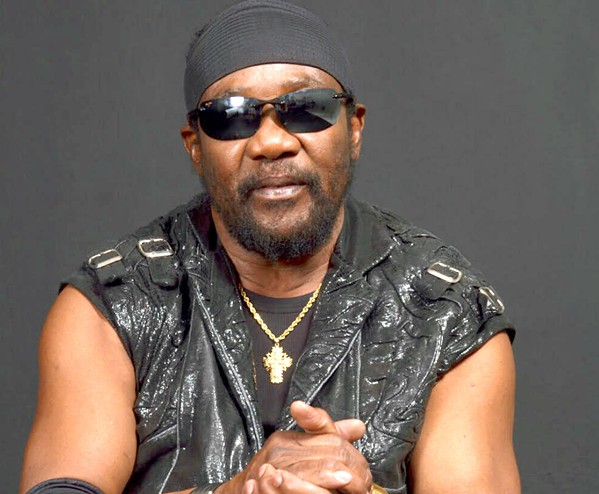 The Jamaican act started as a vocal trio and was signed to Island Records about the same time as Bob Marley. You really don't get any more connected to the genesis of reggae than Toots and the Maytals. Bands such as The Clash and The Specials have covered their songs. They were also featured prominently in the soundtrack to the classic 1972 film The Harder They Come, and they've collaborated with the likes of Keith Richards, Eric Clapton, and Bonnie Raitt.

For the past 56 years, the group has remained a seminal force in ska, rocksteady, and reggae, and they're coming to the Fremont Theater this Friday, July 6 (9 p.m.; 16-and-older; $38 at Boo Boo's or eventbrite.com). Katchafire and Junior Toots will open.

Also coming up at the Fremont is The Chris Robinson Brotherhood on Thursday, July 12 (9 p.m.; $24 to $249 VIP at Boo Boo's or eventbrite.com). Robinson shot to prominence as the frontman of The Black Crowes, and he and his band are currently touring in support of Barefoot In The Head, their third release in two years, that features more of their engaging feel-good, psychedelic rock. Hippy music at its best! 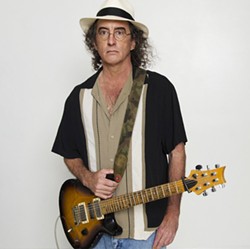 "There's a Vietnam vet with a cardboard sign/ Sitting there by the left turn line/ The flag on his wheelchair flapping in the breeze/ One leg missing and both hands free/ No one's paying much mind to him/ The V.A. budget's just stretched so thin/ And now there's more coming back from the Mideast war/ We can't make it here anymore," sings James McMurtry, who plays a Numbskull and Good Medicine Presents show this Friday, July 6, at The Siren (7:30 p.m.; 21-and-older; sorry, folks—this show is sold out as of press time).

McMurtry is the son of famed Pulitzer Prize-winning novelist Larry McMurtry (Lonesome Dove, The Last Picture Show), and though that's a long shadow to crawl out from under, James has done it with his extraordinary tunesmithing, literary lyrics, and crafty self-taught guitar playing.

"James has that rare gift of being able to make a listener laugh out loud at one line and choke up at the next," fellow singer-songwriter Jason Isbell said in press materials. "I don't think anybody writes better lyrics."

Complicated Game, McMurtry's 12th studio album released in 2015, is one of his best. It landed at No. 1 on the U.S. Heatseekers Chart and No. 4 on the U.S. Folk Chart.

"James McMurtry may be the truest, fiercest songwriter of his generation," Stephen King also noted.

If you're a fan of exceptional singer-songwriter fare, don't miss it!

Don't forget that on Thursday, July 5, amazing Americana folk duo Birds of Chicago play The Siren (7 p.m.; 21-and-older; $20 presale at ticketfly.com or $25 at the door). The husband-and-wife team of JT Nero and Allison Russell (who was in the Canadian roots act Po'Girl) call their sound "secular gospel."

Also, classic British rock and new wave act The Fixx plays The Siren on Sunday, July 8 (7 p.m.; 21-and-older; $34 presale at Boo Boo's and ticketfly.com or $37 at the door). You'll probably hear some of their classic hits such as "One Thing Leads to Another," "Are We Ourselves," "Secret Separation," "Red Skies," and "Stand or Fall."

Said vocalist Cy Curnin in press materials of their most recent album Beautiful Friction (2012), "There's a theme that traces through The Fixx. Our catalogue is connected, our viewpoint as a collective has always been socially driven. With the internet, things sped up, and we were able to get feedback quicker and became closer with our fan base. We've been so thankful to hear from people who let us know our music made a difference in their life. It made us realize we had a sense of responsibility to our audience, that our work as a band was unfinished." 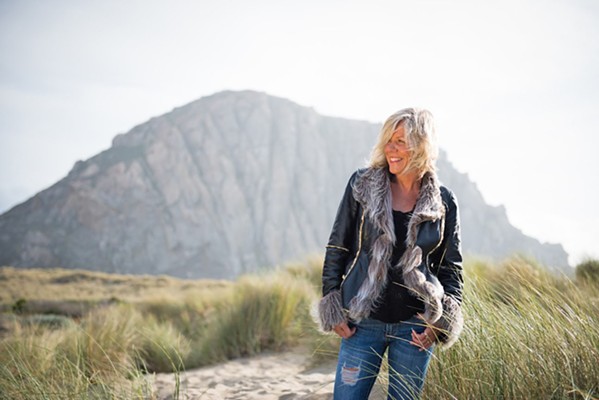 Singer-songwriter, rocker, and Cal Poly chemistry professor Kristen Black recently moved out of a scorpion-infested house and is semi-homeless, but that hasn't stopped her from being a good Samaritan.

"I'm putting together a benefit, extremely dear to my heart, for the Community Counseling Center of SLO on Saturday, July 7, at Bang the Drum," Black said. "The CCC has just moved into a new facility and truly needs financial support. It provides short-term mental health services for those who cannot afford it or those who are under-insured.

"This will also be one of my very last appearances before I leave on my yearlong sabbatical to Nashville (Vanderbilt) to pursue ... chemistry! Ha-ha! Didn't see that one coming!"

Come out and support the CCC and see The Scorpion Queen off for a yearlong sojourn. There will be a silent auction, food, beer, and obviously music at this family-friendly event, and tickets are just $15 at eventbrite.com (search Kristen Black). Remaining tickets will be available at the door. 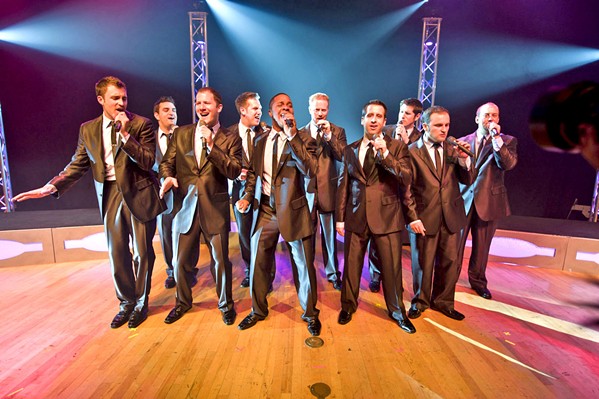 Thanks to the Anna Kendrick-starring Pitch Perfect franchise and vocal groups such as Straight No Chaser, which performs at Vina Robles Amphitheatre on Wednesday, July 11 (8 p.m.; all ages; $39.50 to $59.50 at vinaroblesamphitheatre.com), a cappella has found a life beyond high school choir.

"If the phrase 'male a cappella group' conjures up an image of students in blue blazers, ties, and khakis singing traditional college songs on ivied campuses ... think again," the group's bio reads. "Straight No Chaser are neither strait-laced nor straight-faced, but neither are they vaudeville-style kitsch. They have emerged as a phenomenon with a massive fan base, numerous national TV appearances, and proven success with CD releases."

Oh, who are they kidding? They look like dorks but do sound awesome! 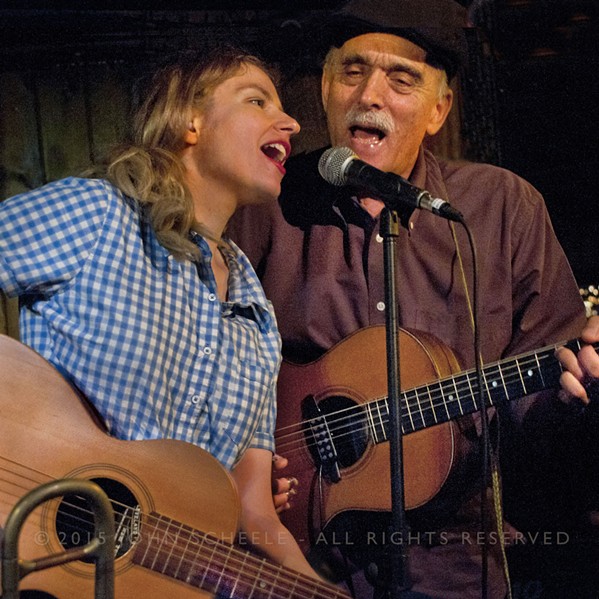 Twang N Bang is bringing North Carolina's Caleb Caudle and band to Sweet Springs Saloon on Tuesday, July 10 (7 p.m.; 21-and-older; $7 presale at eventbrite.com or $8 at the door). The evening of badass country rock will also include the Turkey Buzzards and a special reunion of Red Eye Junction. 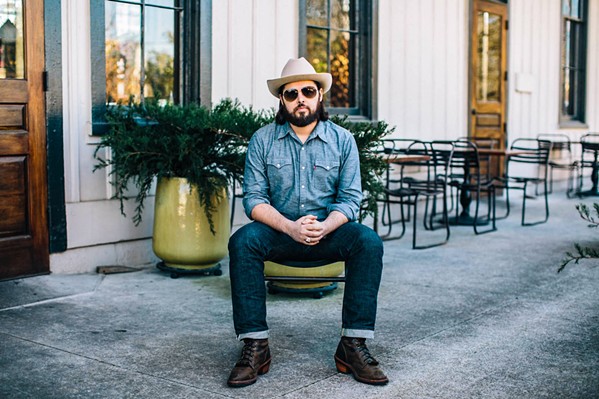 "Caleb came as a recommendation to me from guys like John Moreland and Matt Woods," organizer Patrick Hayes said. "He's been putting out killer albums and playing around for years but rarely out West. We were fortunate to host Caleb for a house show a while back and were treated to Caleb's impressively powerful voice. I've seen a billion punk rock screamers, but I've heard very few voices as big as Caleb's." Δ