Human remains discovered in rural Santa Margarita earlier this year belonged to a 38-year-old man who'd been missing for more than two years, according to the SLO County Sheriff's Office.

Sheriff's officials confirmed on May 29 that the remains are those of Jared Jay Walters, and that his death was being investigated as a homicide. 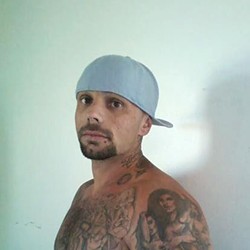 Walters, identified by sheriff's officials as a transient with no known address, was reported missing to the Atascadero Police Department on Feb. 26, 2016. On March 6 of this year, the Sheriff's Office Special Enforcement Detail and the Santa Barbara County Sheriff's Special Enforcement Team served a search warrant at a property in the 4100 block of Stagecoach Canyon Road in Santa Margarita. The remains, later identified as Walters', were discovered on the property during the two-day multi-agency operation.

According to a press release from the Sheriff's Office, the California Department of Justice utilized DNA testing to confirm that the remains were Walters'.

Other than confirming that Walters' death is being investigated as a homicide, the department declined to release further details related to case, stating that it was an ongoing investigation.

Anyone with information related Walters' death is encouraged to contact the Sheriff's Office's detective division at (805) 781-4500, calling Crime Stoppers at (805) 549-7867, or submit your tip online at slotips.org. Δ