Trucks—noise, exhaust, leaking liquids, the smell of refuse—are what Kathy Borland envisions will come along with the composting facility recently approved by the SLO County Planning Commission. 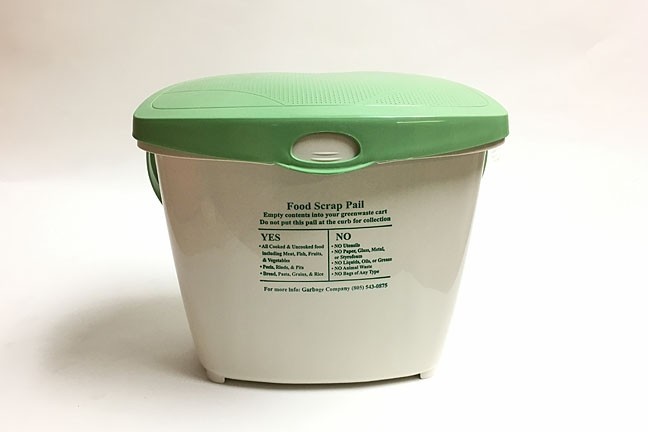 Green-waste trucks that currently transport compostable material to Santa Maria would head for Old Santa Fe Road once the plant is finished. The goal is for that to happen in the next couple of years.

The 43,000-square-foot facility proposed by Hitachi Zosen INOVA would turn the county’s organic waste into electricity without generating greenhouse gas emissions or odor. Although it would be the first anaerobic digestion facility the company has ever built and operated in the U.S., Hitachi Zosen’s been constructing the plants in Europe since 1991. California has at least 21 similar plants either already operating, being constructed, or in the planning process.

“The concept is not the issue. We love the concept,” Borland told New Times. “The issue is that it’s a done deal.”

She and a group of residents who are sandwiched between the airport and the industrial area along Buckley Road expressed anger at the Aug. 23 meeting, saying they felt the project was pushed through too fast and demanding that the county perform an environmental impact report.

“They were very concerned when we built the facility in Zürich about noise and odor,” Skinner said. “And three years on, we still haven’t had a noise or odor complaint.”

But it’s not as much about the plant itself as it is about a larger issue residents have with the county. Borland told New Times she only heard about the project three weeks prior to the meeting, and she only heard about it then because her neighbor told her about it. Borland’s property isn’t close enough to the San Luis Garbage property (within 1,000 feet) to require notification from the county.

And while she understands that 33 years ago, she purchased a house next to the airport, over the years, the size and scale of the airport has changed and the area surrounding her home has become more and more developed. Take Tap It Brewing Company and the concert music she can hear from her backyard, for example, or the recently approved SLO Brew brewing facility and music venue, The Rock. During the Aug. 23 hearing, 3rd District Planning Commissioner Eric Meyer acknowledged that the way things are zoned doesn’t make it easy for residents near the airport.

“It’s something that is controversial, and there’s nothing I can do about the controversy,” he said, adding that the commission can’t really change the way things are zoned. They simply need to vote on the merits of the project based on where it’s located and what it’s zoned for. “For some reason, county planners decided to put residences next to the airport.”