The lineup is so good (and eclectic!) at this year's Live Oak Music Festival that it's hard to say who I'm most excited about, but '50s-style rock, rockabilly, and R&B artist JD McPherson, who plays on Friday, June 15, the first night of the three-day festival ending Sunday, June 17, is certainly right up there.

I've been digging his sounds since his 2012 debut, Signs and Signifiers, which was filled with hooky and lyrically literate romps, such as the title track, on which McPherson sings, "I've got signs and signifiers/ Gossipers and liars/ Twist me every way they wanna go/ What looks like a raging fire/ Are your dreams and desires/ Endin' up like ashes on the ground/ If you'll consider me a chance/ To falter through our dance/ Then the other ones may just leave us alone."

Dropping in contemporary lyrics like "not enough game" gives McPherson's retro sounds a modern edge. His whole persona is about affecting a style, from his carefully curated songs to his casual cool dress. McPherson knows the power of design, having earned a Master of Fine Arts degree at the University of Tulsa.

Over the course of now three albums, Let the Good Times Roll (2015) and Undivided Heart & Soul (2017), McPherson's sound has evolved, continually mixing old and new, sometimes working with co-writers, which has brought him some trepidation.

"I was having nightmares every night, thinking, 'Wow, they're going to hate this,'" McPherson said in press materials about his newest album, but of course he was wrong. Fans have once again fallen for his songs about, as his press materials call them, "upheavals, frustrations, roadblocks, and kismet—a cross-country move, failed creative relationships, a once-in-a-lifetime career opportunity, and learning to love making music again by letting go."

"Up to this point, I thought I knew what I was doing with songwriting, that I don't do this or that," McPherson said. "Writing with people who co-write for a living ... maybe I saw myself as John Henry, and them as the steel-driving machine."

A lot of the new songs are more edgy, raw, and rocking, such as "Style is a Losing Game," which has a little bit of a fuzzy, wall of sound vibe. He's going to put on a great show!

You can see the entire Live Oak Music Festival lineup at liveoakfest.org, where you can also buy tickets for single day passes, whole festival passes, and festival passes with camping. You can also still get tickets for the special Thursday, June 14, fundraising concert with Michael Franti and Spearhead. Live Oak is a fundraiser for Central Coast NPR station KCBX 90.1FM, and happens every Father's Day weekend at Camp Live Oak, in the Santa Ynez mountains, off Highway 154. 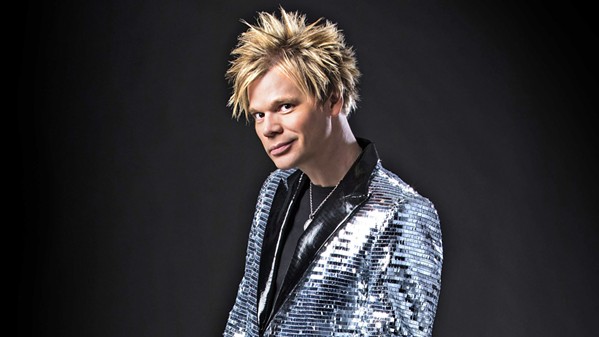 Hailing from the musically rich city of Chicago, Culbertson has soaked up the area's abundant traditions created by acts such as Earth, Wind & Fire, Tower of Power, Chicago, David Sanborn, and others. With 30 Billboard No. 1 singles and 18 albums to his credit, Culbertson is a steady presence on the contemporary jazz charts.

Vina Robles Amphitheatre is gearing up for its summer and fall season, and this Sunday, June 3 (8 p.m.; all ages; $60 to $99 at vinaroblesamphitheatre.com), frontman Ian Anderson presents Jethro Tull on their 50th anniversary tour.

Inexplicably named after an 18th-century British agronomist who invented a seed sowing machine drill, Jethro Tull became one of the best selling prog rock groups of all time. Perhaps their most successful album, Aqualung (1971), was an anti-church/pro-God concept album that yielded hits such as "Cross-Eyed Mary," "Hymn 43," and "Locomotive Breath."

All told, the band has sold 60 million albums worldwide and proved that a flautist like Anderson could front a rock band and become a legend.

"I am not usually a birthday or anniversary kind of guy but, just for once, I won't be a party-pooper either!" Anderson said in press materials about the band's 50th anniversary tour. "I treasure the memories of the earlier years of Jethro Tull repertoire, associated as it is with the adventures of visiting so many countries for the first time to connect with new fans around the world. And this is a celebration of all the 33 band members who graced our ranks—musicians who brought their talents, skills, and styles to bear on the performances live and in the studio. Join me and the current band for a nostalgic evening of varied music, representative of my ever-changing songwriting as our careers progressed through the years."

Also this week at Vina Robles, see Yanni as he and his orchestra recreate his Live at the Acropolis show on Tuesday, June 5 (8 p.m.; all ages; $55 to $85 at vinaroblesamphitheatre.com). 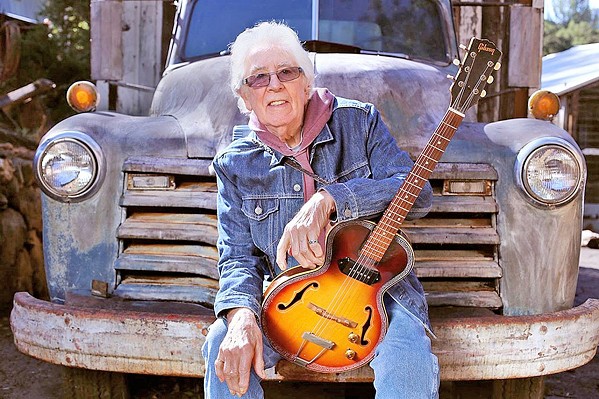 John Mayall, often called "The Godfather of British Blues," has enjoyed an incredibly long career. The 84-year-old started back in 1956, forming the Powerhouse Four. Later he was recruited as part of the Blues Syndicate, and in 1963 he formed the legendary Bluesbreakers. The following year, he and his band were asked to back John Lee Hooker on his 1964 British tour.

Over the decades, Mayall has been a constant presence in the blues world, working with Eric Clapton and Mick Taylor, among other guitar greats. He's released dozens of albums and toured everywhere and back again, and this Tuesday, June 5, John Mayall plays The Siren (7 p.m.; 21-and-older; $30 presale at ticketfly.com and Boo Boo's or $35 at the door), brought to you by Numbskull and Good Medicine Presents. To see this amazing blues singer, pianist, harmonica player, guitarist, and songwriter in such a small club should be a real treat.

Numbskull and Good Medicine also brings you Texas music hero The Casey Donahew Band on Friday, June 1 (6 p.m.; 21-and-older; $25 presale at ticketfly.com or Boo Boo's, or $28 at the door), at Tooth & Nail Winery. Once a regional success, Donahew now plays all over the U.S., thanks to hit songs such as "Double Wide Dream," "Let's Not Say Goodbye Again," and "One Star Flag." Yeehaw! 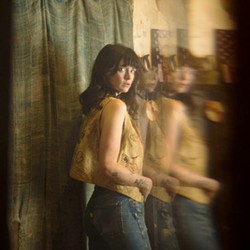 Vocalist Mary Anne Anderson and The Rotations Jazz Trio (Doug MacDonald, guitar; Dylan Johnson, bass; and Darrell Voss, drums) is planning something different and fun for this Saturday, June 2, when they perform their Wheel of Music show, which features a Wheel of Fortune style spinning wheel, which will queue what type of music they'll play next. The 18 categories include Brazil, jazzy, drummer's choice, waltz, and more. Join the fun at Cambria's J. Buckley Theatre (formerly the Pewter Plough Playhouse; doors open at 5 p.m.; all ages; $20, with a $13.95 hors d'oeuvres buffet available; call (805) 924-1219 for reservations). Δ