Rock the Vine on Dec. 9 isn't your textbook wine event

SLO Brew The Rock is located at 855 Aerovista Place, off of Broad Street by the SLO airport. Rock the Vine is a 21-and-older event. For tickets and information, go to slobrew.com/events or contact Alex Broedlow at rockthevine@gmail.com.

Behind every great farmer, there should be a good publicist. You may not give much thought to the work that marketers and public relations people do far from fertile fields, but for Cal Poly senior Alex Broedlow, "agricultural communications" is more than a major. It's a way of life. 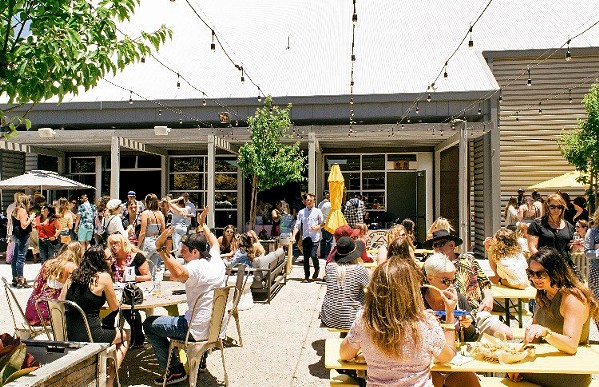 The Central Valley native grew up surrounded by agriculture, the dirt and the musk and the hustle, which begins before sunrise with that first cup of black coffee. From the vineyards of Gallo Wine to the dairy farms and the seemingly endless rows of lettuce, the local economy lived and died by the code of planting, harvesting, processing.

Although her family didn't directly work in ag production, Broedlow was one of those enthusiastic 4-H and FFA kids who couldn't wait to show her animal each year. 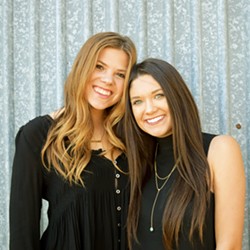 "It was orchards as far as I could see, and a lot of dairy farms," Broedlow said of her upbringing. "When I come home to the valley and start to smell cow, it is very nostalgic; it smells like home."

"We believe it's our job to bridge the gap between consumers and farmers. It's our responsibility to tell the farmer's story, whether they come from a larger commercial farm or a niche boutique operation," Broedlow said. "Emily and I were sitting in our senior project class and had no idea what we wanted to do. We knew we wanted to push the limits, and we thought about all the huge wine grape producers in SLO County; we have more than 800 wineries here."

It is the kind of senior project that can only happen in a wine region and could probably only succeed in a very close-knit wine grape growing community.

With help from SLO Brew The Rock, the college students were able to gather an impressive array of local producers for a one-stop shopping experience that lifted the veil from producer to consumer. The "farmers' market" style vibe is casual, and no wine question is off limits.

"Mike and Johnny met up with us at SLO Brew and said, 'If you guys promise to work your butts off and do this right, we will support you and help make this happen.' SLO Brew took us under their wing and didn't have to do that. They didn't have to give us a facility or music contacts or provide us with other mentors. They were all huge key players in the event's success," Broedlow said.

But—as both students will admit—it is always hard to persuade someone to come to an event that has never existed before.

If you've ever tried it, you already know that attendance can be dismal, especially for a wine event attempting to grow in an already wine-saturated region.

For this reason, the students' first attempt was hugely nerve-wracking. They'd managed to sign on 25 winemakers but had no idea who would come.

"When Emily and I were sitting there at the first event and there were people coming in that we didn't know, that was amazing to see," Broedlow said. "We knew then if we worked hard we were going to pull it off. Killing ourselves for a year in advance, and doing all the marketing—it really worked."

About 300 people attended the first year—nothing to scoff at for a senior project with zero marketing budget. A popular rose-themed event followed.

The idea behind the now biannual event has remained the same: to provide a makeshift "tasting room" focused on Central Coast wines. The project has even helped to promote and provide exposure to locally owned wineries without a large-scale tasting room of their own. You know, the little guys.

Again, Broedlow has put her skills to the test to promote the event: writing press releases, improving her public speaking, performing radio interviews. Making wine is hard. Effective marketing is not really any easier.

On Dec. 9, Rock the Vine returns for a third installment at SLO Brew's The Rock, ushering in 20 local winemakers and two local cider makers, although that number could increase by press time.

After all, any marketing professional worth her salt is usually working right up to the 11th hour before a big event.

When someone believes in something as much as Broedlow, that energy is contagious.

"Because we are in SLO County and the community is so strong here and focused among Cal Poly and local and wine, people supported us. They believed in us," Broedlow said. "The fact that they believed in us, that was very humbling." Δ

Hayley Thomas Cain is learning by sipping. She can be reached at hthomas@newtimesslo.com.