Two of the most distinct voices in roots music are teaming up for a second nationwide tour that starts this week at The Siren in Morro Bay. Dave Alvin's edgy growl and Jimmie Dale Gilmore's reedy twang—not to mention their excellent guitar chops—will be on display during an intimate acoustic concert of their most popular songs and select covers. 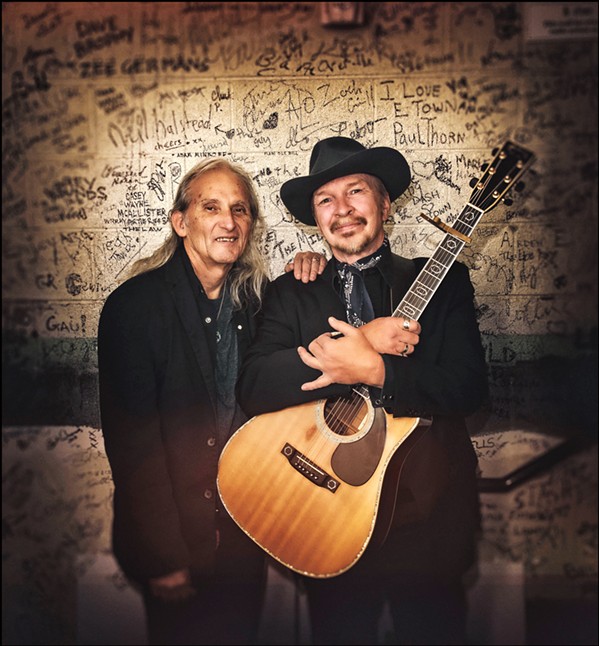 Numbskull and Good Medicine Presents host Dave Alvin and Jimmie Dale Gilmore on Wednesday, May 23 (7 p.m.; 21-and-older; $22 presale at Boo Boo's and ticketfly.com). You can also expect some great stories from these old friends know each other for 30 years but never shared a stage until last year's tour.

Don't miss it! If you're on the fence, go online and look up their video for "Downey to Lubbock," it'll push you straight to The Siren.

Don't forget that this Thursday, May 17, alt-Americana darlings The Brothers Comatose play the SLO Mission Plaza (5:30 p.m.; all ages; $20 presale at ticketfly.com or Boo Boo's, or $25 at the gate) with Próxima Parada, The Cimo Brothers, and Bear Market Riot opening. Later that night, Huntington Beach-based blues, soul, and rock act The Harlis Sweetwater Band at The Siren (9 p.m.; 21-and-older).

Also, California Classics, covering the Beach Boys' greatest hits and assorted surf rock songs, plays Saturday, May 19, at The Siren (8 p.m.; 21-and-older; $20 presale at Boo Boo's and ticketfly.com or $25 at the door). 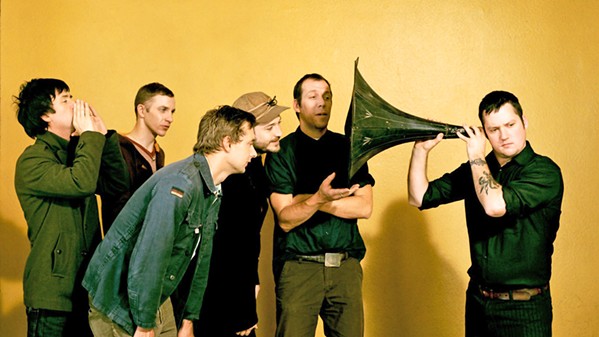 Numbskull and Good Medicine Presents' other big show this week is indie rock heroes Modest Mouse playing the Madonna Expo Center on Tuesday, May 22 (6 p.m.; all ages; $35 presale at Boo Boo's and ticketfly.com or $40 at the door).

Formed in 1993 in Issaquah, Washington, the band released their first full-length album, This Is a Long Drive for Someone with Nothing to Think About, on the Up label in 1996. Their second, The Lonesome Crowded West (1997), landed the group a contract with Epic Records, which released The Moon & Antarctica (2000). In 2004, their breakthrough album, Good News For People Who Love Bad News, sold more than 1.5 million copies, earned the band two Grammy nominations, and cemented their rep as an important alt-rock act.

That same evening over at The Siren, see Americana juke/honkytonk/vintage blues artist The Suitcase Junket and uplifting folk rocker Dan Curcio when they bring their respective one-man-band styles on Tuesday, May 22 (7 p.m.; 21-and-older; $13 presale at Boo Boo's and ticketfly.com or $15 at the door). 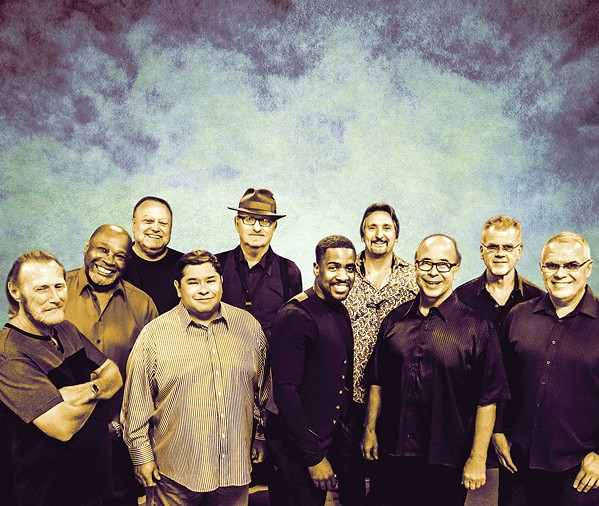 The Desert Daze Caravan music festival will be live in the Fremont on Friday, May 18, featuring Ariel Pink (think and '80s pop radio sounds) and Brooklyn rockers DIIV (9 p.m.; $25 presale at eventbrite.com or Boo Boo's).

"It's a strange little label that's going to put out cassettes and streaming music of artists based in or with connections to San Luis Obispo," Nichols said. "To kick things off, the label is releasing two tapes on May 19."

American Men, Soft People's debut, will also be released on cassette. Nichols describes the sound as "early Midlake having a baby with Broadcast and Clinic and Deerhoof and Boards of Canada"—or alternately—"America's best gay socialist band." I think it's got a cool '80s vibe with contemporary noise pop sensibilities and lots of political over- and undertones.

"The tapes are $5! They are beautiful!" Nichols gushed, also noting his band Soft People and artist Paperman will play the Saturday, May 19, mixtape release show at SLO's Underground Brewing (doors at 8 p.m.; 21-and-older; free).

You probably heard that Huey Lewis & the News had to cancel the rest of their tour—including their upcoming appearance at the Avila Beach Blues Festival—due to Huey's hearing loss. Instead of canceling the whole affair since the headliner was gone, Bruce Howard of Otter Productions Inc. instead decided to refund all the sold tickets and make it a free concert with the other scheduled acts!

That's right! On Sunday, May 27, head down to the Avila Beach Golf Resort to see Shemekia Copeland, The Fabulous Thunderbirds featuring Kim Wilson, and The Guy Budd Band for free! The gates open at noon and the show starts at 2 p.m. First-come, first-served. Upgradable VIP Beach Club Balcony tickets will be available for sale onsite, for those who cherish the VIP experience.

"It's the party that kicks off the summer! We're proud to have brought the festival to the Central Coast for the past 25 years, and we're looking forward to the next 25 years!" Howard said. "We're honored to have brought greats such as John Lee Hooker, Bo Diddley, Etta James, Gregg Allman, Bonnie Raitt, Steve Miller, the Doobie Brothers, Dr. John, the Neville Brothers, Jonny Lang, Kenny Wayne Shepherd, Little Feat, Booker T. Jones, and so many, many more. [This year's free concert] is our way of saying thanks for the support! that Huey Lewis called in sick this year, and we're hoping for a speedy recovery and a quick return to the beach at Avila sometime soon."

Traffic Records and the SLO Record Swap present The White Blinds at The Siren on Sunday, May 20 (doors at 6:30 p.m.; 21-and-older; $10 presale at ticketfly.com, Boo Boo's and Traffic Records or $15 at the door). Organ-heavy funk and soul outfit The Whites Blinds pay tribute to the '60s and '70s soul sounds. Record Swap vinyl fair will precede the concert—buy, sell, trade! (3 to 6 p.m.; 21-and-older; free).

A whole passel of punk awaits this Sunday, May 20, when legendary Seattle punk act The Briefs, local heroes Hayley and the Crushers, and Lucky Losers convene at Manny's Pizza in Paso (8 p.m.; all ages; $17 at the door).

Though scheduled for Friday, May 18, and Saturday, May 19, in the SLO Mission Plaza, the fifth annual SLO Jazz Festival has been, according to organizer Scott Andrews, "postponed until 2019" because "several important cash sponsors did not follow through with earlier pledges, leaving us in a bind at the 11th hour." ticket sales alone are not enough to fund this event. Refunds are available.