Roots rocker Nikki Hill brings her fiery sounds to The Siren on Dec. 10

'Tis the season for the students to be taking final exams and then leaving town and for locals to be busy with holiday family stuff. So your live music opportunities aren't quite as vast as usual, but one club that's got you covered is Morro Bay's The Siren. It has three especially good shows this week.

Last week I mentioned singer and trombone player Aubrey Logan (of Postmodern Jukebox) who will perform her show "A Sassy Christmas" this Thursday, Dec. 5 (doors at 6 p.m.; 21-and-older; $25 presale at eventbrite.com or $30 at the door). Expect classics like "Sleigh Ride" and "God Rest Ye Merry Gentlemen" but delivered with jazzy swagger!

Also this week at The Siren, metalheads unite for Damage Inc. (The Ultimate Metallica Tribute) this Saturday, Dec. 7 (doors at 8 p.m.; 21-and-older; $16 presale at Boo Boo's and ticketfly.com or $18 at the door). As seen on AXS TV's The World's Greatest Tribute Bands, the SoCal band has been honing their Metallica sound for more than a decade. 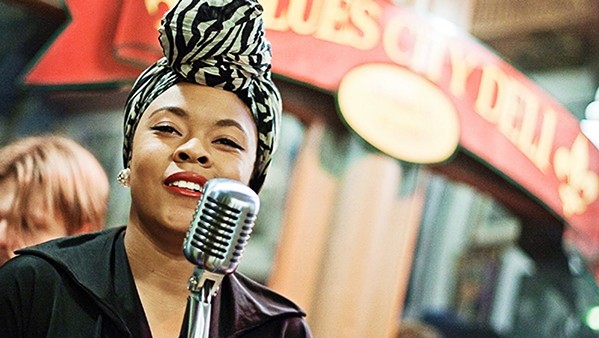 For my money, the really big show at The Siren this week is Nikki Hill on Tuesday, Dec. 10 (doors at 7 p.m.; 21-and-older; $12 presale at Boo Boo's and eventbrite.com or $15 at the door). As one music writer at the Minneapolis Star-Tribune said better than I could, "If Tina Turner and Little Richard had a daughter and raised her with the help of uncles James Brown and Chuck Berry, she'd be like Nikki Hill."

Hill, who's touring in support of her new album, Feline Roots, on Deep Fryed Records, "lets her soul rip on this new collection of songs, displaying her now well-known stance to champion for the pioneers of roots and rock 'n' roll, while remaining in perpetual forward motion, inviting anyone who wants to come along for the journey," her press materials read.

On "Get Down, Crawl," the fiery performer growls, "Well, you might be sorry/ But it doesn't change the facts/ Still makin' you prove it/ But you'll never get me back/ You better bend your legs and kneel/ Better bow down and show me the way you feel/ Get down and crawl."

This is down and dirty roots rock by a strong woman raised by three other strong women—her single mom and two older sisters, who taught Hill how to be resilient and independent. Her singing chops come from being raised in a church choir, but as her bio notes, her natural curiosity led her "to trade the pews for barstools, sneaking into venues when necessary, and [she] was soon immersed in North Carolina's roots scene as a young teen. She felt oddly comfortable, finding a direct connection between the energy she saw at local shows, and the intense praise dancing, gospel shouting church services she was raised in."

With songs like "Don't Be a Sucker," "Just Can't Trust You," and "Can't Love You Back (It's a Shame)," expect a night of raw rock with cowpunk and garage blues inflections from a real tigress!

You're a mean one, Mr. Grouch

The tour's always been a way for Corey Scoffern (aka The Grouch) to fill the end-of-the-year concert slump and also take to the road with some of his favorite independent hip-hop artists; this year, it's Murs. The Grouch is well known in the underground West Coast hip-hop scene as part of Living Legends.

The Fremont Theater hosts the return of The Grouch this Thursday, Dec. 5 (doors at 8 p.m.; all ages; $27.31 at Boo Boo's or fremontslo.com). Get your holiday hip-hop on! 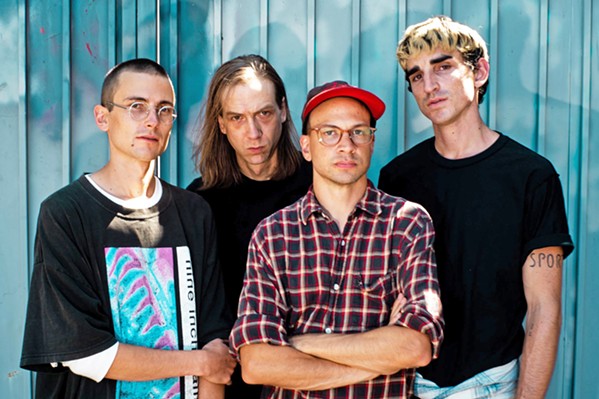 Indie rock act DIIV (pronounced dive) has seemingly come into their own on their third album, Deceiver, just released in October. The Brooklyn-based band originally formed in 2011 as an outlet for frontman Zachary Cole Smith's solo songs, which were released in 2012's Oshin (pronounced ocean ... he and all his band members are water signs, dig?).

In 2016, the band followed up with Is the Is Are, after what they called a lengthy and troubled gestation period. Deceiver apparently came a little easier, and the album has generated a lengthy tour that plays up and down the West Coast before embarking for 12 European countries. Sounds like an amazing vacation!

Numbskull and Good Medicine Presents DIIV on Friday, Dec. 6, at the SLO Guild (7 p.m.; all ages; $15 presale at Boo Boo's and eventbrite.com or $17 at the door), with Froth and Storefront Church opening.

Hmm. Two Brooklyn bands playing in SLO on the same day? I hope they carpooled! While DIIV is at the SLO Guild, dance-oriented percussion and saxophone trio Moon Hooch will be playing the SLO Brew Rock Event Center on Friday, Dec. 6 (7 p.m.; 18-and-older; $16 at slobrew.com).

Moon Hooch features drummer James Muschler and sax players Mike Wilbur and Wenzl McGowen, who met while attending The New School for Jazz and Contemporary Music and got their start busking in NYC subway stations. Yes, the cool level is off-the-charts high! Check out their videos online. Amazing! 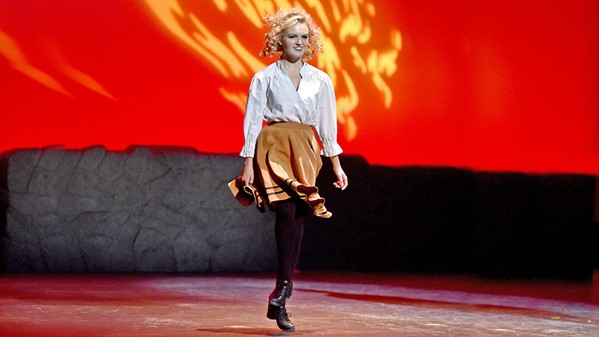 Arroyo Grande's The Clark Center has three cool concerts this week starting on Sunday, Dec. 8, with the Elegant Holiday Cabaret (4 p.m.; all ages; $100 all-inclusive and black tie optional). Last I checked, only a few tickets remained for this event featuring Brett Mitchell (vocals and pianist), Grant Everett (vocalist and artistic director of Cabaret 805), and a bevy of special guests.

"Stroll to a winter wonderland on the main stage for delicious tapas, decadent desserts, champagne, wine, and beer, while enjoying the holiday sounds of Cabaret 805's professionals singers and musicians," organizers promise. "Expect to hear classic songs of the holiday season: Eartha Kitt's 'Santa Baby.' Nat King Cole's 'Chestnuts Roasting on an Open Fire,' and 'All I Want For Christmas is You.'"

"Songs spinning out of the mists and into the familiar 'Silent Night,' 'Twelve Days of Christmas,' and 'Carol of the Bells,' and superb music from members of the Kerry Traditional Orchestra is just the beginning of this great Irish night!" organizers said.

Finally, Gary Vecchiarelli Productions presents a Big Band Christmas on Thursday, Dec. 12 (5 p.m.; all ages; $39 to $49). A 17-Piece Big Band will deliver a "Cavalcade of Hits from the 1940s, 1950s, 1960s with the Music of Frank Sinatra, Bing Crosby, Andy Williams, Rosemary Clooney, Nat King Cole, and the Andrew Sisters," according to organizers. Guest vocalists Don Lucas and Laura Ellis will be up from LA, and special guests The Wonderelles will also appear!

Don't forget about the SLO County Jazz Federation show with the Natalie Cressman—Ian Faquini Duo in the Unity Concert Hall this Thursday, Dec. 5, in a special concert of straight ahead and Brazilian jazz (7:30 p.m.; all ages; $25 general and $10 for students at my805tix.com or Boo Boo Records).

Get in the holiday mood when the In Time Trio! plays SLO's First Presbyterian Church brown bag concert on Friday, Dec. 6 (noon, all ages; free), in Wilson Hall. Bring your lunch and sit back and marvel at the amazing vocal harmonies and cheer-inducing Christmas music!

Dig some Cali jangle pop at the Frog and Peach on Sunday, Dec. 8, when Ventura's Medicine Hat plays (10 p.m.; 21-and-older). Expect some original music as well as favorite covers from this acoustic duo. 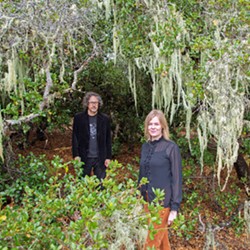