The NRC has high standards 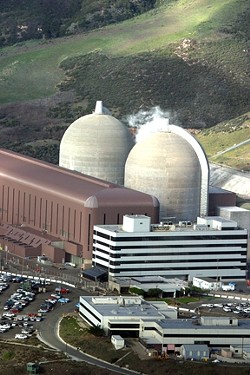 As a public affairs officer with the U.S. Nuclear Regulatory Commission, I read with great interest a commentary in the San Luis Obispo Tribune by Jane Swanson of the organization Mothers for Peace (“NRC has long path to earn trust,” May 19), which challenges assurances from the commission about nuclear power-plant safety following events at the Fukushima Daiichi Nuclear Site in Japan on March 11. Mothers for Peace has had a longstanding interest in the Diablo Canyon nuclear power plant. Despite the fact that we frequently agree to disagree, the U.S. Nuclear Regulatory Commission appreciates their participation in the regulatory process as we share the common goal of ensuring the safety of Diablo Canyon, protecting public health and safety and the environment. This said, however, there are several misstatements in her commentary that deserve correction.

Following the Japanese accident, the NRC decided to assess the capabilities of the nation’s 104 nuclear power plants to respond to such severe events as fires and flooding in combination with earthquakes following major losses of plant equipment and off-site power. The comprehensive inspections the NRC undertook were a prudent response to the most significant nuclear accident since Chernobyl in 1986. It is the action of an independent regulator that continually asks probing questions of itself as well as its licensees and continually searches for ways to improve nuclear power plant safety.

The commission did identify some areas for improvement at Diablo Canyon, and Pacific Gas and Electric has indicated it will take appropriate actions to correct deficiencies. But largely overlooked amid the flurry of news reports was the fact that overall, none of the findings are significant enough to undermine the commission’s confidence in the ability of Diablo Canyon and other plants to respond to catastrophic accidents. The NRC found a high level of preparedness and strong capability in terms of equipment and procedures to respond to severe events. Licensees have taken corrective actions and further NRC inspections are planned.

Despite Swanson’s claim, there was nothing “irrational” about the NRC’s refusal to prepare an environmental analysis on the consequences of a hypothetical terrorist attack on Diablo Canyon. In response to a 2006 lawsuit filed by Mothers for Peace, the NRC argued before the Ninth Circuit of the U.S. Court of Appeals that this was not required by law. When the court rejected that argument, the NRC prepared the assessment. Mothers for Peace called it inadequate and sued the NRC again. The Ninth Circuit Court ruled in favor of the NRC.

The NRC is an independent regulatory agency respected around the world for its high standards and low threshold for concern. Our inspection process is designed to identify problems long before they become safety significant. Swanson noted the NRC has identified many inspection findings at Diablo Canyon. This is true. But it is important to note that all of these findings had very low safety significance. Overall, Diablo Canyon operated safely during 2010 and is doing so now.

Despite Swanson’s claims, PG&E has made progress in addressing the human performance issues identified by the NRC during its rigorous inspections. However, more progress must be made in addressing issues involving problem identification and resolution. The NRC intends to conduct focused inspections in this area to ensure that occurs.

In a May 26 commentary in New Times (“Quake could cut Diablo access, escape”), David Weisman of the Alliance for Nuclear Responsibility criticized the NRC for rushing to judgment in seeking insights from the Fukushima accident, stating, “any attempts to analyze or achieve closure from lessons learned from Fukushima at this early stage would be disingenuous.” The NRC agrees. Which is why in announcing the formation of a task force March 23, the commission clearly stated this would be both a short- and a long-term effort. The short-term effort will determine whether any additional NRC responses, such as orders requiring immediate action by U.S. nuclear plants, are called for.  The longer-term review will determine whether a need exists for permanent NRC regulatory changes.

Weisman stated: “In the weeks following the Fukushima hit, PG&E’s media blitz assured Californians Diablo Canyon would be safe from a similar tsunami because of the utility’s height above sea level.” But, he said, because we have since learned that the earthquake caused extensive damage before the tsunami struck, PG&E has egg on its face and will have to answer to a broad range of stakeholders “after years of stonewalling” about seismic risk at the site. PG&E never said the plant is safe from earthquake damage because it sits on a cliff 85 feet above sea level. They said it’s safe from tsunamis because of its location.

Weisman also stated that a recent inspection at Diablo Canyon noted “reliance on state highways and access roads that may be inaccessible after an earthquake” could hamper efforts by PG&E to deal with the aftermath of a severe accident by impeding the transport of emergency equipment into the site. In response to an inquiry by Weisman, the NRC indicated PG&E is evaluating corrective actions they could take that include arranging additional Memos of Understanding for transport by other methods (air/water) for emergency equipment they may need following a severe accident or staging of additional equipment on site. However, this information was not included in Weisman’s commentary [Opinion editor’s note: The NRC reply wasn’t received in time for inclusion].

Weisman also criticized the NRC for providing “hasty responses” to public concerns about Diablo Canyon, blasting the agency for “contradictions and inconsistencies” in its public statements. He seemed to want to have things both ways: Hurry up and slow down. Take your time but respond quickly, he seemed to be saying. He criticized the agency for its swift response to Fukushima, chiding it for rushing to judgment, and then turned around and demanded immediate answers to his questions.

People who have questions and concerns should attend a June 15 public meeting at 6 p.m. at the Embassy Suites Hotel in San Luis Obispo, where the NRC staff will provide a briefing about the Diablo Canyon plant’s 2010 safety performance.

Victor Dricks is a senior public affairs officer in the NRC Region IV office. Send comments via the opinion editor at econnolly@newtimesslo.com.