The San Simeon post office that was inside the Hearst Corporation-owned Sebastian building stopped providing services on Aug. 1 due to safety concerns.

Dean Cameron, a leasing real estate specialist for the U.S. Postal Service, said the Postal Service was already proposing to relocate the retail office last year, due to expected building renovations and the imminent end of their lease on Jan. 31, 2020.

"As part of [The Hearst Corporation] preparation to remodel, they had a structural engineer go in the building for inspection, and the engineer recommended that in the event of a severe wind storm or an earthquake, the building could face significant damage," Cameron said. 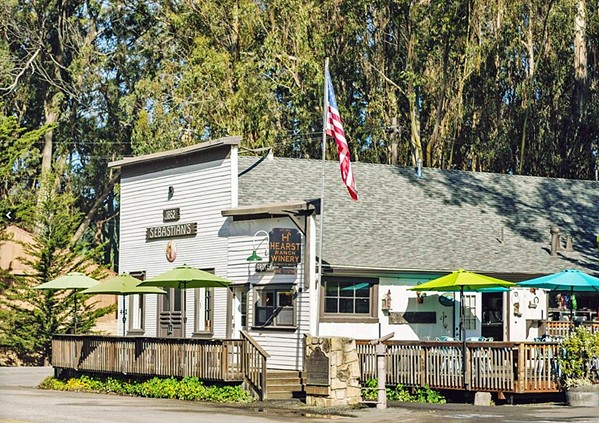 According to the safety experts, if the Postal Service didn't vacate the building, it would not only put the employees at risk but its customers as well.

"And Hearst was in concurrence with that, which is why they're having the other two businesses vacate Aug. 12," he said. "So what really happened is our process just got speeded up by about five or six months."

There are 91 P.O. box holders at the San Simeon post office who have been notified that they will be receiving their mail at the Cambria post office.

Cameron said the Postal Service is working with the Hearst Corporation to quickly create a temporary location for the P.O. box holders so they don't have to make the 9-mile trek to Cambria.

He held an already scheduled meeting for the San Simeon community on Aug. 5 to discuss two spots for the proposed relocation. Cameron said the Postal Service could work with the Hearst Corporation to find another area for the post office on its property or look 2 miles south in the hotel district.

Jim Saunders, co-owner of the Hearst Ranch Winery, said the Hearst Corporation looks at the buildings it owns from time to time, and the Sebastian building was one of them.

"It was just decided that the building, having been built in 1852 and then moved to its current location in 1878, probably needed a little repair work," Saunders said.

He believes the corporation is doing its due diligence in inspecting its buildings, repairing them, and working with the businesses within the Sebastian to find temporary locations. In terms of a timeline for repair of the Sebastian building, Saunders said it could take about a year and a half to two years as it goes through the permitting process and historical review.

The Hearst Ranch Winery tasting room and Sebastian Café, which were also inside the Sebastian, will open across the street in a wooden warehouse.

The warehouse was an event venue that Saunders said wasn't really open to the public before, but it's a beautiful location that they'll now be able to enjoy. Sebastian Café will be run from a food truck that's operated by La Cosecha in Paso Robles. ∆