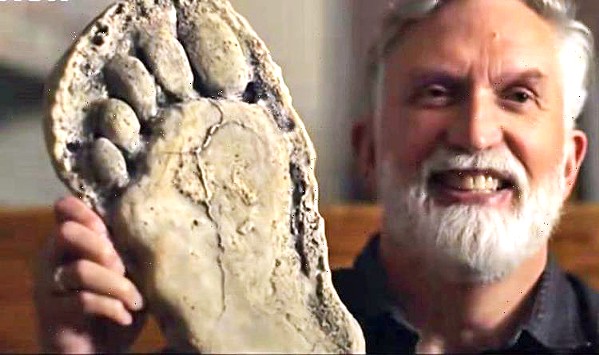 Under the guise of searching for firsthand accounts of Sasquatch sightings in the wilds of Northern California, filmmaker Joshua Rofe follows journalist David Holthouse as he explores the lore of a Sasquatch that killed three farmworkers, which he recalls from his days working on a pot farm. He interviews fellow farmworkers and town residents, most of whom are reluctant if not unwilling to share any details of the world of cannabis farms in the Emerald Triangle, nor the people who ran the business back then.

What starts as a search for a mythical monster soon transforms into a narrative on the dangerous and deadly world of growing weed in this isolated area controlled by street gangs, neo-Nazis, and others wholly uninterested in mixing with society. The DEA raids and destruction of their livelihoods left the town untrusting and quick to take extreme means to protect their land and its yield. The murder of the three men propels the storyline, and what we learn is that all of Mendocino County is not the hippie-loving NorCal that many envision. Instead it's a forest of redwoods that houses deep-seated racism and shoot-first-ask-questions-later mentalities.

I bet a lot of people go into this series thinking they're going to follow some kookie Bigfoot believers around to look at footprints, which is where this journey starts but certainly not where it ends. I found it a fascinating look at a world just outside of eyesight, a dark and dismal dive into what really happens up in those hills. (three episodes totaling 138 min.) Δ