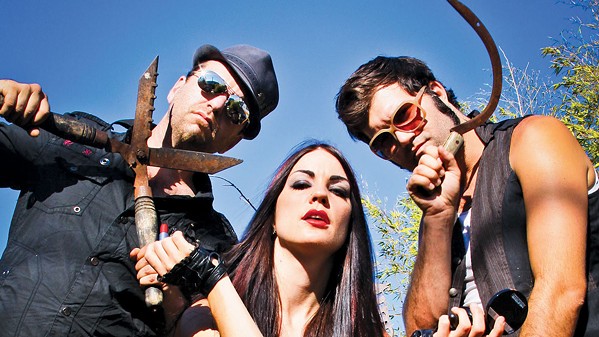 You're in for a hot time in Templeton this weekend during the Whale Rock Music and Arts Festival on Saturday and Sunday, Sept. 14 and 15, at Castoro Cellars Vineyards and Winery, and I'm not just talking about its awesome lineup of music. It's supposed to be 98 degrees on Saturday and a relatively cool 88 on Sunday!

Bring a hat, sunscreen, and spray mister for the daytime and something warmer for the evenings (it'll drop into the 50s) because you're not going to want to miss headliners like reggae and soul great Toots and the Maytals closing out Saturday and world fusion act Beats Antique closing Sunday.

When you're not getting down to other acts such as Aussie singer-songwriter Xavier Rudd, R&B and soul group the California Honeydrops, ripping bluegrass quintet The Lil Smokies, soul pop ensemble Lawrence, soul rocker Ben Morrison of the Brothers Comatose, the harmony Americana vocal trio T Sisters, blue-eyed soul quartet Próxima Parada, upbeat rockers Swatkins and the Positive Agenda, acid-rock-fusion-jazz-Americana collective Joe Craven and the Sometimers, local super group (featuring the dudes from Bear Market Riot) the Whale Rock Allstars, horn-driven party band Brass Mash, singer-songwriter Dante Marsh, country swing act the Carolyn Sills Combo, and Afro-Brazilian group Samba Loca, you can take yoga classes, drink some of Castoro's tasty wines, eat some great food, or have fun with the kiddies (who, if 12 or under, get in free), in the kid area that has a music petting zoo, face painting, games, tie-dye, and more!

Visit whalerockmusicfestival.com for tickets ($85 for a day ticket or $130 for both days), a schedule of events, and more info. This is a fundraiser for both the Templeton Education Foundation and the Templeton High School Band, and over the years of the festival, Castoro owners the Udsen family has donated more than $70,000! Good on ya, Udsens!

Think of Sacha Carlson as a renaissance man. He's an actor, a dancer, and a musician and singer. The SLO local appeared as Scut Farkus in the live TV movie A Christmas Story in 2017, and last year he played Andrew on the TV series American Housewife. He's repped by The Savage Agency and Monster Talent, and he's a New Times Music Award winner. 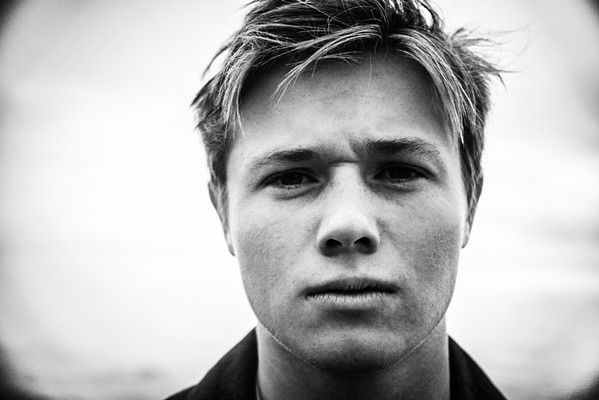 This Thursday, Sept. 12, he'll be at Boo Boo Records (6 p.m.; all ages; free) for a CD release party of his new seven-song EP Forever Young Fever, which features Carlson playing guitar and singing lead vocals, with Justin Pecot on bass, keyboard, and backing vocals, and Wyatt Lund or Paul Deppepella on drums.

Carlson's album opens with the barnburner "Dangerous Woman," a hard rocker with ripping wall-of-sound guitars. It's got a cool Alice Cooper vibe!

"Life's too short to be slowly dying/ 'It's too hard,' she's always crying/ We're gonna rock all night/ We're gonna be dying/ If I told you I was gone, well, honey I'd be lying," Carlson growls on "Rock n' Roll Til' the Break of Dawn."

My favorite song of the EP is the closer, "Lady Liberty," when Carlson slows things down and turns up his Michael Franti vibe. He also delivers a really great guitar solo.

This is fun youthful rock 'n' roll! He's got guitar chops, an edgy rock voice, and charisma to burn. Check him out!

Numbskull and Good Medicine Presents have a fully packed lineup this week starting with one of my favorite live performers, guit-steel guitar wiz Junior Brown, who plays this Thursday, Sept. 12, at The Siren (7 p.m.; all ages; $25 presale at Boo Boo's and ticketfly.com or $30 at the door). With his distinctive voice, ripping guitar work on his signature double-neck electric guitar and lap steel combo, and amazing catalog of songs, he's endlessly entertaining. "My Wife Thinks You're Dead," "Highway Patrol," "Broke Down South of Dallas," "Freeborn Man," and so many more iconic songs! If you like gritty country, don't miss him! Cassie B & The Stingers opens.

You can hear some Red Dirt country when Wade Bowen plays The Siren on Friday, Sept. 13 (7 p.m.; 21-and-older; $20 presale at Boo Boo's and ticketfly.com or $25 at the door). He was inspired by Robert Earl Keen: "He was a big changing point in my life," Bowen said in press materials. "I realized by listening to him that there was way more out there than I ever knew. So I started getting into Guy Clark and other great Texas music. But I was obsessed with Robert Earl. When we started the band, we were sort of a Robert Earl cover band." Dalton Domino opens.

Amazing L.A.-based Latin hip-hop and rock act Ozomatli plays Presqu'ile Winery on Saturday, Sept. 14 (doors at 6 p.m.; all ages; $30 presale at Boo Boo's and ticketfly.com or $35 at the door). This genre-jumping act brings the party! 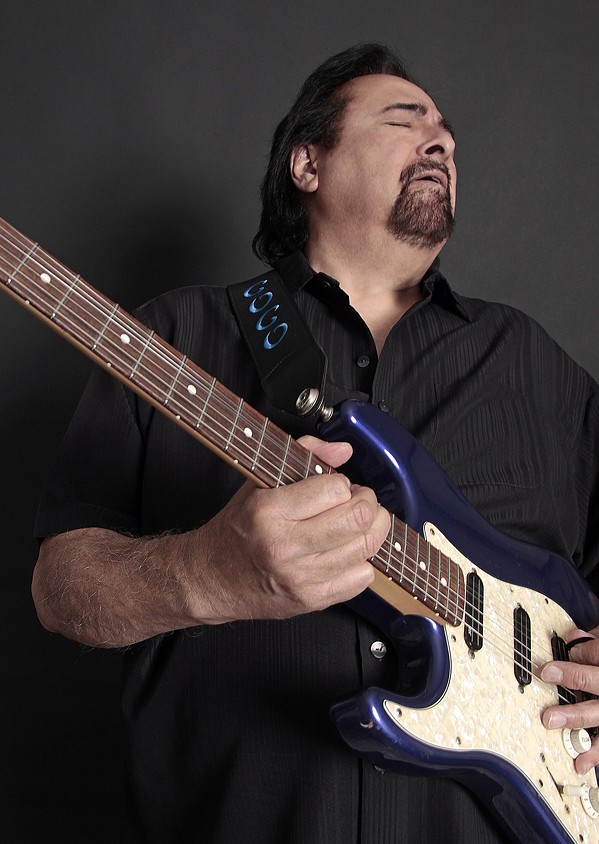 Few people can make a Stratocaster sing like Alligator Records recording artist and blues great Coco Montoya, who plays The Siren on Wednesday, Sept. 18 (7 p.m.; 21-and-older; $20 presale at Boo Boo's and eventbrite.com or $25 at the door). The man's a living legend who came up under the tutelage of Albert Collins, the "Master of the Telecaster," for whom he played drums, but Montoya developed a hard-edged guitar sound that's all his own and ended up playing lead guitar with John Mayall's Bluesbreakers. He's known for chart-topping blues tracks like "Can't Look Back," "Dirty Deal," "I Want It All Back," "Hard Truth," and "Coming in Hot," which hit No. 5 on the blues charts this month and is off his new album of the same name.

Fremont Theater kicks off its week with MC Magic and Lil Rob on Friday, Sept. 13 (doors at 6:30 p.m.; all ages; $44.90 at fremontslo.com). MC Magic slickly raps in English and Spanish in what have been described as "Latino hip-hop ballads." Latino rapper Lil Rob is known for his distinct Chicano rap style. 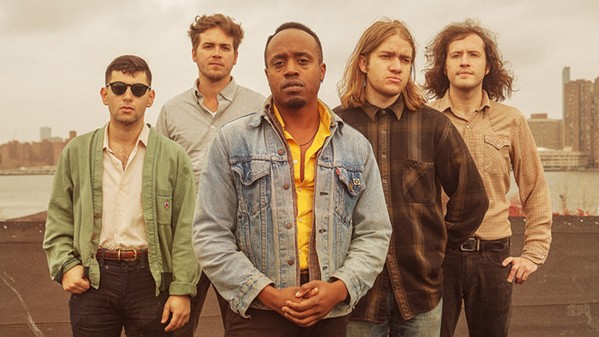 Get up and dance now! 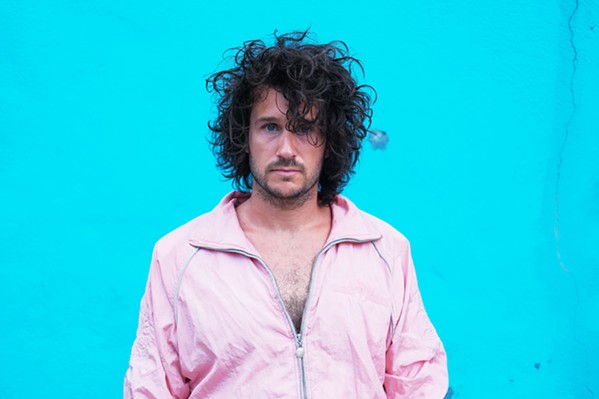 Reggae act Iya Terra plays the SLO Brew Rock Event Center on Sunday, Sept. 15 (8 p.m.; 18-and-older; $18 at slobrew.com). If you're a fan of Fortunate Youth, Tribal Seeds, The Green, Steel Pulse, Aswad, Anthony B, and Katchafire, this band is right up your alley. 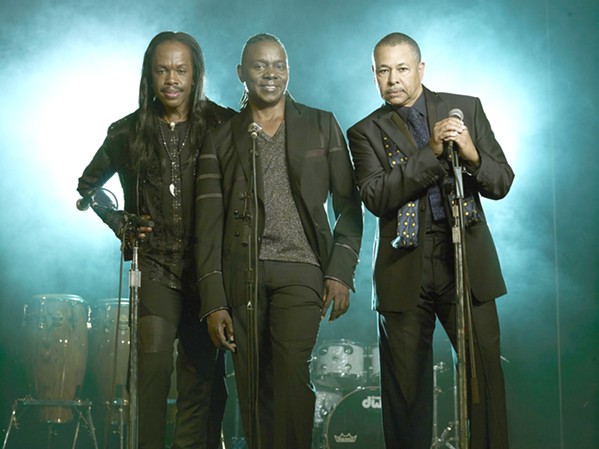 Soul or country—take your pick

Vina Robles Amphitheatre has two worthy contenders this week, starting with legendary soul, R&B, jazz, funk, disco, Afro-pop, and more act Earth, Wind & Fire, playing on Tuesday, Sept. 17 (8 p.m.; all ages; $69.25 to $114.25 at vinaroblesamphitheatre.com). EWF began in 1970 and has been going strong for five decades, delivering hits such as "September," "Boogie Wonderland," "Got to Get You Into My Life," "Sing A Song," "Let's Groove," "Shining Star," and a ton more.

Country star Josh Tuner plays Vina Robles on Wednesday, Sept. 18 (7:30 p.m.; all ages; $40 to $55 at vinaroblesamphitheatre.com). This MCA Nashville recording artist is known for his rich, deep voice and distinctive style on songs like "Long Black Train," "She'll Go On You," and "Firecracker." Alana Springsteen opens.

Expect a super '70s dance party when Truth About Seafood closes out the Concerts in the Plaza season this Friday, Sept. 13 (5:30 p.m.; all ages; free), in the SLO Mission Plaza. Bust out your bell-bottoms and platform shoes! Seventies attire is encouraged!

The Sleepy Guitar Johnson Band with special guest Joy Bonner plays Domaine Degher Wines this Friday, Sept. 13 (7 p.m.; $10 cover that will be refunded with the purchase of a bottle of wine). "The SGJ Band is what happens when Muddy meets Cash and the Rolling Stones in some dive bar," organizers said. "Joy [Bonner] is what happens when Aretha meets Dolly and Janis. Put them all together and you have a hell of a rocking show." 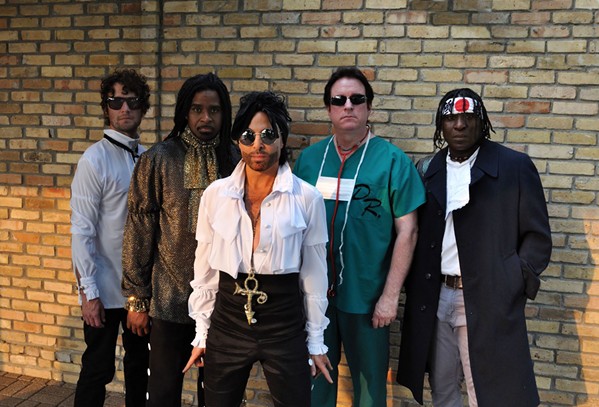 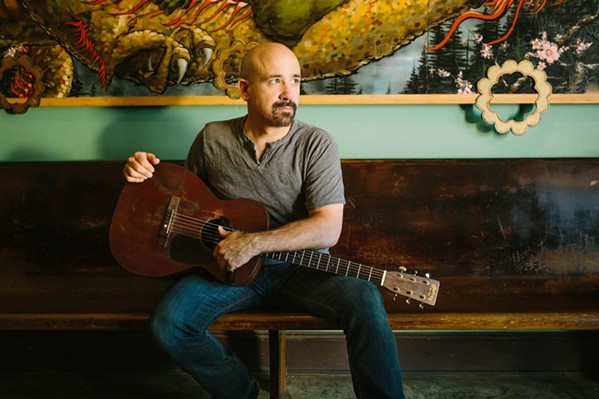 The Painted Sky Concert Series presents the Tony Furtado Trio this Monday, Sept. 16 (7:30 p.m.; all ages; $22 at Boo Boo Records, Ball & Skein, or by calling (805) 927-8330). According to Painted Sky's Steve Crimmel, "A year and a half ago my friend Stu Mason from Molly's Revenge asked if I would like to present Tony Furtado. I said yes, and it was one of the very best concerts we've ever put on. Furtado, the acclaimed and award-winning singer, songwriter, and multi-instrumentalist, is an acknowledged master of many different styles and sounds. Relix magazine put it best when writing of Tony's music, 'True talent doesn't need categories.' From bluegrass to blues, from folk to rock, from banjo to slide guitar, the music of Tony Furtado knows no boundaries. Tony will be joined by a two-time National Old-Time Fiddling Grand Champion Luke Price and Keith Brush on acoustic bass. Friends, this will a very special evening."

Americana singer-songwriter Stoll Vaughan plays Puffers of Pismo this Wednesday, Sept. 18. The Kentucky-born singer-songwriter is touring in support of The Conversation, co-produced by Mike Wanchic (John Mellencamp) and Carl Broemel (My Morning Jacket). "I'm too country for folk, and I'm too folk for country," Vaughan explained in press materials. "When it was time for me to get back to the process of writing songs for myself, I thought maybe I should reconsider everything. I'd been in music. I could write songs for other people, but I had lost a sense of what I would like to say. I was left feeling distant, and that distance made me look inward. The album's title signifies being in a continual conversation regarding people, God, and the fears we carry around, and how music interplays with everything emotionally and spiritually." Δ