SLCUSD continues planning for the financial loss of Diablo Canyon

When PG&E announced the 2024-25 shutdown of Diablo Canyon Nuclear Power Plant, it marked the beginning of a lot of planning for San Luis Coastal Unified School District (SLCUSD). 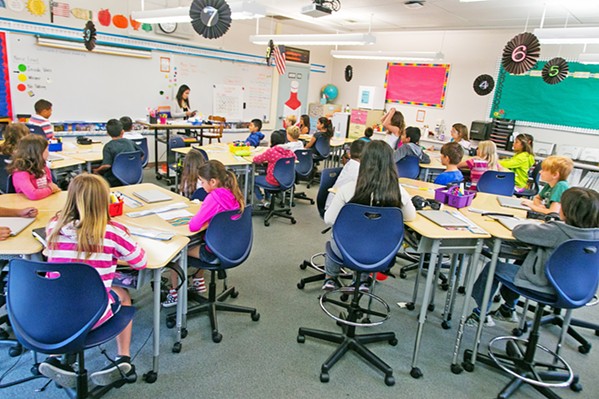 While Diablo still has a few years left, SLCUSD is adjusting its numbers sooner rather than later. SLCUSD currently receives $8 million annually in unitary property tax revenue generated by the plant. The first of cuts came to the 2017-18 budget at $2 million, more cuts started in the district office, and personnel cuts for the schools are next in line.

"The positive for us in all of this is that property taxes have been going up, and property values are up in our three areas, Los Osos, Morro Bay, and San Luis Obispo. So that's helping with some of the reductions that we're seeing with the unitary tax," said Ryan Pinkerton, assistant superintendent for SLCUSD.

When it's time for Diablo to shut down, the absence of property tax funds means losing roughly 10 percent of the yearly budget for SLCUSD. With nearly six years left to prepare, the district is looking to PG&E for some guaranteed support. When PG&E released the proposal to retire Diablo, SLCUSD asked the California Public Utilities Commission to intervene in the hopes of gaining some financial certainty for the hazy future ahead.

The district applied for a mitigation agreement with PG&E and the county that would allow SLCUSD to receive $8 million annually from unitary taxes until 2025. In the fall, SLCUSD will hear back from the utilities commission about whether the mitigation agreement gets approved. In the application, the district had two primary concerns: the continued funding in the joint proposal wouldn't be enough to offset the decline in county revenue and that the size of annual payments from PG&E to the county could vary depending on when the plant officially closes.

"The district's primary goal in intervening in this proceeding is to ensure that the joint proposal is implemented, or additional measures beyond those contemplated by the joint proposal are adopted, so that the district knows in advance precisely how much funding it will receive from PG&E, whether from property tax payments or offset payments, in each year of the period from now until 2025," the application states.

A separate agreement between PG&E, the county, and SLCUSD still stands. PG&E guaranteed a $75 million Essential Services Fund to offset negative impacts to services provided by SLCUSD and the county. The funds will be distributed to the county in nine equal annual installments through 2025, and the school district will receive the bulk of this funding.

Roughly 87 percent of the SLCUSD expenditures are personnel costs. With 10 percent of that budget being reduced, there's no easy way to slice it. The tax base provided by the plant will dwindle over time, and it could be gone sooner than 2025 if the two nuclear reactors depreciate before that time.

"Anything we can receive to transition this to make it as easy on the teachers and kids, it's a great thing," Pinkerton said. Δ

Reach intern Erica Hudson through the editor at clanham@newtimesslo.com.