Correction: This article was changed to accurately reflect Geiger's plea of "not guilty" in his criminal case.

The landlords of a home where a former Grover Beach police officer's dog escaped before attacking two people, killing one, will be able to settle with the victims and their families. 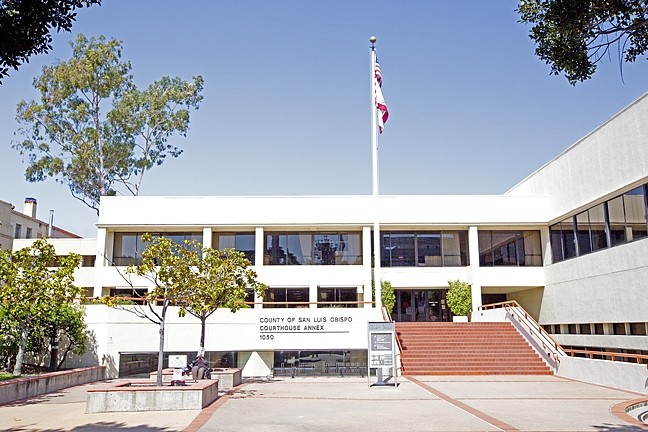 In an Aug. 16 ruling, SLO County Superior Court Judge Barry LaBarbera said a proposed $500,000 settlement between landlords Christopher and Monica Belavic and the family of David Fear, a 64-year-old Grover Beach resident who was killed in the February 2016 attack, and Betty Long, an 85-year-old woman who was mauled, could move forward. Other defendants named in the lawsuit, including the dog's owner, Alex Geiger, opposed the settlement, which could leave them responsible for millions of dollars in damages.

"It appears this settlement was reached in good faith," LaBarbera wrote in an Aug. 16 ruling.

Geiger kept Neo, a trained police K-9 he'd worked with while previously employed with the city of Exeter's Police Department, on the property he rented from the Belavics. According to investigators, Neo escaped from the home's backyard in February 2016 and attacked Long as she was walking her dog. Neo also attacked Fear when he tried to help Long. Fear later died from his injuries.

The attack not only resulted in criminal charges against Geiger, who left the Grover Beach Police Department shortly after the but also sparked a lawsuit on behalf of Long and the Fear family. Defendants in the lawsuit included Geiger, the city of Exeter, the city of Grover Beach, and the Belavics.

Once the settlement is finalized, the Belavics will no longer be defendants in the case. Those who remain could shoulder the cost of millions in damages should they take the lawsuit to trial and lose. Long claimed she incurred more than $10.2 million in damages, and Fear's family is claiming more than $30.1 million in damages in connection with his death, according to court records.

In addition to the lawsuit, Geiger is also facing felony charges of failing to maintain a dangerous animal and involuntary manslaughter in connection with the attack. A criminal trial was originally scheduled to begin on Aug. 13 but was pushed back to October, according to court records. Geiger pleaded not guilty to the charges against him. Δ