Having live music every night of the week doesn’t really work. You end up competing against yourself. At least that’s the common wisdom. I mean, sure, some places have a guitarist or something seven days a week, but a full slate of bands, night after night after night?

Next up is The Postal Service, which SLO Brew is presenting at the Alex Madonna Expo Center on Friday, April 12 (doors at 7 p.m.; all ages). Unfortunately, this show is sold out, so if you don’t have tickets, you’re too late.

On Saturday, April 13, check out The Faint (doors at 7 p.m.; all ages; $20 presale or $22 at the door), with White Arrows opening. The Faint is an electronica band that started off as a low-fi pop act releasing cassettes for hardcore fans, but they soon grew and grew, and their Danse Macabre album in 2001 helped the band expand well beyond their Omaha home base. In 2004 they released Wet from Birth and in 2008 Fasciinatiion. This is a band on the rise! 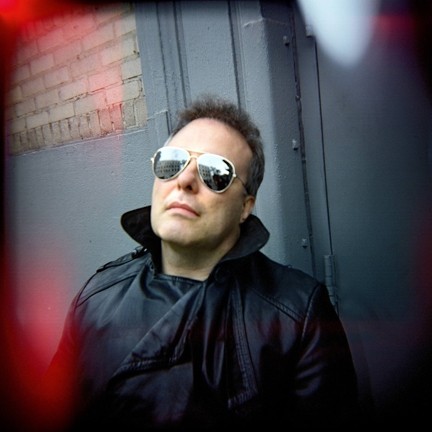 Country up-and-comer Callie Bobsin hits the club on Sunday, April 14 (doors at 7 p.m.; all ages; $8 presale or $11 at the door), with Joe Koenig opening. Paso Robles-ranch-raised, the performer got her start singing the National Anthem at school sporting events, country fairs, rodeos, and talent shows. She eventually picked up the guitar and started writing her own songs, and now her Nashville-recorded debut EP On My Way is about to be released. “Being a songwriter has brought a whole new perspective to my singing,” she said in press materials. “It means so much more, and I enjoy it so much more, knowing that they’re my songs, and that other people can relate to them like I do.”

Come Monday, April 15, toss away your tax worries and dig the feel-good sounds of Aaron Carter and his “After Party Tour” (doors at 8:30 p.m.; all ages; $15 presale or $17 at the door). Carter started his career at age 7 singing with Dead End. Two years later, he opened for the Backstreet Boys in Berlin at age 9. That scored him a record contract and his first hit, “Crush on You.” It helped, of course, that his brother is Nick Carter of the Backstreet Boys. Check out this Teen Choice multi-award winner and opening act Chrystian.

Shift gears from pop to punk on Tuesday, April 16, when the iconic Jello Biafra & The Guantanamo School of Medicine take the stage (doors at 8 p.m.; all ages; $15). The first time I tried to see Jello Biafra, he was still with the Dead Kennedys, who were supposed to play the SLO Vets Hall, but after a bloody mosh pit developed during the opening bands, the police came in, shut down the concert, and started a mini-riot. Good times. Rock on, Jello.

SLO Brew returns to the Alex Madonna Expo Center on Wednesday, April 17, with Modest Mouse (doors at 7 p.m.; all ages), but again, this one’s sold out. You snooze, you lose, people!

Sonia Rao, Julia Price, and Max Lugavere share top billing on Thursday, April 11, at the SLO Down Pub (6:30 p.m.; all ages; pass the hat). This is an intimate little venue for live music, with good pub food, cold beer, and fine wine, and these three L.A.-based performers are sure to entertain. Sonia Rao appeared on NBC’s The Voice. New York native Julia Price recently moved to L.A. to star on Bravo’s reality series Miss Advised. Max Lugavere is a regular contributor to The Huffington Post and Psychology Today, and recently completed a pilot for HBO called Talk Nerdy To Me with executive producer Bill Maher. Special guests include Kat Devlin, Ryan Dishen, Randall Lamb, and the duo Girls & Boys.

The Hay Dudes return to Shine Café in Morro Bay on Thursday, April 11, from 7 to 9 p.m. for one of the $25 dinner and concert shows. Seating is limited to 35, and it may very well be sold out by the time you call, but give it a try at 771-8344. If you love bluegrass and beyond, you’ll dig the sounds of Wally Barnick, Mike Mullins, and Kenny Blackwell.

Mozart’s The Magic Flute will be presented by the Cal Poly Student Opera Theatre and Opera San Luis Obispo from Thursday, April 11 through Saturday, April 13, in the Spanos Theatre, nightly at 7:30 p.m. “Outstanding student singers in several key roles will perform side by side with internationally acclaimed opera singers,” according to Cal Poly Arts. “Student instrumental musicians will perform with OperaSLO’s professional orchestra.” General admission is $18; seniors pay $16, and students pay $9 (756-4849). “As producer, I’ve been doing everything from coaching the music to the singers to renting a 20-foot U-Haul to bring up props from PCPA,” said Jackie Kreitzer of Cal Poly’s music faculty. “It’s fun. The co-opera provides an outstanding use of community resources to give needed opportunities to emerging talented students from Cal Poly.”

Valerie Johnson & the New Sound Boogie Band play a fundraising event to benefit the ALS Foundation at SLO Down Pub on Saturday, April 13, from 1 to 5 p.m. If you’ve never heard Johnson, you’ll be blown away! She’s an amazing vocal talent whom Big Brother & The Holding Company tapped to tour with them to stand in as Janis Joplin. The wildly popular Jody Mulgrew and the Skeleton Crew will also be performing. Come help raise some money to kick ALS’s ass!

Royal Garden Swing Orchestra plays D’Anbino Tasting Room on Saturday, April 13, from 2 to 4 p.m., delivering their nine-piece big band sounds that sound bigger than nine pieces! They have more than 200 special arrangements—everything from swing era to modern classics. Admission is free, and it costs just $5 for wine tasting.

Girls & Boys appear at Alegria Wine & Ware on Saturday, April 13 (4 p.m.; 21-and-older; pass the hat). Featuring Josh Barrett and Brianna Lee, Girls & Boys released their first album in 2011 and played all over the Bay Area before settling into the Central Coast. You can hear their music on The Krush 92.5, and four of their songs will be in an upcoming Elliott Gould film. Derek Senn, Cynthia Hathaway, Brent Dannells, and Karoline Hausted & Mark Davis will also perform.

Hands across Europe, people! Seven years ago, four remarkable musicians from Scotland and Germany met at a music festival in Southern England and decided to join forces as Litha, an Anglo-Saxon word representing the season of light, festivals, and music. “With two fantastic lead singers, four-part harmonies, fiery fiddles, accordion, and flute and a rhythm section that has been referred to as ‘the dream team,’ there’s nothing the quartet can’t do,” according to their bio. “The huge variety of possible instrumental and vocal combinations gives Litha an exhilarating, ever-changing sound that takes the listener on a journey through Scotland, Germany, and beyond.” Celtic group Litha comes to the Red Barn in Los Osos on Saturday, April 13, at 5 p.m. ($10; doors open at 4:30 for a 5 p.m. potluck followed by a 6 p.m. concert). The band will also perform live on KCBX Public Radio during Song Town with Sonnie Brown, that afternoon at 2:30 p.m.

“There is hope for the next generation of folk music,” claims Música Del Río House Concerts organizer Fred Munroe. “The Novelists are part of that next generation of musicians and they call their genre ‘guerilla folk.’ What Dave Grisman and groups like New Grass Revival did to traditional bluegrass, The Novelists are doing to folk music. We like it and we know you will too.” The Novelists play the next Música Del Río House Concerts on Saturday April 13, at 7:30 p.m. (Call 466-6941 or visit musicadelrio.org; $20 at the door; reservations required). “Every month as we look across our living room, we rejoice in the music we share with old and new friends,” Munroe added. “We are often in familiar territory, but this month the line between familiar territory and new musical frontiers is just faint enough to not be sure where one ends and the other begins.”

Call and get your reservations (227-6800) now if you want to see Human Nation play D’Anbino Tasting Room on Saturday, April 13, at 8 p.m. This ensemble of monster performers plays everything from “acoustic gypsy swing to folk-tinged rhythms and multi-ethnic seasonings to funk grooves and soulful blues.” Admission is $10 ($5 for Record Club members).

The Booker Tease plays Sweet Springs Saloon on Saturday, April 13, around 9 p.m. and, according to band member Miles Brown, “We’re rolling out a heavy spy set that will include James Bond and the Man From Uncle theme songs.” That calls for a sharkskin suit and some ink-black shades!

Need some “Sympathy for the Devil?” May I suggest you head to the Frog and Peach on Saturday, April 13, for VuDoo Lounge starting at 10 p.m.? “We play Rolling Stones and old blues and rock’n’roll,” said guitarist Vince James. The Paso Robles-based band also features Dave Vardo on vocals, Romi West on bass, and Demi Solario on drums. Don’t worry, you’ll get some “Satisfaction” or at least some “Jumpin’ Jack Flash.”

Juni Fisher, one of the nation’s top Western and folk performers, is the featured player at Sculpterra Winery on Sunday, April 14 (1 p.m.; all ages; pass the hat). Born in the San Joaquin Valley, Fisher trained horses in her youth before turning full time to music. I’ve seen her live, and she’s quite the show woman! Guest performers include Owen Plant of the Sunshine Brothers band, and San Diego’s Jen Hajj.

Cal Poly Arts will present the Romulo Larrea Tango Ensemble performing “From Gardel to Piazzolla” at 7 p.m. in the Spanos Theatre on Sunday, April 14. “This show features the talent of two prominent figures in the history of tango: Gardel and Piazzolla, whose artistic contributions to the foundation and modernization of the century-old international tradition are exceptional,” according to show organizers. Student and adult tickets are $38 and $47 (756-4849 or order online at calpolyarts.org).

Bon Temps Creole Café is getting in on the singer-songwriter train with a showcase on Monday, April 15, with headliner and Santa Barbara balladeer Kate Graves (6:30 p.m.; all ages; pass the hat). Graves calls her music little raw songs, and names Dinah Washington and Mary Gauthier as influences. “I wrote my first song at 15,” she said in press materials. “It was a brilliant little ditty brimming with teenaged angst. I guess I’m still doing the same thing.” Ted Waterhouse, Chris Broemmelsiek, Rob Kimball, and Chris Gaul will also perform short sets.

If there are ukuleles involved, you can rest assured that my stepson Jaden will be there, and this Tuesday, April 16, there will be ukuleles galore when The Ukulele Orchestra of Great Britain—a group of eight all-singing, all-strumming ukulele players—plays at 7:30 p.m. in the Performing Arts Center’s Cohan Center. Expect “a funny, virtuosic, twanging, awesome, foot-stomping obituary of rock’n’roll and melodious light entertainment, featuring only the ‘bonsai guitar’ and a menagerie of voices in a collision of post-punk performance and toe-tapping oldies,” according to Cal Poly Arts. Student and adult tickets for the performance range from $21 to $56 (756-4849 or order online at calpolyarts.org).

The high lonesome sounds of the Appellation Bluegrass Band return to SLO Down Pub on Wednesday, April 17, “to treat all comers to nonstop, fast-paced, harmonious American acoustic musical excitement from 7 to 9:30 p.m.,” according to the band. “You’ll find yourself in some dark holler, hearing about the evils of home-brewed hooch, feeling the effects of a love potion, and taking it out on the dog.” Holy crap! Be sure to tip ’em if you dig ’em!

They’ve been so close, yet so far away. Now Oakland’s native sons Caldecott are making their first and long overdue trip to SLO Town to play Frog and Peach on Wednesday, April 17, at 10 p.m. This buzz-worthy foursome, fresh off a successful appearance at SXSW, decided it was time to take their sounds south. They mix surf licks, roots rock, and hook-laden melodies; this may be the band you didn’t know you were missing.