A North County water district representing irrigated agriculture near Shandon is asking the state for allocations of Lake Nacimiento and Santa Margarita Lake water, which it proposes to pipe into the nearby Paso Robles Groundwater Basin.

While pitched as a potential solution to the Paso basin's overdraft, the proposal is already getting blowback from two county supervisors. 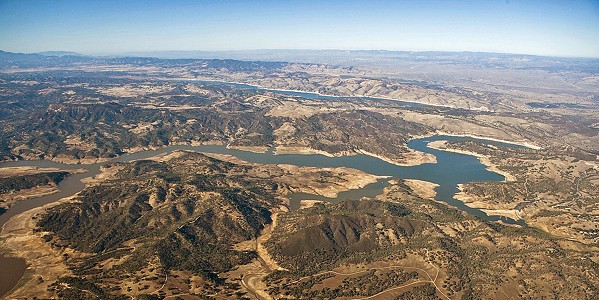 "My job is not to work for special interests," 5th District Supervisor Debbie Arnold said.

Their applications seek up to 14,000 acre-feet per year (AFY) of water from each lake, covering winter flood overflows as well as other unallocated reservoir water, according to SSJ district board member Matt Turrentine.

"You would think that the entire Salinas River system would be fully allocated, but it's not," Turrentine said. "That's a real opportunity because that's water that's right here in the county, that could solve the problem in Paso at significant expense, for sure, but less expensive than [water] cutbacks that destroy the economy."

The district, with its roughly 70 landowners and 135,000 acres of mostly vineyard farming, is proposing to pay for the infrastructure needed to deliver the water to the eastern part of the basin, by Huer Huero Creek, at a proposed recharge facility. The water would belong to district members, but Turrentine said that the project would lead to a more balanced basin.

"This is not just for the benefit of Shandon. We're trying to achieve sustainability for the basin," Turrentine said. "We want to erase the overdraft."

The SSJ Water District is one of four public agencies partnering under state law to bring the basin into sustainability. At least one of those other partners is an early opponent to the project.

SLO County—represented by Arnold and 1st District Supervisor John Peschong at the Paso Basin Cooperative Committee—will consider sending a letter to the state opposing the SSJ district applications at a May 4 Board of Supervisors meeting. Arnold and Peschong requested the letter during an April 20 meeting.

"These applications represent more of a private entity coming in and asking to basically own or have the rights to the extra water that happens in good flood years," Arnold told New Times. "I continue to think that our groundwater and our rainwater that moves through the watershed, that recharges our North County, in my mind, best serves the public when it's considered a public natural resource."

Arnold said that the county and other local agencies have different plans in the works for the two reservoirs and their overflow water. Those include transferring Lake Nacimiento water to Lake San Antonio via a new pipeline (a Monterey County project), and raising the dam at Santa Margarita Lake. She said the county's letter to the state would communicate that the county was not consulted by the SSJ Water District on its application.

"They just went and did it on their own," she said.

Turrentine said he hopes his district can gain the county's and other agencies' support as the applications move forward. He called the opportunity "very exciting" and said "there's a long process ahead."

"There's a lot of to unpack. We want to collaborate with everybody," he said. "Hopefully, this is ultimately a project that is a collaboration between the four [groundwater sustainability agencies], but somebody had to step to the front of the line and file so we have something to talk about. We're at the front of the line for this water, so we have a good chance of actually getting it to Paso Robles." Δ