What was planned as a preliminary discussion about a potential medical marijuana ordinance at the July 26 San Luis Obispo Board of Supervisors meeting morphed into a push for urgency regulations to ban new plantings in unincorporated areas across the county. 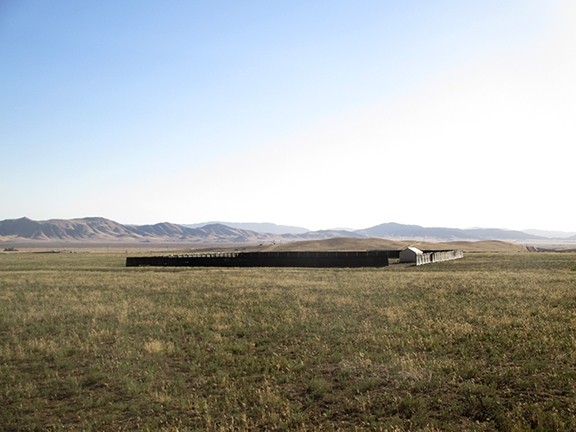 The board voted 3-2, with 2nd District Supervisor Bruce Gibson and 3rd District Supervisor Adam Hill opposed, to draft an urgency ordinance that could restrict new cultivation and ban it in certain areas. The decision was made after SLO County Sheriff Ian Parkinson sounded the alarm about the rapid proliferation of cannabis cultivation in rural areas, especially the California Valley, a remote community in the county's southeastern corner.

Parkinson urged the board to create a stopgap measure while they move forward with the permanent ordinance, which is scheduled to be completed next spring, possibly later.

"To me, to wait until next April at the best"as I see the flow chart"is not acceptable. ... We need something today," he said. "This is not about me stepping up here and saying we need to get rid of marijuana. That ship has sailed. I think we need control of what's happening in our county."

His concerns were echoed by 5th Distric Supervisor Debbie Arnold and 4th District Supervisor Lynn Compton, who've both raised questions about the exponential increase of marijuana grows in their districts"whether they're legal or illegaL"and the safety and environmental impacts that come with them.

In June, New Times reported on intensifying concerns in the California Valley, where more than 100 grows have popped up across the flat, dusty land. Several are on vacant 2 1/2 acre parcels that checker the area, out in the open with only a black-mesh dust fence between the plants and the road.

Code enforcement has addressed the issue in an all-inclusive enforcement effort that's netted more than 100 code violations, many of which include marijuana grows. Since then, Code Enforcement Supervisor Art Trinidade said the number of grows has climbed to nearly 200. Thus far, the majority of those grows are determined to be legal under California medical marijuana laws.

It's been likened to a gold rush, and many growers have come from outside the county to take advantage of cheap land and lax policies, compared to nearby counties that have banned cultivation. Many worry that crime will follow, or that the grows will overstress the limited water supply and other infrastructural resources.

"At the end of the day, we're all in the same game here, everybody in this room," Parkinson said. "We've got the end of season coming up, we've got harvest coming up, and I'll be honest, there is no protected area there when it's time to harvest."

Patty Nolan, who's been among the more outspoken California Valley residents on the issue, said she's gotten the impression from friends in the Central Valley that gang members may come and rob growers during harvest time.

"They just want to come over and make California Valley their new girlfriend. And I mean that in the most serious way," she said.

Some longtime residents or SLO County locals who grow in the California Valley object to the characterizations, saying there's a wide spectrum of actors involved.

Parkinson did recognize that by the time any urgency ordinance is passed it will be so late in the growing season that grows won't be stopped this year. But he urged action nonetheless, saying that it would draw a line to limit any future influx.

Both Gibson and Hill showed some doubt in the need for urgent action on the matter and expressed caution that such an ordinance may inadvertently harm some of the more responsible growers. They said they wouldn't rule out an urgency ordinance, which requires a four-fifths majority to pass.

The discussion oscillated between comments on the proposed permanent ordinance and ongoing concerns surrounding the California Valley, which county officials said boils down to a health, safety, and welfare concern.

The board will consider an urgency ordinance on Aug. 23. Thus far, county staff said it's likely that multiple options will be presented to the board, including the proposal recommended by Arnold to ban all new grow sites in areas zoned residential suburban, which includes most of the California Valley and parts of Nipomo.